The Magic and Power of a Wink 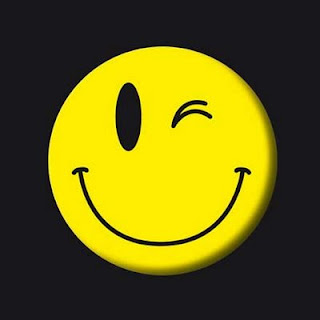 You can't use it often, but if you choose your moment carefully, a wink is a powerful tool to have in your social repertoire.  Why a wink?  Because it's almost always unexpected, and, being so, causes a reaction.  A wink at the absolutely right time can create magic.


When is it appropriate?  Consider the following possibilities. 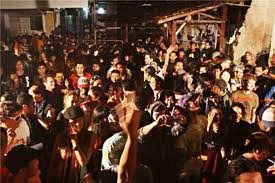 A.  Seduction.  Oscar Hammerstein wrote: "Some enchanted evening, you may see a stranger across a crowded room, and somehow you know—you know even then—that somehow you'll see her again and again."  He then advised "fly to her side and make her your own," but in a crowded room that's not always possible.  If you have a tremendous attraction to another person, and—this is very important or you'll look like a fool—that attraction is mutual, a little smile and a deliberate wink can convey this message: "I'm interested in meeting you."  Notice that I said a "deliberate wink."  By that I mean that it must be an obvious wink, leaving no doubt that it occurred.  You don't want the object of your affection wondering if he/she really saw a wink or not.  How do you make sure?  Hold the wink just a split second longer than a blink.  But you don't want to go too far and look ridiculous.  Practice in a mirror until you have a wink Cary Grant would be proud of.

B.  A Message.  All winks are a message of some sort, but here I mean a secret message that only the person being winked at will see and decode.  For example, in tournament bridge it's against the rules to compliment your partner after a hand has been played if he/she played the hand well.  Why?  The rule is designed to prevent "gloating."  But if my partner has played well and the opponents therefore did badly on that hand, I sometimes will catch my partner's eye and wink.  This conveys the idea of both "Congratulations" and "Hey, we did good!"

C.  I'm Lying.  Say you and your spouse are trapped in an awkward social situation and need to escape.  Think up some fictional pressing obligation, wink at your spouse as you announce it, and trust he/she will back you up.  You could say, "Well, we need to get home because Whitley will be arriving early and we have to pick him up," even though in truth there is no Whitley in your future.  The wink asks your partner for backup, and if he/she is alert it will be forthcoming: "Oh, goodness!  That's right—we have to go!"  Just don't let anyone else see the wink (that's important for most of the winks described in this post) and the two of you will be out the door in a flash.

D.  Deliberate Confusion.
I've always had a preternaturally loud voice, and it's been valuable on more than one occasion.  At the early gay pride marches here in Columbus, Ohio, there were always religious protestors on the sidewalks, holding ugly signs, yelling messages about going to hell, their children at their side.  There was one particular minister who waved his bible and got the protestors foaming at the mouth, and I singled him out for the first couple of parades and moved up close to him as I yelled at the gay marchers: "THIS MAN IS PREACHING HATRED IN THE NAME OF GOD.  SHAME ON HIM!  LET'S TELL HIM THE TRUTH: GOD LOVES GAYS!  GOD LOVES GAYS!  GOD LOVES GAYS!"  The marchers would pick up the chant and the religious protestors were drowned out.  After the first couple of marches where this happened, at subsequent parades this particular minister would disappear when he saw me coming, which was just fine.


In 2001, for the twentieth anniversary of the founding of Stonewall Columbus, our local gay group, some of the founders and early gay rights activists were chosen to ride in the parade in open-air cars.  I was supposed to ride with Craig Covey, the first president of the organization, but he was unable to make it, so I ended up alone in a 1969 (fittingly the year of the Stonewall riots that started modern gay history) Cadillac DeVille, driven by David Fleisher of the Lambda Car Club, and it was a real beauty.  I tried to get the young marchers surrounding the car (see photo) to do some of the old chants, but that led nowhere.  The major reason was that  we were followed by a float with loud music and singing, and it was almost impossible to hear anything else.  As the Cadillac drove the parade route, various sympathetic groups watching from the sidewalks would break out in applause.  At first I thought this was for me, which was flattering, but it soon became obvious that they were really applauding the stunning car. 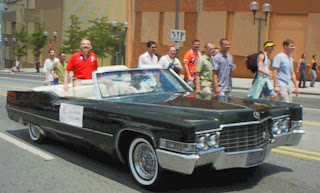 As we neared the heart of downtown, there were a large number of religious protestors (500 I was later told) bunched along one particular block.  One of these people was arrested that day for burning a gay flag (a fire hazard violation).  These protestors were chanting something, but again the music defeated their efforts.  Twice a man from these protestors came running up to the car, bible in hand, and yelled something at me in a threatening tone.  In each case the result was identical.  As this man looked me, hatred flaring his nostrils, I smiled and winked at him.  You could see the shock on his face (was I making fun of him or—even worse—coming on to him?), but before he could react, I winked again.  Readers, I am here to tell you that he didn't like being winked at, but in each case before he could do anything more the car moved on.  Both men had come up to the car to annoy or startle me, and both had retreated in confusion, not sure what to think.