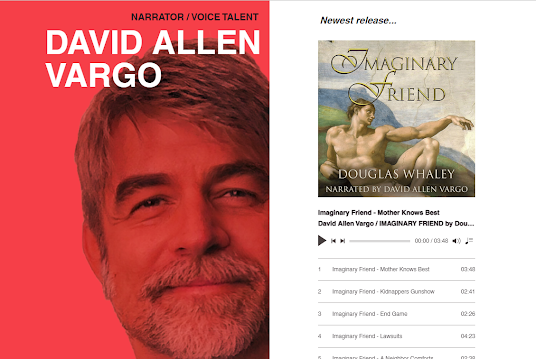 MY NOVEL "IMAGINARY FRIEND" IS NOW AN AUDIO BOOK!      In 2008 I published my first novel, “Imaginary Friend,” a thriller, and it sold well.   The reviews on Amazon are splendid.   I went around the country (and, via the internet, even to Nottingham, England!) giving readings from the book.   Much happens in my thriller.   It begins at halftime during an Ohio State football game when a terrorist bomb explodes, killing thousands.   Franklin Whitestone, a lawyer, is trapped in the debris overnight, but becomes an instant celebrity the next morning as excavation opens a hole in the wall and 53 people escape while Franklin heroically keeps the gap from closing.   That very night on a national TV call-in show he is asked by one caller if God aided him during this rescue, and he (having had a bit to drink before the show) replies that he didn’t need an “imaginary friend” in a situation where the terrorists used their version of God to justif
Post a Comment
Read more
More posts