Showing posts from June, 2013
Show all

Gay Marriage, the Supreme Court, and the Future 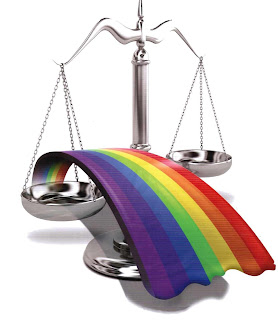 In a prior blog I predicted that the Supreme Court would strike down the federal portion of the Defense of Marriage Act (DOMA), but would duck the big questions in the California case which had the potential to create a right for gays to be married in all states.   That proved to be correct, and while we all might have hoped for that bigger result, today’s two decisions are major steps forward in the advancement of gay marriage.   Let’s deal with the DOMA case first. A.   The Defense of Marriage Case: United States v. Windsor Edith Windsor and Thea Spyer The federal Defense of Marriage Act was signed into law by President Clinton in 1996.   The part of the statute under attack in this case is the portion stating that the federal government will not recognize gay marriages even if states do.   The plaintiff Edith Windsor had married Thea Spyer in Canada (2007), though both were citizens of New York when Spyer died two years later.   At that time the State of New York woul
3 comments
Read more

A Homophobic Organization Throws in the Towel: Goodbye to Exodus International 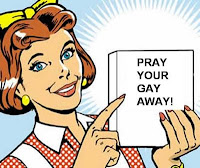 For decades Exodus International has been a Christian organization with the goal of changing gay people into straight people, primarily using the power of prayer, much counseling, and various activities (such as avoiding gay situations, shunning all male environments (for   men) or female environments (for women), learning how to be more butch (for men) or girlish (for women), and similar nonsense.   This has never worked, but that didn’t stop Exodus International from having a 37 year run. Mr. Chambers All that has now ended.   This week Exodus International, through its President Alan Chambers, announced that it’s closing its doors forever.   Amazingly, this included an apology from Mr. Chambers, a married man who confessed that he himself still has homosexual urges.   He acknowledged that during his Presidency he’s heard numerous horror stories of gays who came to Exodus believing its message that change to heterosexuality is possible, stories about very religious peopl
Post a Comment
Read more 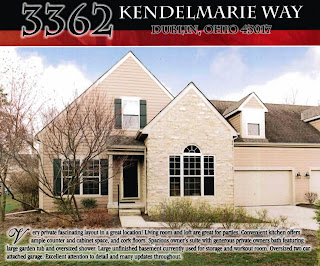 I returned to Ohio in early April after my three month snowbirding experience in Fort Lauderdale, Florida, with the need to sell the condo in which I’ve lived for almost seven years so I can then move back to the Sunshine State and begin life anew.   So I promptly put my condo on the market, and made some changes to make it more attractive to potential buyers. [Click to enlarge] At the same time my increasing age is catching up with me, so it was clearly time to deal with my knees, which are mysteriously older than the rest of me.   The more evil of the two is my right knee, and it’s been bothering me a good deal for the last couple of years.   The left also has its pains, but the right one is the major sadist.   I ended up in the office of Dr. Andrew Glassman of the Ohio State Hospital faculty.   He asked me how often I thought about the problems with my right knee.   Ten times a day, he guessed?   More than that, I responded: every time I stand up or sit down or climb into a c
Post a Comment
Read more
More posts