Showing posts from August, 2016
Show all

Give Me Back My Spleen and Other Adventures from Surgery 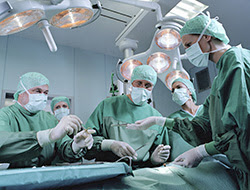 I know it sounds like an exaggeration, but I’ve had over 50 surgeries in my life.  By “surgeries” I mean any procedure in which medical cutting was done on my body.    Some of these were small (cataract surgeries in both eyes) or lasik surgery, for example, but others were major (most obviously the heart transplant in 2009).    The first happened when I was in second grade and had my tonsils removed, and the most recent was last week when I had a cyst removed from my pancreas.    I ruptured my appendix in 1978 and this led to my belly being sliced open six times in major surgeries; for the blog post on point see   http: //douglaswhaley.blogspot.com/2010/08/first-time-i-nearly-died.html .    Then, before the heart transplant, there occurred much slicing open of my upper chest to take in and pull out a defibrillator (it kept malfunctioning).    At one point I had major problems with my nose which led to my turbinates being cut away by lasers.    And in 2013 I had a total k
Post a Comment
Read more 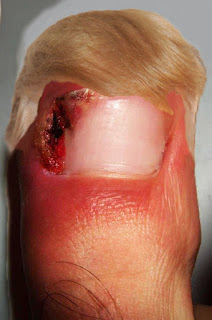 “Horrible but fascinating, and hard not to stare at over and over.”     That’s my analogy between Donald Trump running for president and closely inspecting one’s own badly infected big toe.  My blog is usually about things other than politics, as steady readers will certainly know, but in 2016 I keep coming back to The Donald because he’s mesmerizing.  I promise to stop, at least for awhile, and in the future write about other topics, but right now I can’t stop marveling at the impossibility that this madness is really going on. There is no way anything as outrageous as the Donald Trump campaign could be this close to the presidency of the United States, with the man at its top so outrageously unqualified for the office—that scenario surely is fiction, or a joke, or a skit on Saturday Night Live, or a ridiculous dream.  Like huge numbers of people the world over, I find myself guiltily rubbernecking at this traffic wreck in progress, not quite believing it’s real.
Post a Comment
Read more
More posts