Showing posts from June, 2015
Show all

Married At Last! A Gay Lawyer Looks at What the Supreme Court Actually Said About Same-Sex Marriage 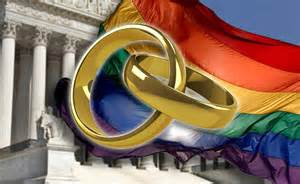 It was a surprise last Friday when the United States Supreme Court handed down the decision in Obergefell v. Hodges , the gay marriage case on appeal from the Sixth Circuit here in Ohio.   No one really expected the decision until Monday, when the Court would be done for the year.   It is so controversial I’d predicted the Court would throw it from the airplane door as they left National Airport; see http://douglaswhaley.blogspot.com/2015/04/oral-arguments-on-gay-marriage-in.html .   Bravely, however, they handed it down while still in town.    The oral arguments had scared me (as I mentioned in the above-cited blog post) when even the liberal judges questioned whether it was proper for unelected judges to be deciding such a big question of national importance, but in the end the predictable five-to-four majority (four liberals plus swing-vote Anthony Kennedy versus the four conservatives) came out in favor of striking down gay marriage bans in the four states (Ohio, Michig
1 comment
Read more 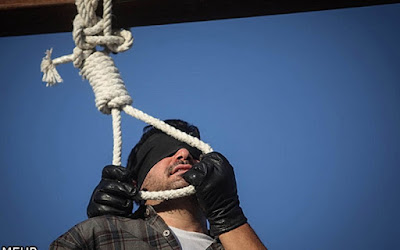 In western countries like the United States we take for granted concepts like freedom of speech and religion and, in recent years, tolerance for the idea that gay people should be treated like everyone else.   In these societies it’s easy to forget that in much of the world the very opposite is true.   In Russia, for example, there is a startling return to the totalitarianism of the former Soviet Union and dissent is punished severely, and it is now illegal in that country to advocate homosexuality (and practicing it can get you killed, while your killer will walk away whistling).    Moscow Anti-Gay Pride Riot In Islam-dominated countries Muslims are not allowed free speech, and Muslims who leave their faith (and particularly those who become nonbelievers) are subject to death.   Thirteen of these countries sanction execution for blasphemy: Afghanistan, Malaysia, Maldives, Mauritania, Nigeria, Pakistan, Iran, Qatar, Saudi Arabia, Somalia, Sudan, the United Arab E
Post a Comment
Read more
More posts