Showing posts from October, 2015
Show all

Five years ago Senator Bernie Sanders (I, Vt.) made an amazing speech on the Senate floor outlining how the rich have taken over the country and are ruining it for everyone else.  I thought it was a major wakeup call and so I recorded it and showed it to my friends.  It can be found on YouTube at https://www.youtube.com/watch?v=qU2P6OAbevw .   The speech will be familiar to those who have been listening to his current speeches as a candidate for the Democratic nomination, except since then things have gotten worse due to the Supreme Court’s outrageous Citizens United decision, which struck down limitations on how much the rich can spend on buying elections.  I endorse fully all of Senator Sanders’s remarks on the financial disparity existing in this country and how important it is to do something about it immediately.  With things as they are Congress is bought and paid for by the rich, and the current deadlock there will continue until this is no longer the case.  I also fav
5 comments
Read more 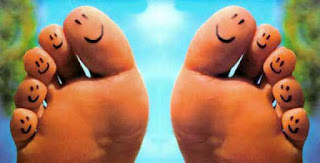 We’re very much aware of periods in our lives when troubles mount and we’re overwhelmed by miserable events which pile one atop another.   As Shakespeare says, “When sorrows come, they come not single spies, but in battalions!”   We are less likely to take note of the opposite: those rare times when goods things also come in “battalions.”   I’m experiencing that now, and . . . well . . . it’s wonderful!    There was a time in the early 80s up through the mid-90s when I was much involved in gay rights here in Columbus, Ohio.   I’ve written about this in other posts [see “The History of Gay Rights in Columbus,” http://douglaswhaley.blogspot.com/2012/06/history-of-gay-rights-in-columbus.html ], and won’t go into detail here except to say that I was one of the people who helped found Stonewall Columbus, our LGBT organization, in 1981, and am proud of the work we all did in those days to make our city known as one of the most gay-friendly spots in the country.   Our gay pr
Post a Comment
Read more
More posts