Showing posts from October, 2016
Show all

The Emperor Caligula, Gross Indecency, and the Killing of Oscar Wilde 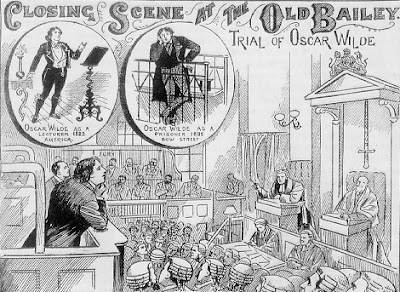 Among the cruelest things the Emperor Caligula did when he ruled the Roman Empire was to have the laws he’d promulgated written at the very top of tall columns where no one could read them.  Caligula then happily called unwitting violators “criminals” and doled out sentences that amused him. When it comes to punishing homosexuals for things they do in private, statutes were enacted that sometimes prohibited “the crime against nature,” with no explanation of what that meant.  In some jurisdictions there was an expansion: “detestable and abominable (or abominable and detestable, or, sometimes, infamous) crime against nature, committed with mankind or beast” or “the abominable crime against nature which no man may utter.”  Other statutes punished an unexplained conduct called “carnal knowledge.”  When these statutes were attacked in the United States as violating the Fourteen Amendment's requirement of “due process” because they were so vague, th
Post a Comment
Read more
More posts