Showing posts from January, 2010
Show all

The Socratic Dialog In Law Schools 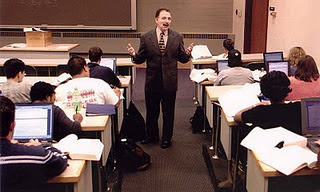 .       If you read your Plato, you know that Socrates arrived at the truth by asking a series of questions of the person he was trying to convince. This is hard to do, but it is the way most law school classes are taught, and, if done right, is a splendid way to teach students how to think about legal issues as well as learning the legal rules and the policies behind them. I always found such an exchange great fun if the student was receptive to the conversation. But if he/she was scared or unprepared or whatever, and did not participate with any enthusiasm, I would first make an effort to solve the problem (“Ms. Smith, you are thinking about how I just called on you, and what your classmates will think about your answers, but forget all that. I want to know what you as a thinking human being can make of the issue at hand. For example, if you were on a jury and the verdict depended on whether to believe the used car dealer or the consumer
1 comment
Read more

How I Became a Law Professor

January 27, 2010
Becoming a law professor was largely the result of an alphabetical accident. When I was an undergraduate at the University of Maryland (long story as to how I got there), my parents (Dad still being a colonel in the Air Force) were stationed on the island of Bermuda (where I also spent a year, another long story), but then in my senior year at Maryland Dad was transferred to Randolph Air Force Base in San Antonio. Since I had not seen them often when they were half an ocean away, I asked my Maryland Faculty Advisor if there was a good law school near Texas, and she replied that Texas was a very good law school. So I applied to the University of Texas and was promptly accepted, with a starting date of September, 1965. At Maryland (and indeed during all of my education to that point), I could make A’s if I applied myself, which usually I did only in the courses that I liked. The others I could make B’s in without much effort (except the Microbiology disaster, which required me, a night
1 comment
Read more

About That Heart Transplant

January 24, 2010
I realized that I began this blog without saying much about the heart transplant itself. The reason for that is that most people who would read the blog already knew the story (and now may allow their attention to wander). But for the rest of you, here goes: I have had a failing heart since 1999 when I developed atrial fibrillation and an enlarged heart. For the next ten years I was treated by a cardiologist at Ohio State University’s Ross Heart Hospital, and it was clear that my heart was failing. In January of 2009 I qualified for the heart transplant list, but because I was still able to get out and about, I was not high on the list. As recently as October I was told that the transplant would likely take place in 2010, probably in the spring. It is one thing intellectually to think you are getting a heart transplant in 2010, and quite another to have a morning phone call (I was working at the computer) on Nov. 23: "Mr. Whaley, we have a heart for you." It was the most
3 comments
Read more 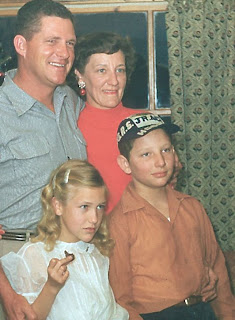 In thinking about how long my life might now last, it occurred to me that as of March of this year, I will have lived longer than did either of my parents, Robert and LeNore Whaley. They both died of cigarettes: Dad at 61 in 1980, and Mom five years later. He had a series of heart attacks, and she had an ugly death from emphysema. I miss them both very much. They were wonderful people, very much in love since their marriage right after Pearl Harbor in 1941, until the end. I had a happy childhood, as did my sister Mary Beth, and we were very lucky to have been raised by such intelligent, funny, and caring people. No one had more fun than the two of them did. They were both very athletic, being champion amateur golfers (they won the Bermuda Amateur Couples Golf Tournament in the 1960s), bowlers (when Dad, who was an Air Force officer until he retired---and I talked him into following me through law school; long story there for another day---was stationed in Japan, Mom bowled the hig
Post a Comment
Read more

January 17, 2010
It was like a dark comedy for me to escape from the Ross Heart Hospital at Ohio State earlier this month. This adventure had me playing Houdini, bleeding, and losing things. Because I was running a fever in the evenings, per doctor’s orders I went into the hospital on Monday, Dec. 28th, and should have been discharged well before the end of the week. Alas, it was New Year’s week, and the labs closed down, so I was stuck there until the following Monday when the lab results confirmed what the doctors had already deduced: I had fungal infection in the lungs, treatable with pills. A prescription for the pills was sent to the pharmacy right there in the hospital, so that I could pick them up as soon as I was discharged. I had been campaigning with the doctors to let me out on that Monday, and finally, shortly after noon, they said okay. The difficulty was that at 2:15 that same afternoon I was scheduled for a visit with Dr. Sun, who had performed the heart transplant and wanted to see
1 comment
Read more

The Flag Counter (first posted on January 12, 2010) turned out to be very inaccurate, undercounting steadily, and not displaying flags from countries that did visit the site. On August 20, 2010, I added a new StatCounter, which also tracks visitors (including their city and country, and itself has flag replicas). Its use demonstrated that Flag Counter was missing huge numbers of visitors each day! According to StatCounter I have around 700 new visitors each month. At that rate the real count at the end of October, 2010 should have been something like 7000, but Flag Counter hadn't yet reached 2000 at that point (and doesn't even have the flags counted correctly on its own chart, listing twelve on the chart, but if you click on the chart for more information, it then lists thirteen). As of October 31, 2010, 56 countries have visited the blog! That amazes me! Nepal? I only vaguely believe Nepal exists, much less that someone in Katmandu is reading my blog! I didn't begin cou
1 comment
Read more

New Year’s Party Without the Host

January 07, 2010
In early November I started inviting people to a New Year’s Eve party at my house, and the invitations were casual: email, face to face, phone. One reason for the party is that my son Clayton and his wife Maria were flying in from Seattle for New Year’s and I hadn’t seen them in a year and a half. Then right before Thanksgiving I received my new heart (see original post if that is news), but there was no way to call off the party since I couldn’t remember who all I’d invited. That didn’t much matter as my medical advisor said I could be there if I wore a mask. I told people that at midnight I was going to have my first martini in nine years (I quit drinking New Year’s 2000-01). So much for plans. New Year’s Eve was on a Thursday, as you know, but on Monday I reported to my doctor that I’d run a fever on 101° the night before, and he condemned me to the hospital immediately. I thought I would be in overnight (as would have been the case any other week), but no; I was in for EIGHT
1 comment
Read more
More posts