Showing posts from May, 2014
Show all

My Husband, the Actor 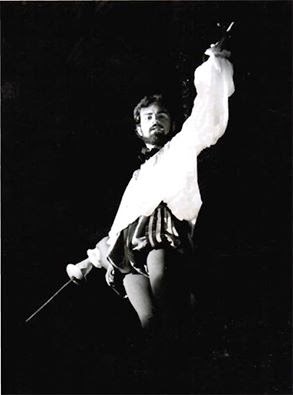 When I married David Vargo last November I knew he was a fine actor and that he’d done much   professional work earlier in life.   But last month all of his things from Florida were finally brought to our home in Ohio and he’s been unpacking them.   As this happened I’ve asked him to particularly share theatrical memorabilia, and what a treasure trove that has produced!   This blog highlights some of his adventures on the stage. David started early.   Here he is mugging on the stage in Oscar Wilde’s “Birthday of the Infanta” at a Florida Theater Convention in 1964 when he was only six: [Click To Enlarge] David starred in plays in both high school and college.   His reviews were terrific.   In 1978, when he was 20, he appeared as one of the leads in Broward Community College’s production of the musical “The Roar of the Greasepaint, the Smell of the Crowd.”   A review in the Hollywood FL Sun-Tattler was headed “David Vargo Gives Stunning Performance,” and in pra
Post a Comment
Read more

Satan in Oklahoma, Prayers in the Supreme Court: All Hell Breaks Loose 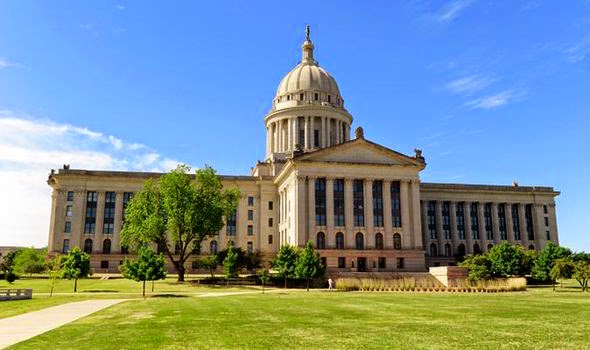 Oklahoma Statehouse Some interesting things are coming together at the same time.   In Oklahoma there’s a push to erect a monument to Satan which would be erected right next to a display of the Ten Commandments on the State Capital grounds.   The latter was placed there in 2012, a donation from one of the legislators, and it immediately birthed a lawsuit by the American Civil Liberties Union demanding it be removed because putting up the Ten Commandments violated the Constitution’s restriction against favoring one religion over another.   Ah, but is Satanism a real religion?   Apparently so, according to Wikipedia, and, indeed, a Satanist already won a Supreme Court case back in 2005 allowing him to practice his religion while in prison.   If you’re shocked by the idea of a statue to Satan on public property, wait until you see the statue itself.   Here is a photo: The Satanists are having the statue built in New York and also taking the precaution of making a mold so th
1 comment
Read more
More posts