Showing posts from July, 2015
Show all

How To Cure Homophobia 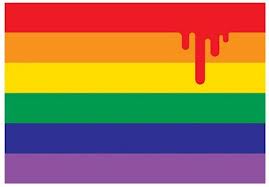 Whether you were sent this blog post by someone who loves you or you found it yourself, I’m assuming you’re troubled by the fact that there are gay people in your world and either wish that (a) they weren’t gay, (b) they’d hide their gayness the way they used to, (c) they’d change over to being straight, (e) they’d get out of your life, or (f) ____________ (fill in the blank). It must be very frustrating to be labeled as a “homophobe,” a derogatory term, and one now used by a minority and pinned on those who were the majority of people on the planet (and probably still are).  A phobia is a fear of something, and, most likely, you don’t fear gays, you just don’t like the idea of homosexuality, a different issue entirely.   Even worse “homophobe” is lumped in with ugly epitaphs such as “racist,” “sexist,” or “prejudiced,” and you are not any of those things. Perhaps your religion condemns homosexuality and you are a very religious person.   The Quran does thi
Post a Comment
Read more 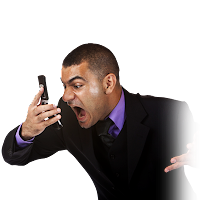 One of the existential questions facing all TV watchers these days is “Should I cut the cord?”, which is the current lingo for breaking off from traditional television, stopping your cable service or satellite reception, and relying only on streaming media via your computer or other devices.   Like many others before us, my husband and I were suspicious of this possibility, and we began by exploring what those various services (Netflix, Amazon Instant Video, Hula, etc.) had to offer. That led to us being hooked on “House of Cards” (amazing television), “Transparent,” “Orange Is the New Black,” and more, while appreciating that it was possible to follow our favorite TV shows (well, most of them) in this same manner. The Offending Product We bought a Sony Blu-Ray DVD player and connected it to our wi-fi network, and for a few months things went well as we used it to stream these services, but then it started having major problems connecting to the internet.   I brough
2 comments
Read more

What Should You Know About Gay History? 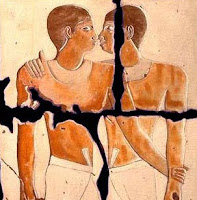 Anyone might be interested in this topic, but gay people in particular should have some basic knowledge of how we got where we are today. Most people in the LGBT community assume that gay history really begins with the Stonewall riots in New York City in 1969, and it is certainly true that the modern dramatic progress for homosexual civil rights springs from that moment.   But as to that: “B.S.” (as the character Harry Hay says in “The Temperamentals” which I am directing for Evolution Theatre Company here in Columbus, opening July 8th)— “Before Stonewall” there were millennia of gay people struggling to cope with the same urges that in the 21 st century are finally allowing millions to troop to the altar.   There is a rich and exciting history out there and in this post I’d like to summarize the basics for you. ﻿ Josephine Baker If you’re a gay man or woman you should be familiar with these tales and able to see how they relate to the current problems of the move
Post a Comment
Read more
More posts