Showing posts from July, 2010
Show all

No Pennies in My Pockets 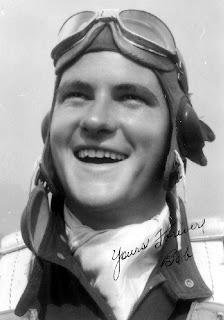 For today’s post we have a guest author: my father. In 1969 he submitted the following story to Reader’s Digest, and worked for months with an editor who wanted to publish it. Then the editor suddenly died, and the manuscript was returned to Dad. I thought you might enjoy it. ________________________________________ No Pennies in My Pockets by Lt. Col. Robert E. Whaley, USAF For twenty-three years I have not put a penny in my pocket, nor have I put on a garment without first searching the pockets for one. It’s become a habit so deeply seated that it could not possibly be broken, forgotten, or disregarded. If I am reasonably close to my car, house, or office, I hold the pennies in my hand until getting to a place where they can be put and saved. Otherwise I given them to friends, add them to tips, drop them in plant pots, or throw them away (only to sometimes have them returned by helpful strangers). It was 1942. I was a newly commissioned 2nd Lieutenant in the U.S. Army Air
1 comment
Read more 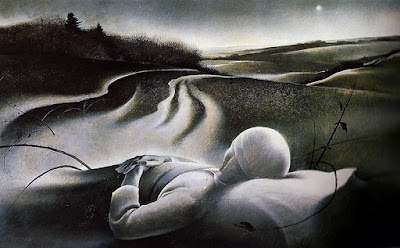 Have a big decision to make? Take a job, start or terminate a relationship, move to another state or even a new country, do something that might make an enemy, or, worse, be illegal?  How should we make major choices which might be life altering?  When I retired from law teaching in 2004, the graduating class asked me to give a talk to them in the law school auditorium in the last week before we all left law school. My little speech was entitled “Five Things I Wish I’d Known When I Was Graduating From Law School,” and this post is about one of those: the “deathbed test.” First a little introduction. I was riding is a cab in Washington, D.C., once when some idiot driver cut us off and nearly caused an accident. I was furious (given that my possible unexpected death bothers me), but the driver was more or less nonplussed. How, I asked him, amazed, did he stay so calm when other drivers behaved like morons? He laughed and said it happens so much that if he let it u
Post a Comment
Read more

Buying Moonshine in the Wilds of Tennessee 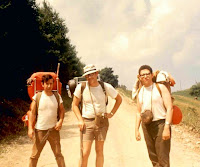 I joined the Indiana University Indianapolis Law School, where I first started teaching, in January of 1970 (see “How I Became a Law Professor,” January 27, 2010). That summer two of the members of the faculty, Ronald Polston and Rodric Schoen and I (for reasons I don’t remember—this sort of thing was not in my usual repertoire, not even at age 26) decided to hike the Appalachian Trail from eastern Tennessee through the Great Smokey Mountain Park into North Carolina. I decided to keep a journal of this adventure, and the first entry (marked “Indianapolis 8/23/70, 5:40 a.m.”) simply says “If God had meant us to be awake at this hour he wouldn’t have given us daylight. Ron, our putative leader, promises me the trail will be all downhill in an uphill sort of way. What am I doing?” We drove to Cosby, Tennessee, left Ron’s van at a small motel there, and then the hike began in earnest. At the motel the night before Ron had snored with the stutter of a malfunctioning vacuum cleaner, but
Post a Comment
Read more

Dad and the Cop Killer 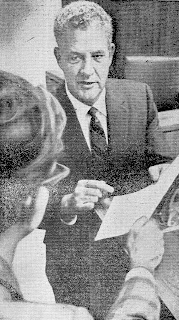 Perry Johnson, though only fifteen, had a lengthy record of thefts and burglaries, and had been through the prison system a number of times when on the evening of March 25, 1972, he broke into Oliver Wendell Holmes Junior High School in Dallas, Texas, to raid the candy machine. This triggered a silent alarm and a young patrolman named Allen Camp responded quickly, coming upon Johnson almost immediately. Seeing how young the boy was, Officer Camp holstered his gun, and when the youngster fled, gave chase. Unfortunately the high school hall was wet from a recent janitorial scrubbing, and Camp slipped, fell, hit his head and was briefly knocked out. Johnson promptly returned, unholstered Camp’s .357 magnum revolver, and shot him in the chest as he lay on the floor, just coming to. Camp’s heart exploded, spreading blood everywhere in massive amounts. Johnson himself was soaked with it. Allen Camp, 21, had been on the force exactly one year and ten days. On the witness stand at Johnson’
Post a Comment
Read more

Yes, damn it, I know that to most everyone in authority it’s an evil weed and should be avoided. But marijuana has had its admirers. In 2737 b.c., Chinese Emperor Shennong named it as one of the “superior elixirs of immortality.” And (as Carl Sagan once said about himself), marijuana was a positive influence in my life, and this post tells you why. I have already written about how I happened to roll the first joint I ever smoked (see “I Married a Hippy,” April 14th, 2010), and while Charleyne and I indulged off and on thereafter, our major foray into a life where the evil weed was used more or less every free evening came in 1984 when we returned to Indianapolis from a year in North Carolina (where I had been a Visiting Professor at U. of N.C. for a school year), and we moved into a new condo on the south side of the city. Our next door neighbors were a vibrant young couple we shall call John and Mary, and even though we were older and should have been stronger, they seduced us de
Post a Comment
Read more

Hans and the Flag Counter 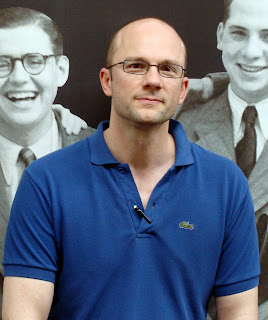 When my son and daughter-in-law announced last year that they were not planning on having children, that was ( sigh ) a blow. One of the strange consequences was that I started looking at my possessions, so carefully saved for decades, and wondering what to do with them. Clayton and Maria might want some minimal number of things, but I’d really been counting on passing items further down the line to descendents yet unknown. Now what? Ebay was the answer, so with little steps at first, and now a flood of activity, I’m selling off the things in my life, and having a good time doing it. In 1976, when I moved to Columbus to come out, I began buying, and, by the end of that year, subscribing, to the award-winning gay newsmagazine, The Advocate (twice it beat out Time and Newsweek for best newsmagazine of the year). It’s published every other month, and I’ve saved all my copies through the decades; they now fill sixteen large boxes. As I became more experienced at selling items on eBay, i
2 comments
Read more

“I Don’t Do Science”

Charleyne, my ex-wife, is a ballroom dancer, and at one of these events she was talking to a young man in his twenties. At some point he made an assertion that seemed obviously wrong to her, so she remarked, “All the scientific evidence is to the contrary.” His reply: “I don’t do science.” Her dry response: “Do you do gravity?” Not do science? How does the young man think his iPhone works? Magic? It terrifies me that anyone thinks it’s all right to go through life making decisions based on nothing more than “I heard it somewhere” (it used to be “I read it somewhere,” but for too many young people those days are past). In a world of instant communication of ideas across the globe, wrong information is not only unfortunate, but can be harmful, even deadly. The idea, being deliberately spread in Africa, that condoms cause AIDS, for example, makes me want to run screaming into the front yard, tearing at my hair, adding to my neighbors’ suspicions that I’m too weird for shoes. I’ve
Post a Comment
Read more
More posts