Showing posts from January, 2020
Show all

Another New Play of Mine Will Be Professionally Produced in April 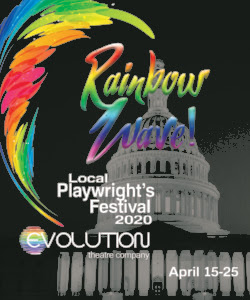 My play “The Turkey Men” (see Related Posts below) was a surprising success in the professional production it was given at Evolution Theatre here in Columbus this past October, selling more tickets than any play had ever done at Evolution (though four musicals had outsold it).  Recently “The Turkey Men” was nominated for a Theatre Roundtable Award as Best Play of the Year here in Columbus, and it is now being considered for performance in other cities.  Since it was the first play I’ve ever written I assumed it was once-off event in my life, but that has proven wrong. Evolution, which is the Columbus LGBTQ+ theater, announced that its 2020 season would begin with a Local Playwrights Festival of short plays, and submissions for a gay plays with governmental or political content were invited by January 1, 2020.   The plays were to be one act in length, with four of them then to be chosen for performance.   Mark Phillips Schwamberger, the Artistic Director of Evo
Post a Comment
Read more
More posts