Showing posts from April, 2010
Show all

How I Lost a Gay Marriage Debate

The First Unitarian Universalist Church of Columbus has monthly debates on hot topics on Friday nights (or at least used to do this). In 2003, I was asked by the coordinator of these events if I would debate the issue of gay marriage with a minister from a local church. That sounded interesting enough, and the debate occurred. What was interesting about it was the very conflicted young minister I was debating. His church’s interpretation of the Bible clearly deemed homosexuality a sin, but he was personally concerned over condemning good people to hell simply because of whom they loved. In his arguments he kept flopping back and forth. I said my usual things. When the debate ended and we were shaking hands, I discombobulated the minister by remarking that I hadn’t been needed at all; he was debating himself admirably. Perhaps cruelly, I then further startled him by predicting that before he died he himself would officiate at a gay wedding. When the UU coordinator called me the follo
1 comment
Read more

Struggling as they must with the enormous societal pressures brought to bear against them, many homosexuals spend considerable time musing about the causation of homosexuality. The rest of society has a polite interest in the subject, but to homosexuals the question is of greater moment. On its solution hinge weighty matters: civil rights for gays, religious tolerance, relief of parental guilt, the strictures of the law, classification as a mental illness, self-acceptance, and much more. If homosexuality is a chosen lifestyle, a “preference” open to whim, then it is easier for the fundamentalist preachers to justify the hatred they spit from their pulpits. Further, it is easier for those who have little interest in religion to remain undisturbed at the homophobia they or those around them distribute so casually. Most members of society have trouble fathoming why any sane individual would—frequently as a child—chose to become a “homosexual” with its attendant meanings of outlaw, lep
1 comment
Read more 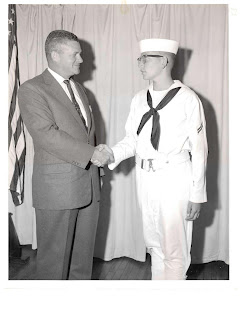 I have always written comic songs of a Tom Lehrer sort (and if you don’t know his brilliant work, investigate immediately and prepare to belly laugh). Indeed, in 1977 I put out an album called “Strange Songs,” which some people kindly deemed quite funny. My son Clayton and I wrote a variation of “Happy Birthday” entitled “Big Birthday,” to be sung by evil friends to someone celebrating any birthday ending in a zero (30th, 40th, etc.). It contains lines like “Every year, more people here are younger, friend, than you!” We’re currently working on a website to market it and make a vast fortune from the royalties. Even as a teenager I wrote such lyrics, with ideas pouring out of me more or less compulsively. And that is what got me into so much trouble at Great Lakes Naval Training Center outside Chicago in the late summer of 1961, when, fresh from high school, I joined the Navy as an enlisted man and took a train from Virginia to Illinois. Boot Camp was awful for many reasons, but I
Post a Comment
Read more

Catholicism and Me (Part Two)

April 18, 2010
Each person walks his/her own path to faith or non-faith. I respect that. I can only map my own journey. For Part One of that journey see the post of March 13th. As I’ve said before on this blog, my lifetime goal has been to know what’s true and what’s not. When young, I particularly wanted there to be a God and also for Catholicism to be his one and only religion, but the more I investigated the less likely either seemed. Any reading of the history of the Church reveals horror after horror where millions died because of its unforgivable cruelty. Take the Crusades: the body count is somewhere between one and nine million dead (about half of them Christians, the others being either “heathens” or unlucky bystanders). The Inquisition produced a relatively smaller number of “only” 6,000 deaths (and some experts plump for a much higher figure). Consider also the millennia of witch burnings (“Thou shalt not allow a witch to live,” thunders the Bible). Such atrocities were accomplished not
Post a Comment
Read more

I Married a Hippy 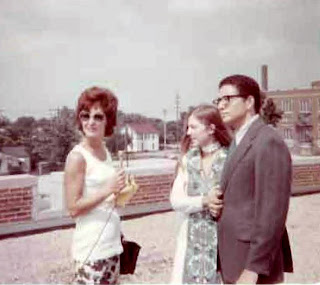 In the fall of 1970 I was giving a lecture on how to take a law school exam to my first-year Contracts students at the Indiana Indianapolis Law School when one of them, Charleyne Adolay, decided she was going to marry me. I barely knew her name, but apparently that was unimportant. Suddenly she seemed to be around a lot, dropping by my office, saying hello in the hall, which I certainly didn’t mind. I thought she was good fun to talk (and a beautiful woman). Early in 1971, while the course, which lasted the entire school year, was still going on, she called me one afternoon and asked if she could stop by that evening with a question. When I said, “Sure,” I assumed it would be about the course, but instead it was, “Have you ever smoked marijuana?” I had not, and I was shocked, and, well, intrigued. Before I could reply, she whipped out a pipe, some thin papers, matches, and a small bag of the stuff. She sat down at the piano and proceeded to try and roll a joint on the bench. Her ef
1 comment
Read more
More posts