Showing posts from November, 2012
Show all

How To Take a Law School Exam 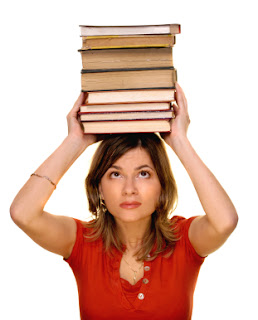 . A. GETTING STARTED 1.   Everyone gives you different advice.   Take what sounds right to you and ignore the rest.       2.   The best way to do well on exams is all too obvious: study !   Even if you’ve slacked off until now on this requirement, it's still not too late to put in the time.   Okay, studying is hard work, but whoever said you only get to do easy things in life?   This is your chosen profession—right?—so it deserves the massive effort necessary to acquire the knowledge to do your job competently. 3.    Clear up things you still don't understand that are necessary for the exam.   What are the foggy parts of your notes?   The difficult issues for you in this course?   If you can’t figure them out yourself, get help.   Ask your fellow students, consult other texts or student outlines, contact the professor.   But don’t leave major gaps in your knowledge unfilled. 4.     Try to organize the details into a bigger picture. But don't overdo it.   Tr
3 comments
Read more 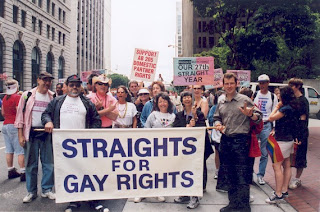 . When I was growing up in the middle of the last century homosexuals were the lowest of the low.   The clergy said they were sinners destined for the hottest spot in hell, the lawyers said they were criminals whose most private of sexual acts constituted a felony that could put them in prison for twenty years or more, and the doctors deemed them mentally ill but possibly treatable with procedures such as electric shock or mind-altering drugs. Last week the states of Maine, Maryland, and Washington, by vote of their citizens , allowed gay people to get married!   More than half of the people in the United States tell pollsters that they approve of gay marriage, and it’s now clear that the barriers to the treatment of LGBT people as ordinary citizens with ordinary rights are falling fast, one by one.   Gays can—at last—serve in the military, marry, adopt children, and the list goes on.   There are still battles to be fought: the elimination of the Defense of Marriage Act (which
Post a Comment
Read more

. I took two years’ worth of Spanish classes in high school, and two years more of Spanish in college, and there was a day when my Spanish was pretty good.   With dictionary in hand, I was even able to read books and plays in Spanish.   But like all learning, things you don’t practice will fade, and—alas—my Spanish is all but gone.   I feel sure that were I placed into a Spanish-speaking culture where no one spoke English it wouldn’t take me long to be able to converse on a rudimentary level, but that’s unlikely to happen.   One time when I was visiting my son in Seattle I was staying in a hotel room and needed two things: an extra pillow and to have my bathroom door fixed since it wouldn’t stay closed.   When the maid arrived I pointed these things out, but she said, “No English, Se ñ or.”   At this point, and to my own amazement that I remembered the question, I picked up a pillow and asked her “Como que dice?” (“What do you call this?”)   She replied “Almohada” (“pillow”).
1 comment
Read more
More posts