Showing posts from November, 2016
Show all

Calm Yourself: What Trump Can and Cannot Do About LGBT Rights 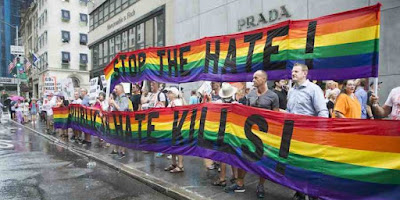 I am a law professor who has paid a lot of attention to gay rights for decades, and I am a gay activist who has worked to create and preserve our rights for over forty years.  My husband tells me that Facebook is filled with posts worrying that gays are in major trouble because of Trump’s election, and asked me to write this post explaining what can and cannot happen, and what’s likely to occur.   Let’s take the rumors one by one. 1.  Is Gay Marriage Ending? No.  The Supreme Court’s decision in  Obergefell v. Hodges  (2015) ruled that the United States Constitution requires that gays be given equal marriage rights with straights.  That will remain the law of the land until one of two things happens: (1)  an amendment to the Constitution is passed by Congress and the States saying otherwise (very unlikely—you couldn’t even get the process started in Congress), or (2) the Supreme Court itself overrules  Obergefell . The Court cannot act
Post a Comment
Read more 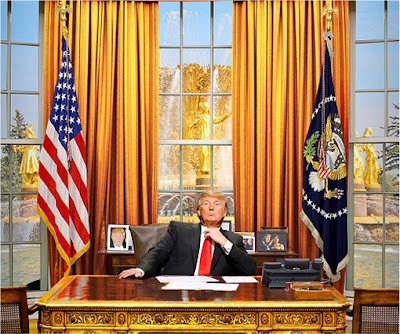 The 45th President of the United States The candidacy of Donald Trump began on June 16, 2015, almost a year and a half ago, and it finished this week with his election to the Presidency of the United States.  When it started on that June day, with The Donald attacking Mexicans as “rapists” and promising to build his now-famous wall along the entire southern border, no one in the world would have taken the bet that he would become the 45 th President of our country.  Everything that has happened since now seems like a nightmare to responsible people, both Democrats and Republicans, who are very certain that he is completely unprepared for the job. Stunned Voters Donald Trump liked running for the office, but no one who knows his history thinks he will actually enjoy being president.  Sure the ceremonial things will be fun for him and his gorgeous wife, but the daily grind of thinking about complicated matters that don’t interest him will drive him nuts.
Post a Comment
Read more
More posts