Showing posts from June, 2010
Show all

A 1972 Corvette and the Whole Camel 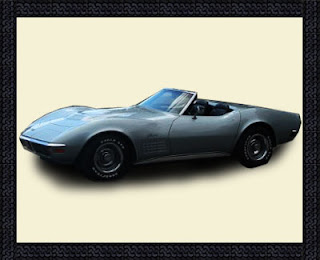 In my last post I reported on one of Dad's trials, and it occurred to me that it was time to write about one of my own. I began law teaching in 1970 (see "How I Accidentally Became a Law Professor" Jan. 20th), but then, at age 26 (I was constantly being mistaken for a student) I’d only been a lawyer a little over one year, and with almost no legal experience (and no trial work at all) I was embarrassed by how much of what I was saying was merely academic. Thus I began (with the law school's permission) to take on cases in order to gain experience. I selected the sort of consumer problems most attorneys wouldn't touch: health spas, swamp land in Florida, fraud, and, of course, lemon cars. What follows is a description of my very favorite lemon car case. I gave a bar review lecture on the law of Sales at Indiana University in Bloomington in the summer of 1972 (see “The Summer Bar Review Tours” post of June 15th). One of the recently-graduated students in attenda
Post a Comment
Read more 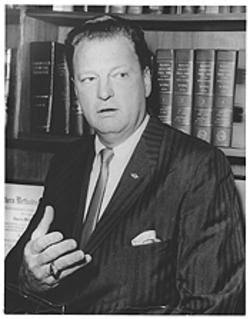 Prosecutors are quite jealous about their won/loss records, and that makes them leery of trying certain cases with dubious facts, sympathetic defendants, or talented defense lawyers. When my father, Robert Whaley, was a prosecutor for Dallas County, Texas, in the 1970s, he was afraid of nothing, but even he was dubious about what I shall call the “Smith” case, which none of the other prosecutors wanted to touch since all these elements combined to shout the words “Not Guilty” as the likely outcome. Ms. Smith was charged with Driving While Intoxicated (“D.W.I”) and Charles Tessmer was her defense attorney. Charles Tessmer (see photo) is known today as one of the greatest criminal defense attorneys in the history of the country. He tried over 1,000 cases, represented more than 175 people facing death but never had one executed, and has also done a great deal of appellate work, including three cases before the United States Supreme Court, winning two. His resume includes being past Pres
1 comment
Read more In a prior post [“Frightening the Horses” April 7] I described how I wrote and damned near published my first novel back in the early 90’s. After that sad failure, I put down my non-legal pen for over a decade, but as I neared retirement in 2004 I began to plot out a new novel. It was to be called “Imaginary Friend.” The genesis of the novel was the growing concern I had about how atheists are treated in American society. In a casual conversation it is almost considered rude to mention that you’re an atheist (while those around you have no such hesitation about bringing up God, or Jesus, or “blessing you” at any and all moments). In a 2003 Gallop poll 52% of those surveyed said they had an unfavorable or mostly unfavorable attitude about atheists; in another poll large numbers of people said that they would vote for a black, a Jew, a woman, or even a homosexual for president, but only 39% would pull the lever in favor of an openly atheist candidate. Discrimination against atheists,
Post a Comment
Read more 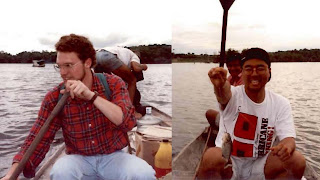 My son Clayton is a polyglot (one who speaks many languages). His talents first manifested themselves with an interest in learning Japanese, and the catalyst for that was meeting a man named Masakazu Hamasuna (“Masa”) when Clayton was a freshman at Miami University in Florida (1991). Masa, a Japanese national, was studying in the states, and they became (and still are) good friends. Masa suggested to Clayton that he might take a course in Japanese, and Clayton promptly did so. As the holidays approached, Clayton called me from Miami and said that his friend Masa was trapped in the United States during the break and had nowhere to go. So Clayton wondered if it would be all right if for one week he took Masa with him to Indianapolis, where Charleyne was living with her husband Gabe (whose daughter Terry, slightly older than Clayton, would also be home for Xmas), and then bring Masa to Columbus for a week with me and my partner Jerry. I said that was fine, but had he told Masa wh
Post a Comment
Read more 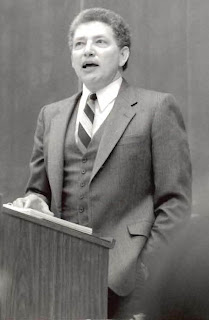 If you’ve just graduated from law school and are planning to take the bar exam in some state, you are well advised to pay for a bar preparation course (and it’s not cheap). These proceedings offer extensive lecture coverage of all the legal topics (commercial, property, criminal, evidence, torts, etc.) likely to be tested on the bar exam. Typically, the lectures are conducted five times a week, each lasting three hours (with two breaks), with video replays the next morning or afternoon. The students are also provided with study guides of intimidating size. Stir in the panic that graduates in this position feel (after all, their entire career is on the line), and it becomes quite an ordeal. In Florida one year, the bar examiners suddenly announced that only 50% percent of those taking the bar would be admitted to practice (down from 75%)—that first day in Miami was like trying to lecture to horses in a burning barn. On July 10, 1986, Michael Schmidt, one of our OSU law school graduates
1 comment
Read more 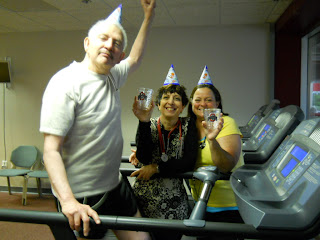 All my adult life I’ve had a fairly vigorous workout regimen (with various lapses, typically when I’d settled into a new relationship and was being well fed by the cooks that Charleyne, David, and Jerry all were). Gay men are required to be in good shape (since men tend to choose based on looks, unlike women, who, as a whole, are more genetically tuned to finer qualities), so I was always muscular, even when carrying too much weight. I also had periods where I was skinny. From 1999 until 2006 I was on the Atkins diet, kept to it religiously, and went down to 175 lbs, which made me look like a walking skeleton. People were very worried about me (“Does he have AIDS?” was heard among the law students) (no). Coming out of the heart transplant, my weight dropped dramatically due to the extensive steroids I was taking, and I fell to 173(!), which had Emily, one of the nurses who runs the heart transplant program, telling me to drink Ensure to gain weight. I’ve now leveled out at 190, a go
Post a Comment
Read more 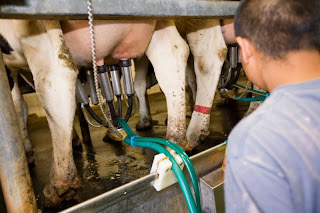 My first partner, David, had grown up on a dairy farm just east of Zanesville, Ohio, about an hour’s drive from our home in Columbus. From time to time we’d visit his family on that farm, and things went well. I always got along splendidly with his parents and numerous siblings. David’s father John particularly liked having long talks with me. Inevitably during these visits our musings would be interrupted by John saying to me, “Well, Doug, it’s time to milk the cows. Want to come down to the milking barn and talk to me while I do it?” I agreed to this, but there turned out to be a catch. After the first visit or so, no one can stand around and watch twenty or so cows being milked in the repetitive way this is done (let the cow in, close the gate, swab down the utters with a tool, attach the hoses, start the milking machine, detach the hoses, let the cow out, repeat until you run out of cows) without it occurring to the observer that he/she could easily help with the process.
Post a Comment
Read more 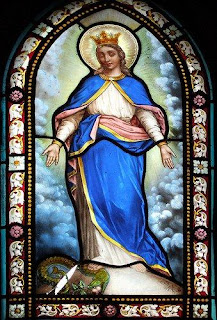 When I retired from full-time law teaching in 2004 I went back to other activities: playing tournament bridge, writing novels, and theater. In my youth (sigh) I did a great deal of theater, both as an actor and director, and it was ever a great love. I now own a collection of plays numbering in the thousands, very useful for outings of the “Whaley Players” (see “Elena Kagan and Me” May 23). When I was in my junior year of college I had a month-long debate with myself as to which career I should choose: law or theater. I settled on law (and that went very well), but the alternative yearning kept pulsing all these years. Starting in the fall of 2004 I began anew, and since then have been involved in ten productions either as an actor (best part: King Lear) and director (“Who’s Afraid of Virginia Woolf,” and others). There are few things in life as pleasantly thrilling as waiting in the wings for the curtain to go up. I will be directing a new play entitled “Closure” by James McClindon
Post a Comment
Read more 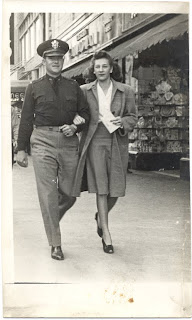 In 1935, my father, Robert Whaley (b. 1919), moved to Jasper, Indiana (pop. 10,000), from an even smaller Indiana burg named Milltown. He was just entering his junior year of high school, and was a bit concerned. His family was nominally Protestant (he himself was never religious), but as a child the people in Milltown were anti-Papists, and he had heard that Catholics actually had horns. He was relieved to find out it wasn’t true. My mother, LeNore Kunkel (b. 1918), was one of nine children (eight girls, one boy). These children were all given beautiful names, but then called by unattractive nicknames. Thus “Antoinette” became “Net,” “Marvin” was “Bud,” “Anna Mae” was “Mazie,” etc. My mother was born with very curly hair so she was branded “Kink,” a name she hated, but which stayed with her until she banished it late in her life (her relatives and old friends still call her that). She was a feisty child, determined to get her own way. After Mom died Net told me that in fights with
Post a Comment
Read more
More posts