How To Impress People in a Conversation

October 01, 2010
Have a job interview? Going on a date? Just met your significant other’s mother? If so, I have some advice for you on how to impress the person you’ll be talking to. 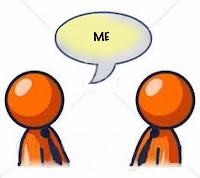 In these situations many people make the mistake of rambling on and on about themselves, when the better strategy is exactly the opposite. None of us are the center of any world except our own. Behaving as if the conversation were only about you tells your listener that you are either self-absorbed or insecure, neither a good message.

Hogging the conversation is a form of selfishness. Some people do it, I suppose, because they really are selfish, but that’s not how you think of yourself, is it? Nope. Me neither. Frequently the reason for this misstep is a combination of cluelessness as to how it sounds, mixed with the security that comes from discussing something familiar (yourself).

Now that the heart transplant is behind me and I once again have a future, I’ve decided to explore the possibility of romance. One tricky avenue for this is the internet, which in the past has led to meeting some wonderful men, so I’m once again back at my keyboard, typing with passion. If an initial exploration reveals the beginnings of attraction, I typically suggest to my cyberbuddy that we next talk on the phone and see how that goes. A time is arranged and one of us calls the other. To get things going I ask this prospective Mr. Right to tell me something about himself, and that usually works well. If the conversation begins to flag, I ask a follow-up question or two (Where are you from? What sort of work do you do? Are you out to your family/co-workers?). Most people are quite comfortable talking about themselves. What’s distressing is how often (and by “often” I mean more than 65% of the time) the jerk on the other end of the phone never asks me a single thing. Whatever he learns about me he’s gleaned from my online profile or whatever I volunteer as part of the call. Last week when I was talking to “Alex,” he mentioned his birthday early in the conversation, and when he volunterred, “June 30—I’m a Cancer,” my toes curled (see “I Don’t Do Science,” July 2, 2010). Fearing he would then ask my “sign,” I prepared my standard answer (“Slippery When Wet”), but, happily, Alex had no curiosity as to my astrological fate. Instead he immediately stumbled further into the thicket by adding, “But I celebrate November 23 as my real birthday.” Since November 23 is when I received the transplant ten months ago, I perked up. “Why is that?” I asked, truly interested. Proudly he told me, “That’s the day I accepted Jesus into my heart!” As steady readers of this blog will know this reply pretty much ended any chance of romance between us, but, determined to soldier on (because he was otherwise funny, intelligent, and even sexy), I stupidly kept the conversation going. Thus we talked and talked more about Alex, and nothing at all about Douglas. Finally, annoyed, I pointedly inquired whether Alex wanted to ask me anything? “Nope,” he replied, “except when can we meet?” I bit back my first reply (“the snowboarding festival in Hell”), and gently eased myself out of his life.

Giving advice to my law students going on job interviews, I tell them what I said above. Ask the interviewer lots of questions about him/herself. “What led you into the practice of law?” “What do you think makes a good lawyer?” “What’s the most rewarding thing about your practice?” “Is that a photo of you and George Bush on the wall?” Of course, I would add, you need to talk about yourself, but remember that the interviewer already knows a great deal about you from the file on the desk. It’s your job to impress this person, and it will amaze you how pleased most people are to talk about themselves. Of course it’s a mistake to sound as if you’re dodging questions, and anything addressed to you must be answered thoroughly and with as much competence and clever phrasing as you can manage. But the best way to success in conversation is to see everything through the eyes of other person. Enter that person’s world and stay there as long as he/she wants.

All too often in these situations one person to the conversation keeps turning it inward. Say, for example, you’re at a friend’s house and she tells you “We’ve just returned from our trip to Alaska!” Which is the best response: (1) “Oh, I’ve always wanted to go to Alaska! or (2) “Wow, tell me all about it!” The first statement grabs the conversation arrow and points it back at yourself, annoying this friend who was planning to describe her Alaskan adventure. The second keeps that arrow rightly pointing at someone who has more to say.

More advice: look people directly in the eye when conversing (this is harder to do than it sounds). Eye contact tells others you’re listening carefully to their message. Bill Clinton, I’ve read, is famous for this. People who’ve met him come away saying things like “it was as if I was the only person in the room and he just had to know what I thought!” Few things impress someone as much as having someone really listen to them. Wait!—what if the other person is boring? Okay, who said this was easy? Work hard at listening anyway.

I have a great opinion of my own talents and, as this blog perhaps indicates, I know how to tell a good story. But when conversing I make sure the other person is the focal point for much of what we say (unless talking to me was the reason we’re here, a newspaper interview, for example).

So, blog readers, that’s my advice on how to impress people you’re conversing with. When talking to others try this mantra: them, not you.