The following is collection of little pieces that, taken singly, are too short for a decent-size blog entry.  I call this post "Potpourri #1" on the theory that at some point there will be a sequel, possibly many.  Send complaints to stop this if you want no more.

When Jerry and I were at the start of our twelve years together (see "Recidivist" in Related Posts, below), he was still in law school.  But three days a week he didn't have morning classes, while I did.  After we moved in together, I'd rise and he'd stay in bed.  When I commented on this, his reply was "I'm not getting up unless you can sing 'Wake Up, Mr. Tree."  This stumped me until he explained that when he was little (Jerry was born in 1959) there was a Columbus TV children's show called "Lucy's Toy Shop."  In each show the children would wake up a seven foot tall tree puppet by singing this song to it.  Since, alas, I didn't know the song, Jerry could pull up the covers and return to sleep.

This was nonsense, of course, but the sort of whimsy that made our relationship interesting.  Hmm.  I had an idea.  I went to class that very day and announced to the 75 or so students, "I have a chance to play a great practical joke if I can learn to sing 'Wake Up, Mr. Tree.'  Can anyone help me?"  I was amazed that four students came up after class, formed a little chorus, and sang the song to me with much enthusiasm.  One of them, a former music major, came by my office and presented me with sheet music she'd written out of the song itself (see photo).  That evening, when Jerry was out, I sat at the piano and picked out the melody (I write songs, and have even put out an album of them—see "Strange Songs" below).  I rehearsed it a couple of times (it's certainly not complicated), and  the next morning when Jerry and I repeated the above dialogue for the second day, I promptly plunged into the song and sang it with some vigor.

"How did you do that?" Jerry asked, jaw dropped.

"I have mysterious talents," I replied.  "Get up."

Sam Price, who lives in California, is a friend of mine.  He has a discerning eye and quite a sense of humor.  Here is an example of both:


In your issue of July 9, you quote the Arkansas definition of sodomy: "The penetration, however slight, of the vagina or anus of an animal or a person by any member of a person of the same sex or an animal."

I would like to point out that if you take this statute to mean exactly what it actually says, you will reach two surprising conclusions:


1)  In Arkansas, sex between people and animals is perfectly legal, provided the person and the animal are of different sexes!

2)  In Arkansas, whenever two animals fuck, they are both guilty of sodomy!

3.  On Being a Chicago Cubs Fan


When I moved to Chicago in 1968 to begin practicing law, I often went out to Wrigley Field to watch the Chicago Cubs play baseball. This was a great time for the Cubs, with famous players like third baseman Ron Santo, pitcher Ferguson Jenkins, outfielder Billy Williams. and the manager Leo Durocher, though in both that year and the next the Cubs failed to advance to the World Series (again).  Sports aficionados among my readers will know that the Chicago Cubs last won the World Series in 1908, a longer championship drought than that of any other major North American professional sports team.  Known as the "Loveable Losers," they've routinely disappointed their fans ever since.  In 2007 and 2008, for example, the Cubs had wonderful baseball seasons (having the best record in all of baseball in 2007 as the regular season closed), but as soon as the playoffs started, the Cubs were immediately eliminated (sigh).  Season after season, I've felt like Charlie Brown as I've vainly rooted for the Cubs to finally restore themselves to the glory of 1908.  Sick at heart, I've now adopted a new rule: I won't start watching Cubs games after the first one unless they have at least a .500 winning record.  That rule has changed me from someone who would once watch around 60 games a year to someone who's watched only about three since 2008.  In 2011, the Cubs, with one of the biggest budgets in major league baseball, were awful.


If you're a Cubs fan, people (even usually nice people) will make fun of you.  I regularly play poker with a group of lawyers (most of them former students) and when baseball season rolls around, I steel myself for the inevitable Cubs jokes.  They mostly root for the Cincinnati Reds or the Cleveland Indians, hardly exemplars of baseball renown, and it's depressing to have them snub the Cubs.


A couple of years ago, Free Inquiry, the magazine of Secular Humanist Society, had an article in which one of the questions addressed was whether atheists should proselytize their lack of faith.  The author (with whom I disagree) decided the answer was no.  He ruefully concluded that some people should be left with their illusions undisturbed, like "entrepreneurs, lovers, and Chicago Cubs fans." 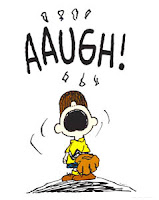