On Being Lucky: The Second Anniversary of My Heart Transplant 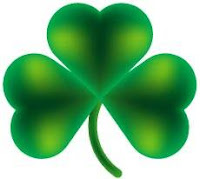 I was born in 1943, right in the middle of World War II.  It was a bad time for the planet, but it occurred to me about six months ago that children born in the United States during the war were demographically lucky.  The famous "baby boomers" were born after the war when the soldiers and sailors came home, and they created this gigantic population bubble that was right behind me, but I didn't have to compete with them.  When I was ready for my education, the schools were not crowded.  When I wanted a job, they were readily available.  When I decided to go to law school, there weren't hoards of other applicants, so I was accepted by every school I applied to, mediocre academic record notwithstanding.

Today, November 23, 2011, I celebrate the second anniversary of my heart transplant (about which I've written a good deal—see "Related Posts" below).  As I did last year on this same occasion, reflecting on this medical miracle has caused me to review things.  I've come to a conclusion I'd never appreciated before: I've been lucky all my life.


Exiting a movie a couple of years ago with a friend, he commented that the angst of family life that was the core of the plot was very much like his own unhappy childhood, and, he speculated, "We can all relate to that."  I shook my head.  "No, I can't.  I had great parents, a wonderful sister, and couldn't have asked for a better upbringing."  He frowned.  "Then you were lucky."  Thinking about this at the time, I concluded he was right, and the happy family life I'd taken for granted is rarer than I'd understood.


As I've explained in various blog posts in the past, other stokes of chance improbably came my way.  At Dad's suggestion I joined the Navy right out of high school, did two years of active duty (1961-1963), and then used the G.I. Bill to partially pay for both college and law school.  I received my honorable discharge in 1967, just as the Vietnam War hotted up and inactive recruits were being recalled to active duty—my law school roommates were worried about the draft yanking them out of law school (and making snide remarks about the monthly checks I received from "Uncle Sugar").  When I entered law school I was alphabetically seated next to the man who would eventually graduate number one in a class of 500.  Because we became immediate friends (and still are), I simply did what he did, and ended up graduating 14th in that same class, giving me a stellar academic record that set me up for the law school teaching career that dropped in my lap, completely unsought, a year and a half after I graduated.  When I bought my first house, the G.I. Bill also helped me pay for it.

In 1971, I married Charleyne Adolay, an incredible woman, and we have an incredible son named Clayton.  Both of them will be coming to Columbus to spend Thanksgiving with me and my local, much loved, chosen family—Clayton and his wife Maria are flying in from Seattle, and Charleyne is driving over from Indianapolis.  I've had two male partners, David and Jerry, and we're all still good friends.  David and I had lunch this summer when I badgered him to start selling things on eBay, and Jerry (who now lives in Las Vegas) sent me an email two days ago stating that my story about "Wake Up, Mr. Tree" (part of the recent "Potpourri #1" blog post) has mysteriously changed through repeated tellings (which, incidentally, I dispute).  So I've known both love and my own happy families.  Jerry and I once threw a party at which I suddenly noticed him in the kitchen talking to both David and Charleyne, all of them laughing at something.  I broke that up damn fast before they could get to comparing notes.

Things have gone very well for Old Doug on many other levels.  I've had a satisfying career as a law professor (publishing books used nationwide, being voted teaching awards, etc.), did my part for gay rights (getting in on the ground floor of the creation of one of Ohio's leading gay rights organizations), and, in a small way, have become a respected local actor.  I've published a novel, created an album of comic songs I wrote, played in bridge tournaments, and have an international reputation as an expert on Gilbert and Sullivan.  This blog, started in December of 2009, shortly after the transplant, has been the latest joy in my life, with thousands of visitors from155 different countries reading my eclectic musings.


All of this good fortune in life does not mean I've not known trouble.  As this blog explains in detail, I've had misfortunes (delayed puberty, major health troubles, etc.) and made big mistakes (see "Mama Cat Saves My Life").  "Luck", of course, sometimes means bad luck.  But I've gotten through all these things, and some of the recoveries were themselves lucky.


And then came the heart transplant of two years ago.  Oh, that was very lucky indeed!  Let me explain: 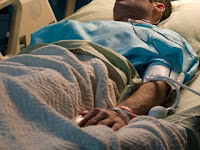 This past summer I was in the hospital making a quick recovery from the "Mama" incident, and one of the heart transplant nurses asked me if I would talk to another patient, named Jim, who was in a room right down the hall from me, waiting for his own transplant.  She said he was so ill that he was currently at the top of the waiting list for a new heart.  I was pleased to go talk with him, and Jim (plus his wife, who was in the room when I arrived) proved to be interesting, informative, and, given that he was clearly on the verge of death, surprisingly upbeat.  The Ohio State Ross Heart Hospital transplant doctors had recently rejected two proffered hearts because they didn't seem healthy enough.  Jim told me that in the past year Ross had lost two transplant patients on the operating table when the proffered hearts had failed to start.  This statistic amazed me.  Ross had only lost one patient to a bad heart in the five years before I received mine (I'd checked).  Jim said he thought the doctors were determined not to have that awful event reoccur, but he was hopeful a good heart would be found for him soon.  I wished him luck.  When I asked the same nurse recently if Jim had gotten his new heart, she said no, but that he'd been given a temporary mechanical heart regulator for the interim.


When I received my heart two years ago, I was not that seriously ill (I was sitting at home working at the computer when the call came), and, indeed, had been told I likely wouldn't get a heart until January of 2010.  It was just luck that no one more seriously ill than I was qualified for the heart that did become available just before Thanksgiving, 2009.  This heart was brought from a hospital one mile from Ross (proffered hearts can come from as far away as New York), and the doctor who retrieved it later told me that when he first saw it he said to himself, "This is a beautiful heart!"  It began beating as soon as the doctors started my blood flowing, which is rare; normally some sort of stimulation is required.  It's beating perfectly in my chest as I type this two years later.


Summing up this post: I've simply had incredible luck throughout my life, and only recently has this fact struck home.  I can only hope this good fortune continues, but if it doesn't at least I've had a great ride for over 68 years.


Finally, I also reflect today on the life of Andrew, the 27 year-old doctoral student in Philosophy at Ohio State, whose tragic death on November 22, 2009, permitted me to live.  Not a day goes by but I think of him with gratitude for his heart and sadness at his death (four people received five of his organs, and multiple others were given tissue transplants!).  I've become friends with his wonderful mother and stepfather, and my heart goes out to them and all his family on this anniversary. 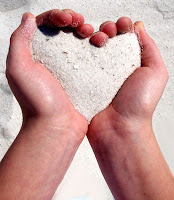