I have been meaning to write you for some time, but after finding your blog (and thoroughly enjoying every word of it) I feel obliged to share a few thoughts with you. I'm not sure where to begin. First, I need to thank you for being such a great professor. Your knowledge of the material, wit, and compassion made learning truly enjoyable. I know many of your former students, and I can tell you my appreciation for you is shared by all.

You may not remember, but you also helped my wife and me with a payment-in-full check dispute involving her dentist while I was still in school. It was successfully resolved and the dentist's attorney was flabbergasted. Thank you for your assistance.

As your student you had no reason to know this, but I am, or was, a Mormon. I no longer believe but I have not yet formally left the church, and am trying to do so with as little disruption to my family as possible. I know you are familiar with how Mormons treat homosexuals, so you won't be surprised to learn it is hardly better for those who leave the faith for intellectual, historical, and doctrinal reasons. Both my family and my in-laws are very devout Mormons and will not be welcoming to this change when I eventually tell them.


I entered law school as a true believer. I had already served a foreign mission for 2 years and married (and was “sealed” to) my wife in an LDS temple. During my second year I sat with my fellow Mormon law students during lunchtime meetings discussing prop 8 and vocally defended the LDS church's efforts. That makes me sick to think of now, but I am trying to make amends. I won't bore you with the details of my loss of belief, but suffice it to say my natural curiosity and love of history was ultimately incompatible with believing in Mormonism. In my desire to be a better, more informed member of my faith I educated myself right out of it. It is simply impossible to know the history of Mormonism and to also buy into the white-washed version given by the church. So my world fell apart - my marriage was in question, my family would likely shun me or at best distance themselves, it was a horrible time. I went through months of serious depression and anger, both at my personal situation and at the fraud I had cherished and believed in my whole life. 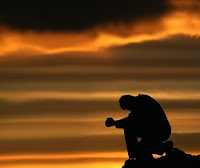 Almost two years later, I am in a much better place, things are looking up for my marriage and the thought of telling my family doesn't send me into a panic, well, at least not usually. I've become involved in a support group helping others through this difficulty. It is still a tough road, but I feel more confident every day.

I tell you all of this because you helped me. When I found out you were gay there was a great deal of cognitive dissonance. You were kind, not perverted (shocking to me - believe it or not), intelligent, and emphasized ethical behavior. This was difficult for me to process because growing up I had heard every possible negative thing about homosexuals. Child molesters, pornographers, sex-fiends, on and on and on. You didn't play into any of the stereotypes I had been conditioned to expect, but were instead a role model (I'm not trying to gush, but really, you were). Even recently, LDS church leaders claiming divine revelation have insisted that homosexuality is not biologically caused, but rather is a choice. Although at the time I didn't realize it, there were cracks forming in my worldview. You showed me what I had been taught wasn't correct, not by shoving it down my throat or being preachy, but just by being yourself. I can't tell you what this has meant to me.

I've since learned about all kinds of things I didn't understand before – evolution, sexuality, human history, secular morals, etc. I've read Dawkins, Hitchens, Harris, as well as books on the bible and a plethora of non-faith promoting Mormon history. What a journey it has been! I am moving from Ohio in a few weeks, but if there is a time that you are available I would love to buy you lunch or a drink and thank you some more in person.

Shortly thereafter this former student and I had lunch, and his tale was even more amazing than related above. How this will will play out is anybody's guess. In the meantime, he's working hard at his marriage, talking online with other ex-Mormons, all the while struggling to recreate a life that has been completely upended. I cannot imagine what this is like, though he and I both agreed he's in a spot similar to the Muslin Atheist I wrote about in a prior post.