Speaking at Atheist Conventions, Directing a Play, and That Move to Florida

This summer is going to be far too busy for a supposedly retired man.  A quick update on the coming events, some of which my readers may want to attend (or studiously avoid, depending).


A.  Speaking at Atheist Conventions

On Saturday, July 13, from 2:30 to 3:00 p.m. in US Bank Theater in the Ohio Union on the campus of The Ohio State University, I will be speaking at the 2013 Secular Students Alliance Annual Conference (East).  My topic will be “Coming Out as an Atheist.”  It is based on a blog post I wrote entitled “What Atheists Can Learn from the Gay Movement” (see below).  I was very pleased to be asked to speak at the convention, which will itself last all that weekend, and many of the speakers are famous names in the atheist/secular humanist movement.  For more information see http://lanyrd.com/2013/ssaeast/.  After my talk I will be signing (and selling for $8.00 each) copies of my atheist thriller, “Imaginary Friend” (which sells for $9.84 on Amazon and $2.99 for the Kindle version).

In August I will be speaking twice at the Great Lakes Atheist Convention in Toledo.  Barbara Williams, who calls herself the number one fan of my novel, is the driving force behind the convention, and she has scheduled me to be the first speaker at noon on Friday, August 16th at 7:00 p.m., and then the closing speaker on that Sunday at 11:15 a.m.  My topic for the first talk is the same as the one I’ll deliver to the Secular Students Alliance, and my closing remarks will be a summary of everything I’ve learned at the Great Lakes Atheist Convention over its three days.  I will, of course, also be selling and signing copies of “Imaginary Friend.”  The convention will be held at the Best Western Premier Grand Plaza Hotel & Convention Center August 16-18, 2013. The Hotel is located along the Maumee River in downtown Toledo.  For more information on this convention see http://glaconvention.com/.

One of the speakers that Barbara Williams is working hard to bring to the convention is Oklahoma tornado survivor Rebecca Vitsmun who accidentally embarrassed CNN’s Wolf Blitzer when he asked her if she thanked God for saving her and her baby and she replied that she was an atheist.  For the video on that see http://www.youtube.com/watch?v=rIDrmYyfWe8.  Atheist groups have raised over $100,000 in a fund to help Rebecca Vitsmun and her family in the aftermath of the tornado.  She told Barbara Williams she doesn’t know what she would say at the convention, but I for one would be fascinated just to hear her tell her story: the tornado, the Blizter interview, and then all that followed that. 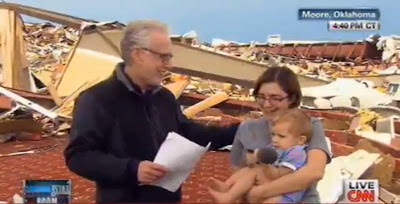 B.  Directing the Play “Art”


I’ve done three shows as an actor at Columbus Civic Theater, but this fall for the first time I will direct a play for them.  It is Yasmina Reza’s “Art,” which won the Tony Award in 1998 for Best Play.  “Art” a comedy about a man who pays an incredible amount of money for an all white painting.  When his best friend calls it “a piece of shit,” the fireworks start, and the play (90 minutes, no intermission) explores exactly what is “art” and, more importantly, what you can say to your friends and what you’d better keep to yourself.  The cast consists of three middle-aged men, and since the staging is minimal, the trick for putting on a fine production that’ll keep the audience entertained will be in finding three talented actors who can bring out all the humor and pathos that Reza’s play contains.  We’ll hold auditions the weekend of August 24th and 25th, and the play will open on Thursday, October 25th, playing four weekends of 8 p.m. performances on Thursdays, Fridays, and Saturdays, with a 2 p.m. matinee on Sundays.  Come see the final theatrical piece I’ll be involved in before I move to Florida.  My return to theater started in 2004 when I retired from teaching law, and after 15 shows, this will be my Ohio finale.  For more information see http://www.columbuscivic.org/index.html.

C.  Selling My Home and Moving to Florida


Since I last wrote about the effort to sell my condo (see below for “My Cats Get Involved in My Knee Surgery and Selling My Condo”), there have been a number of showings, but no takers, and not even a nibble.  It was suggested that perhaps my condo is too crowded with “stuff” so I’ve denuded it by packing up lots of things and moving the boxes into the garage, rearranging furniture to show what a large space the place really contains, etc.  Let’s see if that works.  I would love to sell my home soon and then run down to the Fort Lauderdale area and buy a place there so that I can move shortly after “Art” opens.  If anyone reading this knows someone who needs a wonderful home where all the important things are together on one floor (a must for someone who’s aging) but with three bedrooms (two upstairs) and a full basement, send them my way.  I’ve loved living in my home in Dublin, Ohio, and if I could just pick it up and move the whole things to Florida, I’d certainly do so.  The cats would like too. 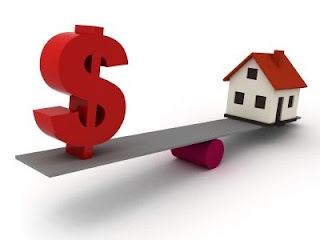