Detroit’s Bankruptcy and the Law


The City of Detroit filed for bankruptcy this month, making it the largest municipal entity in the country to ever do so.  This has created a number of interesting and new legal problems for bankruptcy lawyers.  Since I’ve taught the course in Debtor-Creditor Law for 40 years, and have written a textbook (with Professor Jeffrey Morris of the University of Dayton) on the subject, I thought I’d take a stab at explaining the difficulties for those of you who are not lawyers.


Bankruptcy is a federal matter, and the United States Bankruptcy Code is divided into various “Chapters.”  Most individuals and businesses file a Chapter 7 bankruptcy, which is a liquidation proceeding in which the debtor surrenders all non-exempt assets and then is forgiven (“discharged”) from liability on most (but not all) debts.  Businesses in Chapter 7 do not get a discharge; they are liquidated and simply cease to exist.  Individuals can file a Chapter 13, which allows them to pay off many of their debts over a five year period, while holding the creditors at bay from all collection activity except that allowed by the Chapter 13 plan.  Businesses that wish to use the bankruptcy system to file a reorganization plan and restructure their debts can do so in Chapter 11. 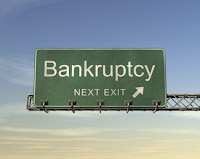 Municipalities have their own special Chapter: Chapter 9 of the Bankruptcy Code.  Since the Great Depression, when Chapter 9 was enacted, there have been fewer than 700 filings, and the courts have had to struggle with sparse case law to guide them.  Chapter 9 has only 16 sections (as opposed Chapter 11, which has 45), and those sections lay out only the bare bones of the procedures municipalities must follow.  Under Chapter 9 the municipality files a “plan of adjustment,” and if the bankruptcy judge confirms that plan, all the creditors will have to live with its terms.  When the creditors in any kind of bankruptcy have their claims reduced, the process is called “cramdown” (as in “crammed down their throats”).  It’s rarely a tidy affair, and battles in the bankruptcy court can be fierce over the terms of the plan and its cramdown features.  Cramdown is permitted against non-consenting creditors, which in municipality bankruptcies are all too often unions protesting dismantling of pension benefits which rising property taxes can no longer support.  That is certainly one of the major issues in the Detroit filing.


The legal complexities come down to the interplay between Michigan’s state laws and the federal bankruptcy ones.  Usually in such battles federal law trumps state law to the extent they disagree, and this would be true even of state constitutional provisions.  What?  A lowly bankruptcy judge can simply ignore a provision of a state constitution if it conflicts with the bankruptcy law?  Yes.  But . . .


Chapter 9 of the Bankruptcy Code has two provisions that give authority to the states to affect what goes on in the Chapter 9 reorganization.  The first is that the state itself must authorize the municipality to file a federal petition [Bankruptcy Code 11 U.S.C. §109(c)(2)].  Michigan has a statute authorizing the Governor to give such authorization, and in the Detroit bankruptcy Governor Rick Snyder so certified.  The second is that the municipality’s bankruptcy plan may only be confirmed if “the debtor is not prohibited by law from taking any action necessary to carry out the plan” [Bankruptcy Code 11 U.S.C. §943(b)(4)].  Those two bankruptcy sections create all kinds of trouble in Detroit’s filing because the Michigan Constitution has this interesting provision:


Sec. 24. The accrued financial benefits of each pension plan and retirement system of the state and its political subdivisions shall be a contractual obligation thereof which shall not be diminished or impaired thereby.


As soon as Detroit filed its petition, objecting creditors ran to the state courts to get an order stopping the bankruptcy.  Their argument, accepted by the state trial judge, was that Governor Snyder exceeded his authority in authorizing the bankruptcy because the bankruptcy would likely violate this provision of the constitution.  This ruling was stayed on appeal, and now the bankruptcy judge, Judge Steven Rhodes, has issued an order requiring all of the jurisdictional issues to be heard in the bankruptcy court.  This effectively keeps the state courts out of the picture and moves the battleground to the federal forum.


I think Judge Rhodes will likely rule that the Governor acted appropriately.  All he did was certify that the bankruptcy was allowed, and not that the bankruptcy court could confirm a plan that conflicts with Michigan Constitution.  That will get rid of the first issue.


Ah, but the second is much trickier.  Does Bankruptcy Code 11 U.S.C. §943(b)(4), which forbids the plan to violate state law, keep Detroit from restructuring its pension plans?


Nobody knows for certain.  There are no precedents to rely on here.  Chapter 9 has been used so rarely that this area of bankruptcy is like the Wild West: rooting, tooting, shooting, with messy results.  The Michigan Constitutional provision quoted above only forbids restructuring “accrued financial benefits.”  Hmm.  Does that mean benefits not yet “accrued” are fair game?  What does “accrued” mean in this context?  How about health care benefits?  Are they covered by that constitutional provision? 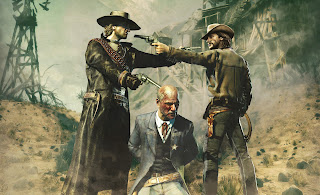 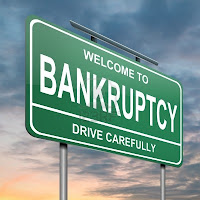