The Words “Queer” and “Gay” in the 21st Century 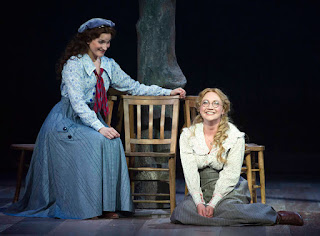 PBS recently presented Rodgers and Hammerstein’s musical Carousel in a splendid new concert version “Live From Lincoln Center.”  In the first song two young female millworkers in 1873 are discussing love and one of them sings to the other “You’re a queer one, Julie Jordan— you’re quieter and deeper than a well.”  There’s nothing extraordinary about the use of the word “queer” here since in the context of the song and its time it simply means “strange.”  When I found myself the next day humming the melody I suddenly focused on the word “queer” in the first line and began to speculate on how the word has evolved since the advent of the gay movement, and wondered whether there is much use of the word outside of that context anymore.


It seems a shame to so completely preempt an age-old meaning, so, in an attempt to rescue the word “queer” and restore it to its more traditional usage, I will sometimes use it as a verb.  For example, in my classroom I can be heard telling my law students, “If a settlement agreement is set to be signed on Friday, never postpone it until Monday if you can avoid it because all too often something will happen over the weekend to queer the deal.”  The students appear startled (they all know I’m gay), and then relax into the idea that “queer” is rightly used in this fashion.  But that’s as a verb.  Employing “queer” as an adjective is still appropriate solely in the limited setting in which it cannot possibly have a homosexual meaning, as in “She heard a queer noise from the basement.”  Only in those limited references does “queer” survives as a word having its original meaning. 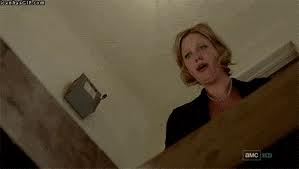 “Gay” springs from the French “gai,” meaning “high-spirited,” which in turn was taken from the Old High German “gahi” where it meant ‘impetuous.” It first turned up in print as a reference to homosexuality in a 1933 dictionary of slang, reflecting an oral tradition that had been around at least since the 1920s, apparently originating in the United States and then moving to Great Britain.  In his 1929 operetta “Bitter Sweet” Noel Coward (himself a homosexual) used it in a song in which very fey men sing “As we are the reason for the 90s being gay, we all wear a green carnation” [see http://www.youtube.com/watch?v=xCXwtETzQ9s].


While “queer” has so far survived as a word divorced from its homosexual connotation, it’s a different story for “gay.”  Though modern audiences will accept its old meaning in dated pieces [witness “I feel pretty, and witty, and gay” from West Side Story], no modern speaker or writer intending to convey the idea that someone is “happy” or “light hearted” would call him/her “gay.”  The word’s been swamped completely by historical developments.  Regret it though we might, “gay” can no longer be used to mean “happy.”  Never.  Nowhere.  If you try and use it that way your listener will get a confused message and unnecessary time and energy will be wasted trying to discern what is truly meant.  No one planning to be understood needs that kind of distraction.