October 23, 2011
.
The Whaley Family line has always featured two unfortunate traits: (1) optimism when it's not justified (and, indeed, is contradicted by all available facts), and (2) ignoring important symptoms even if doing so will likely lead to major trouble.  This all was on exhibit Tuesday, July 5, 2011.

Readers of this blog may remember a prior post entitled  "Report on Old Doug: Health, Theater, eBook, and More" (June 28, 2011) in which I described various topics.  One of these was my enthusiasm for attending a writers' conference in New York City entitled "ThrillerFest," held July 6-10 of this year—and at which I hoped to pitch my self-published novel "Imaginary Friend" (it's an atheist thriller, currently available on Amazon and Kindle) to the country's leading agents.  I had arranged (1) a plane flight leaving that Tuesday at 2 p.m., (2) a five day reservation at the Grand Hyatt, (3) a paid $800 ThrillerFest registration, (4) scheduled dinners with old friends, and (5) tickets for four Broadway plays ("Book of Mormon," "Anything Goes," "Sister Act," and "War Horse").  But, as the "Health" part of that blog post reported in some detail, I was growing weaker instead of stronger, primarily because I wasn't eating enough (and that because of being over-medicated).  From my usual (when working out) weight of 195 to 200, I lost forty pounds, and at my worst stepped on the scales and saw the number "157."  Did this stop me from going to NYC, weak though I was?  Absolutely not.  "I'll travel by cabs, walk little, spend most of my day just sitting in ThrillerFest seminars—I'll take it easy, but I'm going."  Stupidly, it never even occurred to me to cancel until death was whispered in my ear.
I spent that Sunday and Monday slowly, painfully, getting ready for the trip, and by the time I went to bed on that Monday night, though exhausted, I was completely packed and ready to go.  All I had to do on Tuesday morning was get out of bed, shower, dress and drive myself to the airport.  That's all I had to do.  That's all.


It was almost impossible.  I was even weaker when I awoke on Tuesday, and I struggled from the bed to the bathroom.  In my shower I have a little plastic stool that I use to put my foot up on when I'm washing, but this morning it had a more important role.  Too weak to stand for the whole shower, I sat down on the stool three times just to rest, letting the water hit me as I panted.  When I finished, I was too weak to stand and dry myself, so I laid down on the bed to do that.  Finally it was time to dress, but that too was a nightmare.  I'd put on an article of clothing and then lie down on the bed and pant for awhile.  It was pathetic, but I was still hadn't considered cancelling the trip.


Mama Cat was watching all of this very carefully.  In this blog I've written numerous posts about her (and my other cat, Barney), but let me quickly recap her story.  At age one she escaped from the home in which she'd originally lived, had an adventure with a tom cat, and produced a litter of kittens.  The number of kittens in her litter is unknown, but cats typically give birth to three to eight.  Mama, even though declawed, managed to keep two of them alive until all three cats were rescued, taken to a vet's office (where she acquired her name), the two kittens weaned and given away, and Mama became the office cat for a few months until she was taken home with me.  She's incredibly smart and I'm very pleased at how much she loves me, witness what follows.
That Tuesday morning, as I lay panting on the bed, she jumped up beside me and stuck her nose in my ear while making an urgent "Mew, Mew, Mew!" sound.  It clearly meant "GET UP!  DON'T DIE ON ME!"  Mama had seen her kittens die and she knew what was happening.

"Mama thinks I'm dying!" I muttered, amazed at the thought.  Then I remembered my own and my family's history of ignoring symptoms, decided she might be right, made a phone call to my doctors, and shortly was in the emergency room.  I spent three days being fed through an IV drip, with more than one doctor assuring me that "Mr. Whaley, you'd have died on the airplane from system failure."
Shortly thereafter I was given a medicine that dramatically increased my appetite, and I had the good sense to put myself under the care of my longtime friend, Mary Bush, a professional nutritionist.  When I nearly died of a burst appendix in 1978---I was only 34---Mary had saved my life (see "The First Time I Nearly Died" below), and now she took on the task again.  Driving me to Bed, Bath, and Beyond to buy a hand-sized mixer, and then to the grocery store to introduce me the ingredients to go into that mixer (yogurt, Benefiber, flaxseed, ice cream, fruits, and much, much more).  She showed me how to put it all together, and three times a day I drank her "cocktails" and then supplemented them with various foods, such as peanuts (which have lots of fiber).  In the beginning the cocktails Mary prescribed were easy to drink, but the other foods (even the candy bars she told me to eat for much-needed calories) tasted awful.  however, as the days went by, my taste buds were re-stimulated, and the appetite medicine made me hungry all the time.  I quickly gained weight, and within a month was back to working out on the weight machine and exercycle in my basement.  I'm putting on much muscle, and feel great (196 this morning).  So I'm heavily in Mary Bush's debt once again.  [I love you, Mary—thanks for saving me both times.]
A final note.  As related in "The Woman Who Runs My Life" (see below) my good friend and full-time employee and manager, Barbara Shipek went to work on the day I was admitted to the hospital to see what she could do to prevent my cancelled trip from being a total financial disaster.  She talked the Grand Hyatt into completely cancelling my reservation (including that Tuesday, which was in the "too late to cancel" period), she couldn't get ThrillerFest to refund my fee for the convention but they did agree to give me a free ride for the summer of 2012, then she called the airline and received  an assurance that with a doctor's certificate the airfare would be refunded (minus a small cancellation fee), and finally she phoned the ticket company that had sold me the theater tickets weeks before.  When I'd put them on my Visa I was clearly informed that all sales were final, but Barbara, as she later explained, went through three levels of supervisors, telling each my sad story while "playing the violin," and eventually was assured that all monies would be recredited to my Visa account (even for "The Book of Mormon" which had already occurred!).  How she did that, I don't know, but she's a wizard at that sort of thing, which is why I love her too and have kept her close to me for over thirty years.  I did miss ThrillerFest, of course, and the friends I was going to see once again, and the four Broadway shows, but at least thousands of dollars didn't vanish along with those adventures.  I'll sally forth and do it all next July. 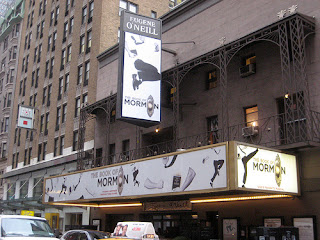 So from nearly dying on Tuesday, July 5th, to being in very good health as I approach the second anniversary of my heart transplant (November 23, 2009), it's been quite a scary ride this summer and fall, but with the help of those mentioned above and many others (friends and family) I made it.  In another month I'll post a blog entry about what it's like living with someone else's heart for two years.