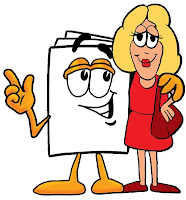 One of the subjects I’ve taught for forty years is called Commercial Paper (or sometimes Payment Law), and it concerns checks and promissory notes. The course is often thought of in student circles as a “snoozer,” but I’ve managed to make it interesting enough that my classes were well subscribed (and it doesn’t hurt that it’s widely tested on the bar exam). It’s easy enough to get the students interested in checks—they all have checking accounts (or debit/credit cards, which are also covered in the course), and much can go wrong with checks: how quickly you can withdraw deposited items, fees, forgery, stopping payment, bank failure, etc. But, alas, poor promissory notes are nowhere nearly as sexy as checks. The legal issues concerning them are usually two in number: what are the legal elements of a promissory note and what are the rights of subsequent holders of the note who want to enforce the note when it comes due. But of a sudden a new hot issue has arisen with promissory notes, and I’m getting emails and phone calls from all over the country as former students on either side want advice. I’ve given lectures on this topic in Ohio and Michigan, and this November in Boston I’ll be the leadoff speaker at the National Consumer Law Center’s Consumer Rights Conference with a talk called “The Sexy Promissory Note—Foreclosures and the Missing Note.”

Suppose that you bought a home in the last decade or so. Remember when at the closing you signed a frightening number of documents placed in front of you with little or no explanation of what you were signing? The two most important of these were the promissory note (in which you promise to pay the debt to the holder of the note) and the mortgage (which will be filed in the local real property county clerk’s office to create a lien on your property in favor of the mortgagee). [Side comment: people unversed in real property terms frequently confuse “mortgagor” and “mortgagee.” You, the new owner, are the person who is placing a mortgage in favor of another on your own property, so you are the mortgagor, and the bank is the mortgagee. When in the musical “Funny Girl” Barbra Streisand in the song “Sadie, Sadie” sings that she’s a mortgagee, she’s not—she’s the mortgagor.]

What happens to the promissory note? In the good old days it was kept down at the bank so that when the time for payment came the bank could present it to you, and, if you didn’t pay, could then use the law to foreclose on the mortgage lien. But during the feeding frenzy that the real estate mortgage community indulged in for the last decade, more bizarre things happened. The mortgages themselves were no longer kept at the originating bank, nor were the notes. Instead they were bundled together with many others and sold as a package to an investment banking firm, which put them in a trust and sold stock in the trust to investors (a process called “securitization”). The bankers all knew the importance of the mortgage, and kept careful records as to the identity of the entities to whom the mortgage was assigned. But they were damn careless about the promissory notes, some of which were properly transferred whenever the mortgage was, some of which were kept at the originating bank, some of which were deliberately destroyed (a really stupid thing to do), and some of which disappeared into the black hole of the financial collapse, never to be seen again.

Say you’ve fallen on hard times and can’t pay your mortgage (one estimate is that half the homes in the United States will have gone through foreclosure before the current crisis is over). Along comes the current assignee of the mortgage, say Octopus National Bank, and ONB files a lawsuit to get permission to foreclose on the property. Alas, ONB doesn’t have the original promissory note, but it does have a copy (sometimes). Usually there is no protest because usually debtors can’t afford to hire an attorney (and don’t think to call Legal Aid), and even if they are represented by counsel, in the foreclosure mill that most trial courts run it’s enough for the judges that ONB can prove it is the assignee of the mortgage, note or no note.

The problem with that is that the Uniform Commercial Code, which codifies the law of promissory notes in all of the states in identical language, clearly mandates that only the current holder in physical possession of the original promissory note can file the lawsuit. The mortgage is not the debt—it’s merely a lien on the property. The debt is the note, and until it is presented to the maker of the note and then dishonored, the debt is suspended and foreclosure is impossible.

Most lawyers and judges would rather slaughter hogs than read the details of the Uniform Commercial Code (“I slept through that class in law school” or “I never took that boring course”), and so many have perverted the law by, essentially, baldly ignoring the statutes on point. They might say a “copy” of the note is okay. It’s not. There might be one hundred copies of the note out there floating around, but only the possessor of the original is the proper plaintiff in a foreclosure action. They say that the clear transfer of the mortgage should be enough; it’s not, the UCC clearly states the note itself must be produced. The Code has a provision for proving up lost notes, but it has stringent requirements that Octopus National is not likely to meet. 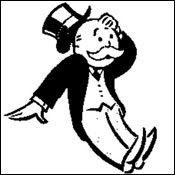 Recently a number of courts have daringly followed the law and ruled that absent proof that the plaintiff bank has the original promissory note in its possession, it has no standing to file the foreclosure action. Who does? Why, whoever has the note. “But, your honor,” ONB will protest, “if we can’t sue and we can’t find the note, that means the home owner doesn’t have to pay the mortgage and can’t have the property foreclosed upon!” The answer to that is the home owner still owes the money to whomever possesses the promissory note. Indeed, the Uniform Commercial Code is clear: if the home owner pays the wrong person (Octopus National Bank) and the original promissory note turns up in different hands, the home owner owes the amount of the note to that person. Moreover, the home owner continues to have a mortgage lien encumbering his/her property, and therefore can’t sell the house without first coming to terms with the mortgagee’s assignee. To the bank's argument that a copy of the promissory note should be enough, ask any banker if he/she would be willing to accept a copy of check.

What should Octopus National Bank do if it can’t find the note? Why, get its money back from the entity that sold ONB the mortgage. “But that entity went bankrupt in the financial collapse!” ONB sputters, tearing its figurative hair. Well, that’s sad. But what it then ultimately means is that ONB bought a worthless asset, a business risk. [Another side note: would you believe that banks caught in this situation are forging promissory notes and filing suit on them? It’s shocking, but true.]

The uproar over this has been amazing, and suddenly the law of promissory notes is being litigated everywhere. I’m taking speaking engagements all over the country, and even though I swore I was done writing law review articles, I think I must pen one last on this topic, though I don’t know if I’ll have the courage to call it “The Sexy Promissory Note.” That sort of thing makes academia frown and purse its collective lips.