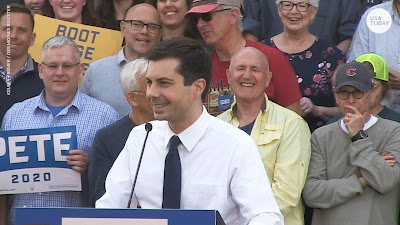 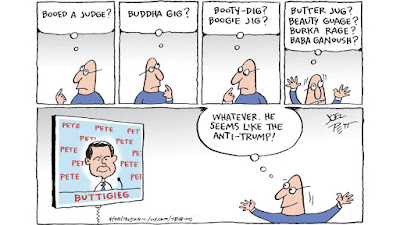 Peter Paul Montgomery Buttigieg (yes, all of that), most commonly known as “Mayor Pete,” turns out to be a formidable candidate in spite of the supposed problems noted above.  He is reputed nationally as a “mayor’s mayor,” widely regarded as one of the finest municipal executives in the country, and much beloved by the people of South Bend, Indiana, who reelected him with 80% of the vote even after he came out as gay. 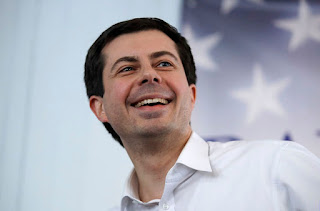 What makes Pete so popular?  Well, of course, there’s more, much more to the man.  His background is stellar: After graduating from Harvard he was a Rhodes Scholar, getting a Master of Arts at Oxford, his writings have won awards, he joined the United States Naval Reserve and did a tour of duty that included combat in Afghanistan, was named Mayor of the Year in 2013, and has done amazing things for the City of South Bend.  Oh yes, he’s also a devout Christian, speaks seven languages, and plays both the piano and the guitar.  He is married to Chasten Glezman (who also took Buttigieg’s last name). 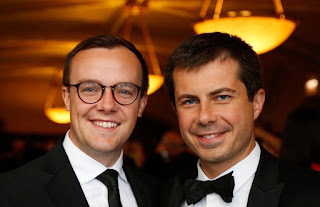 This is all impressive, of course, but what’s even more impressive is to watch Mayor Pete in action on TV or the internet.  He's not overbearing as many candidates are, but instead is calm, intelligent, full of common sense, fast on his feet, wise, and quite personable.  He has a great smile and comes across as truly concerned about this country, exhibiting a strong desire to put it back on a path very different from the one Donald Trump has beaten through a swamp of his own making.  To watch Buttigieg in action is to be stimulated.  I find myself muttering, “Just what we need: a smart man who cares and has lots of common sense.”

But what about the gay thing?  Well, with Barack Obama the question was “What about the black thing?”  When the candidate is right for the job—someone who fits the mood of the times, someone America feels it can trust to get things accomplished—these sorts of barriers no longer seem so high.  With Obama voters quickly learned to stop thinking about him as black and just think of him as effective.  Mayor Pete is like that.  He knows how to talk to Trump’s base and address their problems, while Trump has failed to do more than make empty promises to them.  Many of the people of South Bend are very much Trump's kind of voters, but they really like Pete. 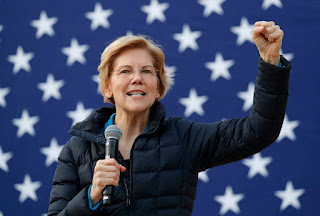 What about the mass of other candidates?  There are a thundering lot of them and who knows who might turn out to be a better choice.  A number of them are quite impressive.  Elizabeth Warren is a personal friend of mine (I’ve known her since she started teaching in the early 80s), and she would make a terrific president.  Her followers, of which I am one, adore her, and she’s smart and caring, a fierce debater, and has a wonderful sense of humor.  But she has detractors and enemies and her candidacy (which I support wholeheartedly and even financially) has so far not moved her to the top of the pack as an obvious choice.  Go, Liz!  I’ll do what I can to help you get elected.

Joe Biden and Bernie Sanders have major baggage.  They are both far too old to become president in 2021, but even were that not a damning characteristic (as it is in my opinion, and I speak as a 75 year old myself), they have major flaws. 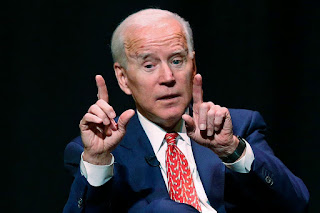 Joe Biden has a history of outrageous plagiarism.  He was tossed out of law school when caught using other writers' words as his own in a major piece of scholarship (and then, crying, threw himself on the faculty’s mercy and was readmitted), but he went on to outrageously plagiarize the speeches of others in his 1988 presidential run, was caught at it, and ignominiously dropped out for that very reason.  Joe’s a nice guy, but he is widely known known as "Mr. Gaffe" since he speaks before he thinks and constantly gets himself into trouble.  This will only get worse as he ages.  While I’d like having Joe over to the house for drinks (I'm sure he'd be lots of fun), I don’t want him as my president.  I’ve written about this before (see Related Posts below). 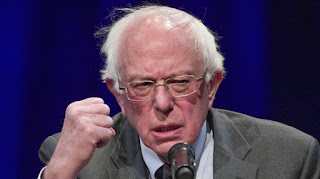 Bernie Sanders is a wonderful thinker and a great speaker.  He is dedicated to causes and an impressive person.  But he's known as a man who does not tolerate dissent from his views; “my way or the highway” has always been his approach, and those who know Bernie say he is a difficult, almost impossible, person to work for, the sort of boss who mistreats his staff.  His early history contains episodes in which he explored communism, and the far right can’t wait to highlight that (say on billboards, skywriting, and flooding the internet) were he nominated as the Democratic candidate.  Alas, Bernie has no sense of humor, and that factor is one that always makes me recoil.  As with Biden I’ve written about his defects before (see Related Posts below).

Take out the two top candidates so far (Biden and Sanders) and Peter Buttigieg moves to the top.  I don’t know if he can stay there, but I am now a fan of this man.  So is my husband, who is walking around the house wearing a “Mayor Pete” t-shirt, and who has purchased a coffee mug which explains how to pronounce his name. 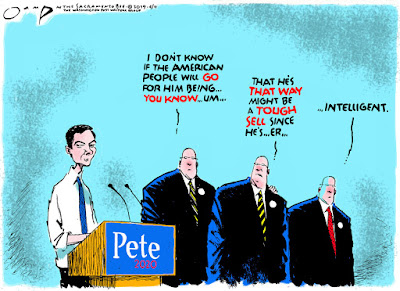 About that name.  Here is how to say it right:  First say the word “edge” twice, very quickly.  Then put the word “boot” in front of the repeated “edges,” emphasizing the “boot” and saying the two “edges” quickly.  Practice a couple of times and you’ll be able to say “Buttigieg” correctly with the best of them.

Just one last thing.  Think how proud we can be of our country—how adult we are, how far we’ve come—if on January 20, 2021, Chief Justice Roberts holds out a bible and swears in Peter Paul Montgomery Buttigieg as the 46th President of the United States. 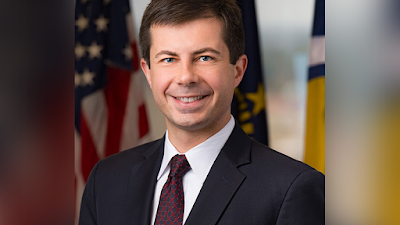 “Joe Biden, Plagiarism, and Why He Shouldn’t Run For President,” August 25, 2015; http://douglaswhaley.blogspot.com/2015/08/joe-biden-plagiarism-and-why-he.html

“Why I Love Bernie Sanders’ Ideas, But Hope He Won’t Be the Nominee,” October 20, 2015; http://douglaswhaley.blogspot.com/2015/10/why-i-love-bernie-sanders-ideas-but.html