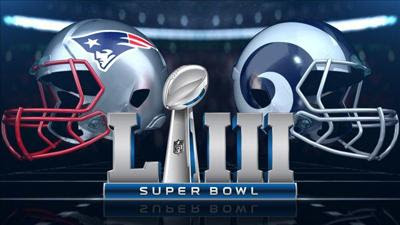 I was reared in a sports family, played some sports myself, and follow the Chicago Cubs, and the basketball and football teams from Ohio State, Maryland, and Texas (all schools where I either work or which gave me a degree).  My husband, David Vargo, is the opposite.  When we first got together over six years ago he knew nothing about sports and wasn’t keen to learn.  But he joined the chosen family I have here in Columbus, Ohio, and they are all sports fans (a little nuts for the Buckeyes) so David gamely learned something about baseball, basketball, and, most importantly in Columbus, Ohio, football.  We have the chosen family over for lots of the games.

The first year he was here we went to the famous “Black Out” game at the Horseshoe in Columbus when the Buckeyes had the crowd dress all in black to defeat Penn State in a freezing night game.  So, now in our seventh year, David knows quite a bit about football, understanding the rules and not infrequently sitting through the Buckeye games with me or the entire family.  It’s not his favorite thing to do, but he’s adapted.

I’m on top of college football annually.  When it comes to professional football I quit paying attention many years ago, but I do watch the Superbowl each year.  I remember the first one and I am pretty sure I’ve seen them all.  But I can’t work up any enthusiasm for watching any sport unless I care who wins so I artificially pick one of the Superbowl teams and root for it.

Ever since Deflategate in 2014 I’ve had a sour taste in my mouth when it comes to Tom Brady, the very talented quarterback for the New England Patriots with a fondness for pliable footballs, so this year I once again cheered for the Patriot’s opponent in the Superbowl, the Los Angeles Rams (even though there was a serious argument that a botched referee non-call was a major reason they made it into the big game).  David decided to watch at least the beginning of the game with me and, to my annoyance, announced he was rooting for the Patriots.  “Why?” I asked.  “Because my family came from New England and I think Tom Brady is sexy,” he replied.  Hmm. 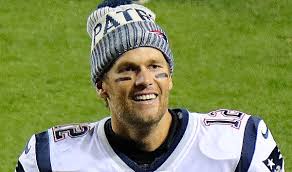 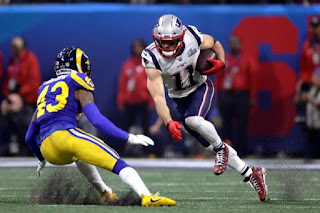 The game itself was the lowest scoring Superbowl ever and neither team did much in the first half.  But right away I started noticing the terrific performance of Julian Edelman, wide receiver, of the Patriots whose pass catches and broken field running were superb.  Not only that, he appeared to be something of a hunk himself.  I said as much to David, and, ever the internet researcher, David promptly made some clicks on his phone to produce a picture of Edelman. 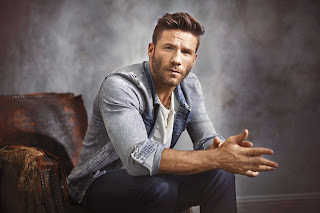 “Good looking,” I commented.  As a joke I threw in “Can you find any photos of him nude,” which immediately resulted in this: 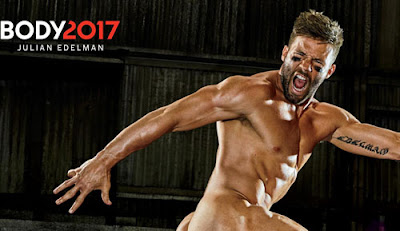 It turns out that Edelman (who was named the MVP for this Superbowl, probably a blow to Tom Brady) has a record of being very LGBT friendly.  He has never married but he does have daughter (born in 2016) from a relationship with an ex-girlfriend.  He has had a long-standing bromance with  Brady and with former Patriot star Danny Amendola, with whom he had a filmed vacation in Mexico [You Tube https://www.youtube.com/watch?v=QaRlJyOrnSY].  Hmm, again.


David actually watched the whole game with me, which pleased me a lot.  There wasn’t a touchdown until late in the game when the Patriots finally made one, but the most exciting moment came on the very next drive by the Rams.  It looked like they were about to complete a long pass down near the goal line when Stephon Gilmore of the Patriots made a leaping interception of the ball.  I slumped in my chair. 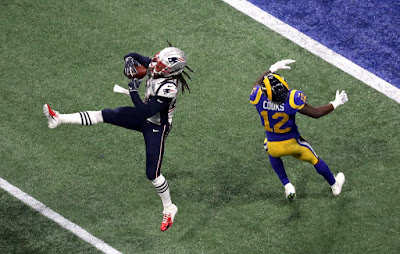 But that’s the same moment when something amazing happened in our living room.  David, like Patriots fans all over the country, jumped to his feet, throwing his arms in the air, and yelling in delight!  I was thunderstruck.  David had fully appreciated what was going on, become invested in the Patriot’s success, and just like that joined the ranks of a real football fandom.  What an amazing change from the sports challenged Floridian I married years ago!

Now if he could only give up rooting for Tom Brady and those damn Patriots life would be ideal.  Surely the Patriots won’t be in the 2020 Superbowl and this same debacle happen all over again. 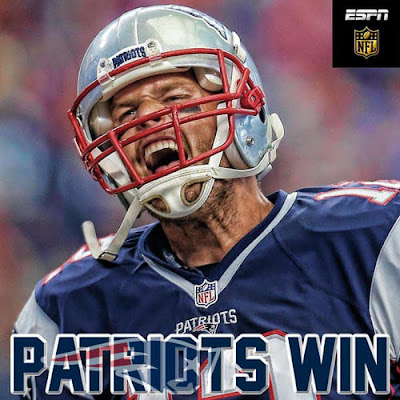