Must a Baker Create a Cake for a Gay Wedding? What Will the Supreme Court Likely Say? 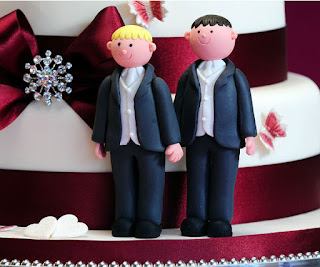 The facts are clear.  The baker, Jack Phillips, is a devout Christian who has in the past refused to make cakes for various events that are in conflict with his deep faith: ones for Halloween, cakes with adult themes, cakes containing alcohol, etc.  His appearances on various shows like “The View”  [https://www.youtube.com/watch?v=coBIZle18kM] make it clear that he’s a nice guy, proud of his craft, and very committed to his religion which believes that homosexual marriage is in violation of biblical precepts.  Mr. Phillips is perfectly willing to sell gay customers his other fare: cupcakes, cookies, etc., but balks at participating in an activity he believes is sinful.  Hence, goes the argument, he is not discriminating against gays, only against gay weddings.

How will this likely be decided by the Supreme Court (which will hear arguments this term and hand down a decision by the end of June)?  As is usual in controversial liberal/conservative cases everything turns on the opinion of one Justice: Anthony Kennedy, the swing vote between the four liberals and the four conservatives.  Justice Kennedy has been terrific in gay cases, including the 2015 decision in Obergefell v. Hodges, which gave gays the right to marry.  In fact Kennedy was the author of the majority opinions in the five major gay rights cases deciding by the Court in recent years.

In Obergefell Kennedy discussed religious objections to gay rights, and his language can be read to aid both sides in the new case:

Many who deem same-sex marriage to be wrong reach that conclusion based on decent and honorable religious or philosophical premises . . . .  Many who adhere to these doctrines may continue to advocate with utmost, sincere conviction that, by divine precepts, same-sex marriage should not be condoned.  But when that sincere, personal opposition becomes enacted law and public policy, the necessary consequence is to put the imprimatur of the State itself on an exclusion that soon demeans or stigmatizes those whose own liberty is then denied. Under the Constitution, same-sex couples seek in marriage the same legal treatment as opposite-sex couples, and it would disparage their choices and diminish their personhood to deny them this right.

So perhaps it looks good for the gay couple in the new case, but not so fast. 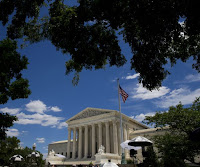 In Burwell v. Hobby Lobby, decided by the United States Supreme Court in 2014, the Court’s five person majority (all males and all Catholics) including Justice Kennedy (and over the vigorous dissent of the four liberals) decided that a corporation like Hobby Lobby—the stock of which is owned by a very religious family—is protected by the First Amendment’s freedom of religion clause and thus could use religious beliefs to object to funding family-planning coverage for its employees mandated by federal law.  Corporations are thus now “people” too and religious corporations go to church just like other U.S. citizens!

The Hobby Lobby decision opened the door to the argument that people (including corporate “people”) have a right to discriminate against anything or anyone that violates their religious beliefs.  I’m no constitutional law scholar (my field is commercial law), but it will be interesting to see how Kennedy balances religious freedom and gay marriage in this case.  There is even a freedom of speech issue: cake-creation is an artistic statement.  Note that Phillips calls his business "Masterpiece Cakeshop."  Can Colorado’s law force a baker to use his talents to design and sculpt a cake that will add his talented abilities to the supposed sin of gay marriage? 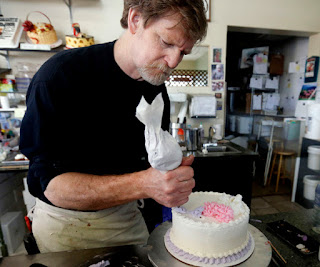 If the Court says no so that Phillips wins, a slippery slope argument leads down other icy paths. Would a pro-baker decision require other religious exemptions such as allowing a Muslim-run organization to refuse employment to Jews since the Quran entombs hatred of the Jews as a basic Islamic tenet?  Might the Court compromise by saying that gays can always get a cake elsewhere, so Phillips wins, but were he the only baker in one hundred miles he would then have to make the cake?

It gets more complicated.  How in the world do we judge the sincerity of religious belief?  Must there be a history of such a belief, as Mr. Phillips clearly has, or can newly-acquired belief be enough?

What will be the legal standard for something as amorphous as devout conviction?  Can someone who hates gays but who has never been religious suddenly turn away homosexuals from their pizza shop by deciding to be Christian after all and then point to the biblical verses condemning homosexuality?  [See Related Posts below.] 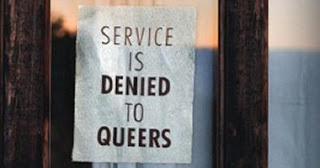 There’s more.  The religious views might be devout, true, and extreme: “Women are all unclean so at our company we only hire men!”  Sadly, this country has a sordid history of discrimination against all sorts of people thought to be lesser human beings. 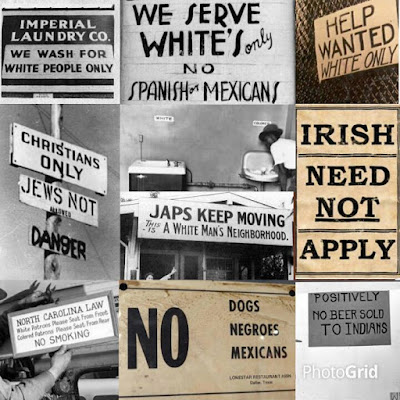 If the Court sides with the baker in this case it will then spend decades deciding ugly cases in which these fact patterns will be presented.

I’m a gay man, quite liberal, an atheist, and someone with small patience for the argument that a religious belief should justify discrimination based on irrelevant factors such as race, sex, national origin, etc.  But I also am a firm believer in freedom of religion and freedom of expression.  The arguments in favor of Mr. Phillips are not flimsy, and the Court’s decision . . . well, Kennedy’s decision . . . could go either way.  It will be very tempting to rule that religion trumps gay marriage, and perhaps that’s the most likely result.

But it’s my own opinion that the better answer is to say that if someone is going to enter the business world and offer services to the public discrimination is not allowed, not even for religious reasons deeply felt.  If someone’s religion commands discrimination against customers to whom the door must be closed simply because they are black, female, born in Mexico, or gay, then that person should choose an occupation where the issue won’t arise (writing novels, playing sports, writing code, etc.).  In the United States at least the market place should be open to everyone. 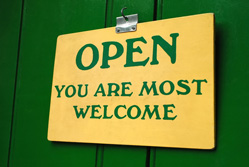 Related Posts:
“A Guide to the Best of My Blog”; http://douglaswhaley.blogspot.com/2013/04/a-guide-to-best-of-my-blog.html

“Is It Legal To Discriminate Against Gay People?” March 19, 2014; http://douglaswhaley.blogspot.com/2014/03/is-it-legal-to-discriminate-against-gay.html


"Does the Bible Condemn Homosexuality and Gay Marriage?" June 29, 2014; http://douglaswhaley.blogspot.com/2014/06/does-bible-condemn-homosexuality-and.html

“Married at Last! A Gay Lawyer Looks at What the Supreme Court Actually Said About Same-Sex Marriage,” June 30, 2015; http://douglaswhaley.blogspot.com/2015/06/married-at-last-gay-lawyer-looks-at.html

“Discrimination in the Name of Religion: Methodists, Religious Freedom Laws, and What’s Right,” May 31, 2016, http://douglaswhaley.blogspot.com/2016/05/discrimination-in-name-of-religion.html