My Lifelong Loathing of Buttons

I want to know who—in 2017—still thinks that buttons are the best way to fasten clothing?  Show me this person and we’ll have a debate that at some point will escalate to the point where I pull out some of the choicer words I learned in my Navy days.

Let me start by making it clear that I don’t suffer from koumpounophobia, which is the tongue-twisting name for the fear of buttons.  I don’t fear buttons.  I just detest the vile things.

Starting when I was a little boy struggling to push a button through a tiny slit slightly larger than the button itself, up to yesterday when I grabbed a shirt from the closet that had just come back from the dry cleaners and realized that even though I was in a great hurry I would nonetheless have to fasten fourteen buttons before I could get out of the house, my hatred of the damned things been a steady feature of my life. 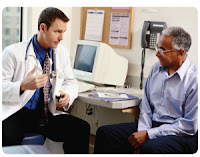 I’m not a particularly clumsy person, nor am I remarkably adept at motor movements.  I guess I’m more or less average when it comes to maneuvering small objects about.  But for unknown reasons I struggle mightily with buttons.  The ones up and down the front of a shirt aren’t bad, and those are routinely dealt with quickly when I first put on a shirt.  But I don’t see the need to unbutton this shirt when I plan to use it again.  I just slip it off over my head the same way you’d exit a sweater.  When I need the shirt again I ship it back on, already buttoned and ready to go.  This saves much time when one is in a hurry.  Once at a doctor’s office when he asked me to take off my shirt, I slipped a buttoned shirt off over my head in this fashion, and the doctor looked astonished.  “”You’re the second man this week who’s done that!” he exclaimed.  “Yeah, yeah,” I mumbled, “we’re members of a secret society.”

When it comes to the evil buttons on shirt sleeves I approach these with a practiced dread.  Typically there are two buttons on each sleeve (and, happily if rarely, sometimes only one), but for all too many shirts the sadist who made the creative decisions has decided to use as many as three buttons at each wrist.

Mysteriously, when I’m purchasing a shirt it never occurs to me to count the sleeve buttons, and I certainly wish it did.  On bad days I can fumble through the fastening process for over five minutes, going from mumbling, to grumbling, to profanity in an ugly progression.  If, happily, my husband is home I often end up walking pitifully to him, wrists out, confessing failure, begging help.  If he’s not available our cats have, alas, proved useless in this regard.

Why do we use buttons at all?  What is their allure?

They’ve certainly been around a long time.  For thousands of years they were merely ornaments and not fasteners at all, but in the 1200s in Germany they were first used to connect parts of clothing together, and this became a fashion and custom that is still with us over 800 years later. 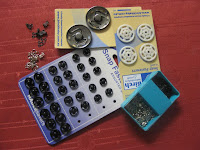 Enough!  It’s time to stop.  It’s time for a new fastening fashion.  There are wonderful possibilities, and in this inventive new century there are no limits to what might be possible as button substitutions.  Obvious candidates are snaps, hooks, Velcro, magnets, and that old standby: the zipper.  Why aren’t these common replacements for buttons?  Think of the time we would save if we never had to struggle with buttons again!  [I also hate shoe laces, but let’s save that for a later blog post.]

Readers of this post: are you also fellow button-haters?  Are you with me?  Let’s start a movement!  Create slogans!

We could put those slogans on buttons!  Wait a minute!  What did I say?  Buttons? (Whaley loses it and has to led from the room.)