When my son Clayton was a little boy I taught him some of the silly verses that have stayed with me all my life, and that still amuse me at odd moments.  Here’s one:

Yesterday upon the stair
I met a man who wasn’t there
He wasn’t there again today
Gee, I wish he’d go away!

And here’s another with a very clever rhyme at the end:


So, instead of a heavy tome on politics or social issues, I thought I’d devote a blog post to giving you some of my favorite items along these same lines.


I trust you know this riddle and its famous solution: 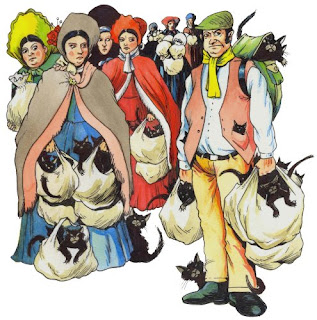 Before you get all tangled in an algorithm trying to do the multiple multiplications, be warned that the question has a trick, and therefore results in a simple answer.  See if you can solve it, and if not just google https://en.wikipedia.org/wiki/As_I_was_going_to_St_Ives for the solution.

Some of these brainworms have a vulgar side.  This one I saw scribbled on the wall of a toilet stall, and it fixed itself forever in my brain: 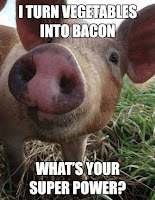 The pig, if I am not mistaken,
Supplies us sausage, ham and bacon,
Let others say his heart is big--
I call it stupid of the pig.

Ogden also had this advice on how to make your party a success: 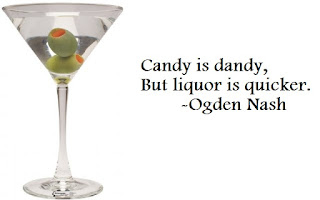 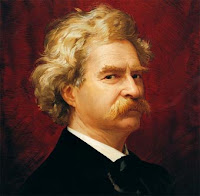 Mark Twain concocted one of the greatest brainworms of all time.  He originally called it “A Literary Nightmare,” but these days it’s much better known by the jingle that causes all the trouble in the very short story: “Punch, Brothers, Punch.”  You can have it read to you in thirteen funny minutes at http://50nug.com/punch-brothers-punch-by-mark-twain/, but be warned that the rhyme in the story will cause you problems for days.

Since I was eleven years old I’ve been a major fan of the works of William Gilbert and Arthur Sullivan, who created classic comic operettas in Victorian England [for my blog post on point see “A Fanatic’s Tale (This Isn’t Pretty)”; http://douglaswhaley.blogspot.com/2010/04/fanatics-tale-this-isnt-pretty.html].  Gilbert, who wrote the words for Sullivan’s music, began his career writing silly poems, and I’ll close this post with the most famous of these.  I was at a play last year when I was pleased to see one of the characters, a fisherman, enter singing the same song appearing in the poem.

The Yarn of the 'Nancy Bell'

'Twas on the shores that round our coast
From Deal to Ramsgate span,
That I found alone on a piece of stone
An elderly naval man.

His hair was weedy, his beard was long,
And weedy and long was he,
And I heard this wight on the shore recite,
In a singular minor key:

"Oh, I am a cook and a captain bold,
And the mate of the Nancy brig,
And a bo'sun tight, and a midshipmite,
And the crew of the captain's gig." 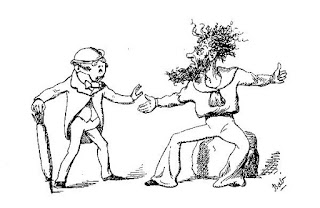 And he shook his fists and he tore his hair,
Till I really felt afraid,
For I couldn't help thinking the man had been drinking,
And so I simply said:

"O, elderly man, it's little I know
Of the duties of men of the sea,
But I'll eat my hand if I understand
How you can possibly be

"At once a cook, and a captain bold,
And the mate of the Nancy brig,
And a bo'sun tight, and a midshipmite,
And the crew of the captain's gig."

Then he gave a hitch to his trousers, which
Is a trick all seamen larn,
And having got rid of a thumping quid,
He spun this painful yarn:

"'Twas in the good ship Nancy Bell
That we sailed to the Indian sea,
And there on a reef we come to grief,
Which has often occurred to me.

"And pretty nigh all o' the crew was drowned
(There was seventy-seven o' soul),
And only ten of the Nancy's men
Said 'Here!' to the muster-roll.

"There was me and the cook and the captain bold,
And the mate of the Nancy brig
And the bo'sun tight, and a midshipmite,
And the crew of the captain's gig.

"For a month we'd neither wittles nor drink,
Till a-hungry we did feel,
So we drawed a lot, and accordin' shot
The captain for our meal.

"The next lot fell to the Nancy's mate,
And a delicate dish he made;
Then our appetite with the midshipmite
We seven survivors stayed.

"And then we murdered the bo'sun tight,
And he much resembled pig,
Then we wittled free, did the cook and me,
On the crew of the captain's gig.

"Then only the cook and me was left,
And the delicate question, 'Which
Of us two goes to the kettle?' arose
And we argued it out as sich.

"For I loved that cook as a brother, I did,
And the cook he worshipped me;
But we'd both be blowed if we'd either be stowed
In the other chap's hold, you see.

"So he boils the water, and takes the salt
And the pepper in portions true
(Which he never forgot) and some chopped shalot,
And some sage and parsley too.

"'Come here,' says he, with a proper pride,
Which his smiling features tell,
' 'Twill soothing be if I let you see,
How extremely nice you'll smell.'

"And he stirred it round and round and round,
And he sniffed at the foaming froth;
When I ups with his heels, and smothers his squeals
In the scum of the boiling broth.

"And I eat that cook in a week or less,
And -- as I eating be
The last of his chops, why, I almost drops,
For a wessel in sight I see!

"And I never grin, and I never smile,
And I never larf nor play,
But I sit and croak, and a single joke
I have -- which is to say:

"Oh, I am a cook and a captain bold,
And the mate of the Nancy brig,
And a bo'sun tight, and a midshipmite,
And the crew of the captain's gig!"