When I say “happy atheist” in the title of this post I don’t mean that all atheists are happy, but that most atheists are happy about being atheists.  Other than that attitude, atheists may be as happy or as miserable about the other aspects of their life as other human beings.

If you ask the public at large what atheists’ lives are like, you will get a list of adjectives, but I would bet a large amount that “happy” wouldn’t be among them.  If you ask atheists themselves how they feel about being an atheists, most would smile and say they feel fine, and are . . . well, yes, “happy” about it.

This might sound shocking or at least improbable to theists.  In the view of many religious people the only route to happiness is a firm belief in some sort of god or at least a spiritual existence beyond this world.  Asked what life would be like with no such belief, they usually envision bleak and sad drudgery.

From the atheist’s viewpoint the opposite is true.  A religious life is one spent wasting much of one’s limited time on this planet dealing with a fantasy: praying, going to church/synagogue/mosque, Bible/Torah/Quran studies, many meetings discussing various activities designed to buck up the religious model, etc.  Identify yourself as religious and family, neighbors, friends, associates, casual strangers will police you to see if you’re in compliance with the demands of your religion’s requirements for conduct, appearance, utterances, and much, much more.  And all of this—atheists believe—comes with no reward other than conformity with demands of those with similar beliefs and the warm fuzziness that some religious myths provide (your dead loved ones will someday welcome you into heaven, clapping you on the back and handing you a harp). 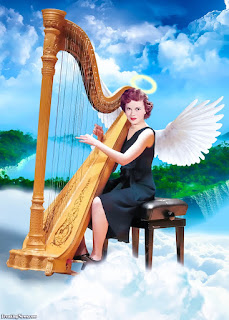 But when religious people die, atheists contend, the same thing happens to them as happens to nonbelievers: their existence terminates and it’s all over.  No god, no heaven, no harp, nothing.

Yes, theists get some comfort in believing in an afterlife, easing the path to one’s death.  But surely most theists also worry—even if they never articulate the thought—that their beliefs are wrong and maybe there’s nothing after life, so their “comfort” on their deathbed is muddied  by that possibility.  If this were not so why wouldn’t death always be an event to celebrate?  Why would survivors mourn for the dead if they have gone to a “better place”?

Consider then that atheists are free of all this metaphysical angst and can get on with making this life as pleasant as possible.  While doing so atheists have no time-consuming religious duties, so their lives contain more leisure for pursuing things worth enjoying here and now.  I have argued before in this blog that they even die well;

This morning’s newspaper contained a letter to the editor commenting that Stalin was a “practicing atheist.”  Hmm.  I don’t know what that means.  How do you “practice” atheism?  The writer is treating atheism as just another sort of religion, something one does.  But that can’t be true.  Atheism, by definition, is not for something, it’s against a belief in a god: a-theism.  Here the “a” is the same “a” as in asymptomatic, arrhythmic, asexual.  It denotes the absence of a belief in god, but doesn’t espouse anything in its place.  Some wag once commented that calling atheism a “religion” is like saying “bald is a hair color.”  I suppose what the writer to the editor meant was that Stalin headed a regime that forbade religious beliefs (hence “atheistic”)—and that, of course, is to be condemned by everyone.  I’m a lawyer and I strongly believe in freedom of religion.  I also believe that right includes freedom from religion.  Our courts have agreed: civil rights laws forbidding discrimination on the basis of religious beliefs protect atheists as well as theists. 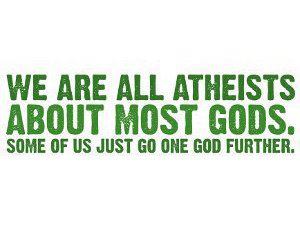 The atheist movement doesn’t include a goal of forbidding religion (though it urges all people to think seriously about the wisdom of such beliefs), but instead concentrates on making sure that governments respect all beliefs about religion, including the right not to participate in religious practices.  Thus atheists can’t be fired for their non-belief, nor can their children be forced to pledge allegiance to God, nor can religious rituals (like prayer) be part of governmental ceremonies or public education.  Atheists do bring lawsuits to keep religion from spreading from the private sector into public affairs.  Just as Stalin was wrong to forbid religious practices, religions are wrong to insist that everyone bow their heads and at least pretend to pray in public buildings. I am furious when this happens to me, and even in private non-religious meetings I can fume at the presumption that everyone present is a Christian [see my blog post “Atheists, Christmas, and Public Prayers,” December 9, 2011; http://douglaswhaley.blogspot.com/2011/12/atheists-christmas-and-public-prayers.html.] 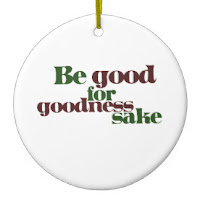 There are some atheists who do miss the social aspects of church activities, and these folks have begun organizing Sunday meetings for atheists where non-believers can hear talks and meet other atheists and discuss current problems that concern secularists.  I’ve not been to any of these gatherings, and I’m not going either.  I was raised a Catholic (see “Related Posts” below) and, unlike many of my fellows, I hated church, finding it pointless even when I was very young.  I’m told by atheist friends who attend these nonreligious versions of church that, good intentions aside, they are typically pretty dreary affairs. 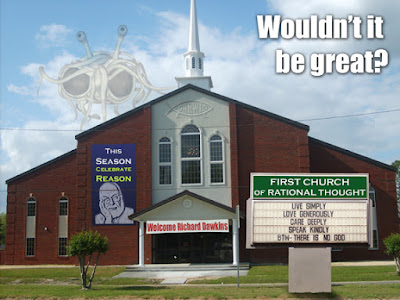 Most atheists don’t join atheist organizations (though there are a lot of such groups, many doing important work to combat the excesses of religion).  Most atheists don’t even mention their atheism unless pressed, and sometimes even then they’ll lie and pretend to be theistic just to get along with neighbors or family.  Most atheists consider their nonbelief as a very minor part of who they are, but to the extent they think about it at all they’re usually happy they aren’t caught up in the religious trap. 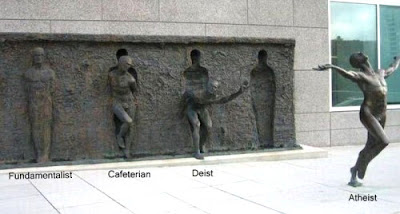 And that’s what I meant by the title of this post. 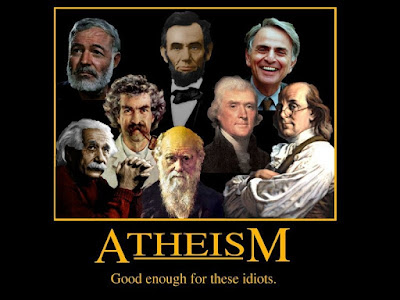