Gay Bashers, Homophobes, and Me 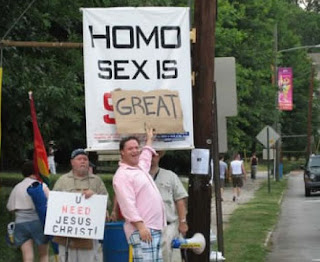 In 1978, as I've related in this blog (see "The First Time I Nearly Died," below in "Related Posts"), I'd survived a ruptured appendix that went untreated for two weeks, and finally, by that summer, was on the mend, though I was still dealing with a fistula (a rupture spewing gunk from my insides) in my upper abdomen.  My then-partner, David Merry, and I decided to attend a gay rights function at a bar ("Rudely Elegant") on the west side of Columbus.  In those early gay rights day there were almost no venues where gays could safely gather except the bars.  I was just beginning to gather the courage to become a gay activist myself, and, since I was still not fully recovered from my life-threatening recent experience, David drove us to the bar.  On the way in we had to walk past a group of young straight men with an attitude (David later told me that one of them swatted his head as we went by, which I didn't learn until later that night).  I no longer remember what the gay right event was, nor what was said, but when we exited we were pleased to see that the threatening crowd was gone.  We walked to the car.

David climbed in on the driver's side, and as I went around the car to get in the other side, I was stopped by five or six teenagers, of both sexes, one of whom said, 'Here's a faggot!"  Startled, I looked up just as one of the young men ran up to me and kicked me as hard as he could in balls.  I yelled something like "Hey!  Stop that!" as I doubled over in pain.  As I looked up at him he sneered and said, "What, faggot?", but seeing David rise up from his side of the car (David is tall, and a former farm boy), he signaled to the others and they ran off.


"What happened?" David said to me as he helped me into the car.  I told him, and he went wild with anger.  He jumped to his door, started the car, and began speeding around the streets, hoping to run down the little gang.  I yelled at him to let it go (the lawyer in me was already envisioning the trial of State v. Merry for manslaughter by vehicle), but he wasn't listening.  Luckily, the teenagers were gone, and in the end all we could do was drive home.  When I went the next day for a routine appointment with my surgeon, the great Dr. John Minton (see the post mentioned above), he was astounded that my testicles had turned quite black and were bigger than softballs.  When he asked what the hell had happened, I told him, which caused him to be as mad as David had been. 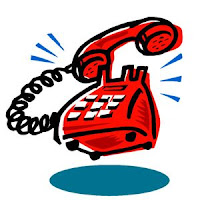 This was my only physical experience with gay bashers, though I later did have to fend off a goodly number of threatening phone calls as I became more and more of a well-known gay activist in Columbus, Ohio.  These occurred in the days before Caller ID, and if I hadn't been home to answer the phone myself, there was frequently a crude message ("Die, fag!" for example) left on my answering machine.  More than once these were even on my machine at the law school (and, to his amazement, I played one of them to the Dean who happened by my office just as I was listening to it).  When the calls were live I used the technique taught me by my mother (see "The Aging Gay Rights Activist"), who was always getting Mafia threats about prosecutions my prosecutor father was conducting in Dallas.  "Here's what you do, Doug," she told me candidly.  "Just hit the cradle a couple of times quickly to cause noises, but not enough to hang up, and then say, 'This is one of those calls, operator—please trace it.'  Then what happens is they hang up fast, and, instead of scaring you, they're scared themselves.  It's the opposite of what they'd planned on."


I think it's a rare person who's taught how to handle phoned death threats by their mother.


In those early days of gay activism here in Central Ohio, I was frequently on TV or radio call-in shows, or giving talks in various venues.  Rather than let others keep the conversation focused on how "perverted" queers are, I would immediately change the subject to whether those who hated gays weren't really bigots.  Of course "bigot" is a label few people want to wear, and this produced very heated (but defensive) discussions about their supposed bigotry.  At the gay pride parade and rally in Columbus each year for the first few parades, I was frequently the final speaker, and was known for getting the crowd on their feet and shouting.  My standard ending was the "Bigot Chorus," which you can see for yourself on this video from the 1984 march (under four minutes in length---click on the PLAY triangle in the lower left corner).

One of my contributions to the gay movement locally was to teach gay men and lesbians to be quick to introduce bigotry into the discussion.  I'd learned that if you did that it shut up a lot of homophobes.


One last story.  In 1991 at The Ohio State University, where I teach, many people were startled when two gay men were appointed to the Homecoming Court.  There was much outrage at this effrontery (remember it was over 20 years ago, a very different era for gays).  The homophobes both on and off campus were majorly upset.  Some letters to the Columbus Dispatch protested the very existence of any gays on campus, much less allowing such deviates to participate prominently in Homecoming. 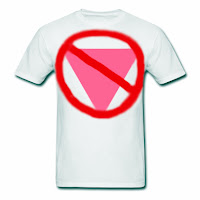 The Homecoming game was on Saturday, October 26 against Michigan State (we won by ten points).  My then partner, Jerry Bunge, and I, as usual, walked across campus to Ohio Stadium.  Near the stadium there was a shady spot under some trees where a group of male students were selling t-shirts.  As the crowd Jerry and I were part of passed by them, some of the students in our midst started cheering this little group, and I strained to see what they were selling.  The only item for sale turned out to be a t-shirt that displayed on one side a pink triangle (the symbol Hitler had  made homosexuals wear in the death camps, and subsequently adopted by the gay community as a badge of pride), but on the t-shirt the pink triangle had a red restriction sign across slashed across it.  On the other side of the shirt was this advice: "LET'S BEAT THEM BACK INTO THE CLOSET!"
Jerry and I passed by before exactly what was going on sank in, but all during the game I became madder and madder.  We had a thermos of Scotch with us, and it was consumed during the game.  When the final whistle blew, we wended the way to our car along the same route we'd come.  Fairly drunk but not happy, I asked Jerry if he thought they'd still be there, and he allowed as how he guessed not.  As we rounded a corner, there they were: three undergraduate males happily hawking the shirts.
I was furious and (filled with "Irish courage"—er—"Scotch courage"), I said to Jerry, "Come on!"  He later confessed he had no idea what was about to happen, but gamely followed my lead.
I stormed up to them and said in a very loud voice (and I have a very loud voice when I want to use it), "I am Professor Douglas Whaley from the Ohio State Law School, and I want to know what's going on here!  Let me understand this: you're advocating violence on our campus?"
The very young student I was talking to looked shocked.  "No," he protested, "not violence!"
"The what does 'BEAT THEM' mean," Jerry asked, also in a loud voice.
"'BEAT THEM' can only mean violence!" I pronounced.  A crowd gathered, mostly students who appeared vaguely supportive of the students, so I turned to them savagely and demanded, "These people want violence on your campus!  Do you want that?  This is Nazi stuff!"  The crowd dissipated quickly (they undoubtedly thought I was a lunatic).  I turned back to the t-shirts students in time to hear Jerry say, "I’m a lawyer.  Do you have a vendor's license?  What're your names?"  At that the students frantically began gathering up the shirts.  I added, "What?  They won't give you their names?  Let's get their names!"
Now they panicked and ran, t-shirts flapping in their arms.  One of them dropped his hat and Jerry lunged for it as the student stopped to pick it up, but I dramatically said, "No, Mr. Bunge, let him keep his hat!"  As they were hightailing it around the corner, Jerry and I looked at each other and burst into laughter, whooping like howler monkeys.
This incident reminded me of a favorite "Fred Basset" comic strip by artist Alex Graham, so I had an enlargement of it made, appended this story to it, and framed it.  The picture hangs in my house still.  Here is the strip: