Readers of this blog know that whatever topic I harp on I'm dedicated to making sure what I write is true as far as I know it. I have no belief, no matter how strong, that I wouldn't abandon in an instant upon being shown it wrong. When I write on something where I don't profess to have all the facts, I say so (see Related Posts below such as "Muslim Atheist," "Two Cat Stories: Mama and Barney in the Wild").

So let's talk about evolution. 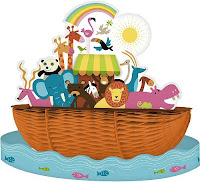 I have a neighbor who's a very devout Christian. When he learned that I was going to see the Steve Carell movie "Evan Almighty," he rang my doorbell the next day to give me some literature proving that Noah's Ark still exists and can be found today on Mt. Ararat. Contrary to what some of my steady readers might guess, I then thanked him politely, took the items he handed me (and even read them later), and moved the topic to something else ("Have you heard that barking dog behind our property?"). I've learned when to pick my battles and when it's a bad idea to antagonize your neighbors. We're friends, and he and his wife and I have helped each other through minor difficulties. They're nice people.

But the law professor in me, who's used to conducting Socratic dialogues in the classroom to get at the truth, wanted so much to ask him some basic questions. Did Noah include all the dinosaurs on the ark? Breeding requires genetic diversity to succeed, so with only two of each species was that enough to populate the planet, and, if so, why aren't all the species clearly generated from the same part of the planet (given that there are no kangaroos in Europe, for example)? What did the lions eat on the ark? What did they eat the night they were released? The next night?

The truth is that my neighbor is not interested in the truth. He's only interested in converting me to his very constricted view of the past. Being quizzed about the truth would offend him. If I could show him that the bible is an ancient book, full of wisdom but also full of many misunderstandings of how life works, would he want to know that? I strongly suspect the answer would be a resounding "no." He's invested his entire life in a faulty belief system, and it's too late to have something like reality interfere with how he will live the rest of it.

The slightest objective investigation of evolution shows that it's not only true, but not even subject to scientific question. One of the things that depresses young devout Christians (and their parents) who believe the earth is only 6000 years old, but who then go to college with an open mind and study biology, is that they, often reluctantly and with great anguish, become convinced that evolution is the only rational explanation of how life works and has always worked.

Yes, there are debates within the scientific community about the details of evolution. That's the tradition of science: getting it right, rooting our mistaken beliefs of the past, doing peer reviews of new explanations, testing, testing, testing. But, again, no reputable scientists doubt the fact of evolution (which is, scientifically speaking, only a "theory" the same way gravity is a "theory"). Oh yes, there are books by people with science degrees proclaiming that evolution is false, but none of them (and I mean none) come to the topic without backgrounds proclaiming their religious beliefs paramount, and they shamelessly misshape data to conform with those beliefs. Google up "Of Pandas and People," the intelligent design textbook that Texas attempted to foist on the nation's schools, to see the ugly things done in the name of pseudo-science/religion. 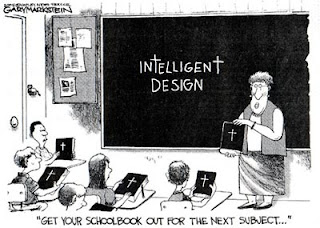 Not only scientists believe in evolution, so does every intelligent person who's studied the issue. Whenever the concept has been tested in a court of law, including multiple United States Supreme Court opinions, it's prevailed over the pitiful alternatives—such as "intelligent design" (meaning God created everyting) or "creationism," as ID was originally called. The argument in favor of exposing student to alternative origin of man theories is that no one could possibly know exactly what really happened, and students should be taught to think critically and make up their own minds—sort of a class vote. Well, by golly, that sounds democratic and worthwhile, until you realize that one of those choices being put forward has no factual foundation and is the teaching of religion in new terminology. Our constitution forbids religious indoctrination in public schools. If you're a devout Christian and think the constitution shouldn't ban this ("Repeal the First Amendment!"), consider what your children would be subjected to if the population of the local school district happened to demographically change to believers in Islam, who then demanded instruction in the Quran for all district children. The constitution protects freedom of religion, and we must all be guardians of that important idea. Religion should be taught outside government control. We don't expose students to alternative theories about other subjects: the shape of the earth, gravity, etc. Nor do we let students choose the rules of grammar, or where to geographically place the continents, or whether computers are powered by magic. In public schools we're teaching only what can be proven to be right.

Using that as a benchmark, "intelligent design" has flunked all legal tests. The most exhaustive case (the federal judge's opinion ran 135 pages as he, a Bush appointee, examined the evidence on both sides and concluded that intelligent design violated the First Amendment) is Kitzmiller v. Dover Area School District, 400 F., Supp.2d 707 (M.D. Pa, 2005). The full text, which is damning to proponents of intelligent design, can be found at http://scholar.google.com/scholar_case?case=16465861447416053365&hl=en&as_sdt=2&as_vis=1&oi=scholar.

If this were a discussion as unimportant as whether Noah's ark still rest on Mt. Ararat, I wouldn't be writing this post. But because of this controversy (or because some instructors, of course, adamantly believe in intelligent design), many biology teachers at all levels of public education prior to college either skip teaching evolution entirely or give it short shrift. At the college level, biology professors must endure hate mail and loud comments to indoctrinate the basics of a topic explaining how everything on the planet came to be.

And when I say "explaining how everything on the planet came to be," I mean exactly that. Evolution lays it all out and fits perfectly with all known facts. As I said above, no one seriously doubts this. But American students end up befuddled by mysticism, untrained in the basics, and therefore at a serious disadvantage on the international stage. Other countries in the world think that when it comes to science Americans are ludicrously mired in denial.