The Shame of the Republicans in Congress 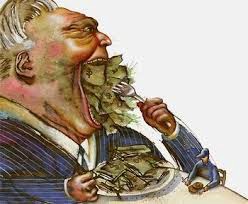 It’s no fun to think about budgets, but because it’s important let’s do so for a moment.  The new budgets proposed by the Republicans in both the House and Senate would be a disaster for the United States if enacted (which won’t happen), because those budgets, while pretending to be about paying down the deficit would actually add to it immensely while cutting both taxes and all federal programs that much of the country depends on, such as Medicare, Social Security, while completely eliminating Obamacare and the taxes that fund it.  The tax cuts would—surprise!—make the obscenely wealthy one percent of Americans even more obscenely wealthy, while making the rest of us poorer and bereft of governmental protection.  This is irresponsibility at its highest, and, interestingly, it’s fairly new to American politics to be this blatant about the goal.  For a terrifying New York Times article on point, see Paul Krugman’s “Trillion Dollar Fraudsters” (published last Friday) [http://www.nytimes.com/2015/03/20/opinion/paul-krugman-trillion-dollar-fraudsters.html?_r=0].

The proposed budgets do increase spending in one category: the military.  All the studies show that our defense spending is hugely wasteful, much padded by projects even the Pentagon does not want but dear to the hearts of politicians whose constituents live off of them.  Do we really need more?

When the United States Supreme Court handed down its decision in the Citizens United case (2010) ruling unconstitutional federal laws that limited how much corporations could contribute to political campaigns (one of the most shameful decisions the Court has produced in decades), the floodgates opened and Big Money took over our elections, and by extension, our lawmakers.  The superrich Koch brothers will spend more on the 2016 election than the Republican and Democratic parties combined!  Yikes!  And they’re just two of the richest men in the country.  As to how obscenely rich the rich are watch this YouTube video explanation, which is startling: https://www.youtube.com/watch?v=cIAm0OrRKCI.


When the wealthy are as wealthy as the wealthy are today they now can actually buy a majority in Congress.  Democrats are not immune to the sway of the fumes coming off the money waived under their noses, but the Republicans have been shameless in selling out for the moola.   Most Democrats are beholden to ideals that include making sure the government protects the people, but the Republicans now in office mostly stand for whatever will make the rich richer—the rest of the people be damned.  This means cutting taxes on the rich while eviscerating federal spending on everything else: social programs, infrastructure, the environment, education, regulating banking practices, you name it.


The Republicans oppose big government.  That’s fine, and there’s a respectable argument for that philosophy.  But when that opposition grows to mean no federal regulations on what businesses can do, well, there goes the quality of our air and water, the health of our people, the influence of science on decision-making, and the safety net that keeps much of the population from starving on the streets.  Policy protecting the interest of the people is deemed irrelevant; policy protecting the interests of the rich is not.

Another justification for giving it all to the wealthy is that the rich will invest in America and that investment will “trickle down” to the rest of us.  If that ever worked—and most economists agree it never did—in recent decades the wealthy have shut off the spigot and kept all the goodies for themselves. 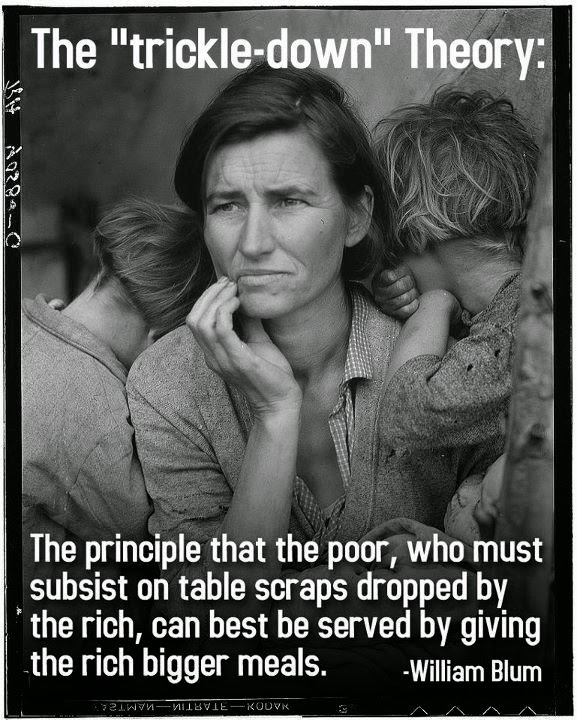 It wasn’t always thus.  The Republican Party is the party of Abraham Lincoln, formed to combat slavery.  When I grew up there were (gasp!) liberal Republicans, and many moderate ones.  But no more.  Moderate Republicans, like the wonderful Indiana Senator Richard Lugar, have been taken down by the Tea Party; see http://douglaswhaley.blogspot.com/2013/11/republican-politicians-reluectant.html.  It’s very sad to watch this decline, and it gets harder and harder for me to find a Republican politician I can admire.  At this second none come to mind.  I suspect that if truth were told most Republican politicians really do believe in evolution, think gay people should be treated like everyone else, accept that scientific facts are indisputable as to most things, but finding a Republican politician who will say these things aloud is rare.


The far right has captured a good sized chunk of the Republican Party, and in that ugly portion the social gains of the past decades are untouched: women are inferior to men, blacks to whites, gays to straights, nonbelievers to the religious, and the list goes on and on.  The Tea Party has so much influence that Republican leaders can’t get their own party to do anything, even though Republicans control both houses of Congress, unless Democrats jump in and help cancel the Tea Party naysayers.


In this post I’m very hard on Republican politicians, but I’m not saying that Republican voters agree with what those politicians are doing once they get into office.  I certainly hope not.  But what voters want and what the politicians do once elected are often far apart.  This is true of both political parties, but the messiness of the Democratic Party consists largely of inefficient confusion over protecting the people and how to do it.
\ 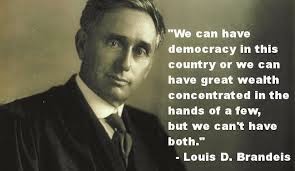 In his article I mentioned at the start about the proposed Republican budgets, Paul Krugman laments that the Republicans haven’t offered up a budget in a long time that does anything other than reward the wealthy and screw the rest of us.  Here’s his closing paragraph:


"Look, I know that it’s hard to keep up the outrage after so many years of fiscal fraudulence. But please try. We’re looking at an enormous, destructive con job, and you should be very, very angry."