In writing a blog post about Alan Turing, it’s difficult to know where to start.  His accomplishments were great enough that Time Magazine listed him as one of the 100 most important people of the 20th century, a nationwide BBC poll in 2002 ranked him 21st of the “100 Greatest Britains,” he is widely considered the father of the modern computer (the computer world’s equivalent of the Nobel Prize is aptly called the “Turing Award”), and his personal story is tragic in the extreme.

His musings about computers began in 1935 when he took a break from his usual run (he was a long distance runner through much of his life) to take a rest in an orchard under an apple tree (shades of Isaac Newton!).  He began musing about whether a mechanical process could be created to think logically, mimicking intelligence.  This thought guided his life.


Turing’s activities during World War II resulted in breaking the German’s "unbreakable" code and allowed the Allies to read German messages at will, leading Winston Churchill to later declare that Turing was a major reason for winning the war.  A new movie coming out this week about Turing is called “The Imitation Game” and, as I understand it, heavily features Turing’s code breaking.


After the war Turing focused on developing the machine that became the computer, and was responsible for many of the facets of that invention we now use so casually.  In 1950 he wrote a paper called “The Imitation Game” in which he created what is called the “Turing Test.”  Could an artificial intelligent program be developed that was so good it would fool 30% of experts into thinking they were conversing with a real human being?  For years no one did it, but just this year a Russian group passed the test by fooling 33% of the experts into believing they were conversing with a Ukrainian teenager who spoke English badly.  See http://www.washingtonpost.com/news/morning-mix/wp/2014/06/09/a-computer-just-passed-the-turing-test-in-landmark-trial/. If you want to talk to the imitation Ukrainian yourself and ask him questions go to http://princetonai.com/.


But Alan Turing’s worldwide fame came to an abrupt end in 1952 when the fact that he was gay was made public.  Turing’s homosexuality was something that he’d never hidden, and about which he was quite nonchalant (regarding it as an unimportant facet of his life).  In January of that awful year his home was burglarized by a friend of the man he was sleeping with, so Turing promptly reported the theft to the police.  When they asked him for details, he mentioned his affair with Arnold Murray, the friend of the culprit, and both Turing and Murray were immediately arrested for “gross indecency” since homosexual activity between men (but not women) was a felony in Great Britain at the time. 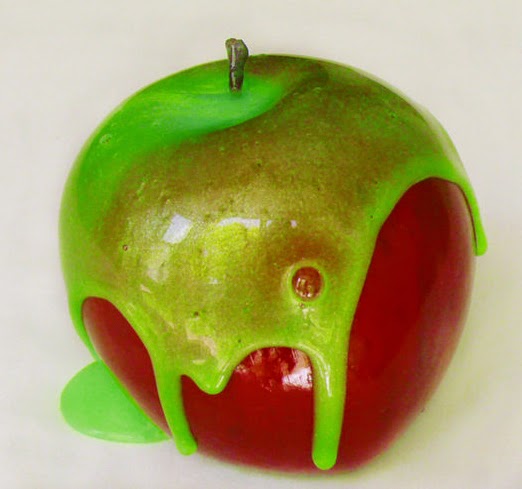 Turing confessed to the crime, and, given a choice between prison and a probation under which he would undergo treatment to rid himself of his homosexual tendencies, Turing chose the latter.  The scientists of the day were experimenting with chemicals to combat this horrible lifestyle.  At first they assumed that gay men simply lacked sufficient testosterone to become heterosexuals, so they tried that.  But testosterone injections simply made the injectees hornier for gay sex, so the scientists switched to the opposite: estrogen, the female sexual hormone.  As a result, Turing, disgraced and alone in the world (and denied a passport by the United States, where he had done much of his important computer work), began to grow female breasts.  In 1954, at age 41, Alan Turing laced an apple with cyanide and committed suicide by eating it.  His codefendant, Arnold Murray committed suicide two years after that.


I’ve been fascinated with Turing’s story for a long time, reading “Alan Turing the Enigma,” the exhaustive biography by Andrew Hodges, in 1984, and seeing the 1996 television version of the play “Breaking the Code” by Hugh Whitemore in which the remarkable Derek Jacobi portrayed Turing (and, in a poignant moment, had to explain to his mother when she asked how the police knew he’d slept with another man that “well, I guess I told them”).  Recently there has been a lot written about Turing because two days from now a movie called “The Imitation Game,” directed by Morten Tyldum and starring Benedict Cumberbatch will open.  Time Magazine’s latest issue puts all this on this week’s cover.  The movie has been criticized pre-release for not making Turing’s homosexuality front and center, and instead concentrating on the brief romance he had during the war with a woman he declined to marry because he told her he was really interested sexually only in men.  I may have more to say on this blog about the movie once I’ve seen it.


But here’s the kicker to Turing’s story: in 2009 the British government, through Prime Minister Gordon Brown, made an official public apology for the “appalling way” Turing was treated by the country he’d saved during World War II.  The Queen granted Turing a posthumous pardon on December 24, 2013.  Well, Merry Christmas, Alan Turing!