The Social Grump: No Handshakes, Kissing or Sharing Food For Me 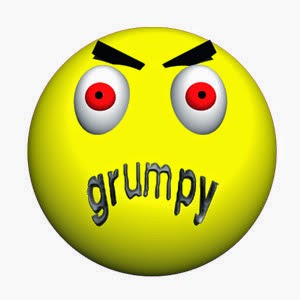 Okay we all have our own little idiosyncrasies and for the most part we expect the world to deal with them.  I have three (well, perhaps there are many more, maybe even a thundering lot, but these are ones I’m willing to admit here).  These three, alas, make me something of a social grump and doubtless the cause of snide comments behind my back.

Two of them are health related.  As readers of this blog may know, in 2009 I had a heart transplant and while that has put me into excellent physical condition it has left me with a weakened immune system.  Let’s deal with those two first.

While I will routinely shake hands when introduced to someone, I never do so in hospitals for obvious reasons.  Hospital personnel are generally pretty good at understanding my reluctance.  A recent USA Today article reported on


studies that have found all sorts of nasty germs on lab coats, sleeves, ties, watches, rings and even shoes worn by health workers. Studies have yet to show that grimy coats and swinging ties play a major role in spreading those germs.

But there have been calls to ban ties on doctors in hospitals and increased emphasis on hospital personnel frequently washing their hands.  Since I spend a lot of time with doctors I wash my hands thoroughly after all such visits (and, frankly, every time I come back to my house from anywhere). 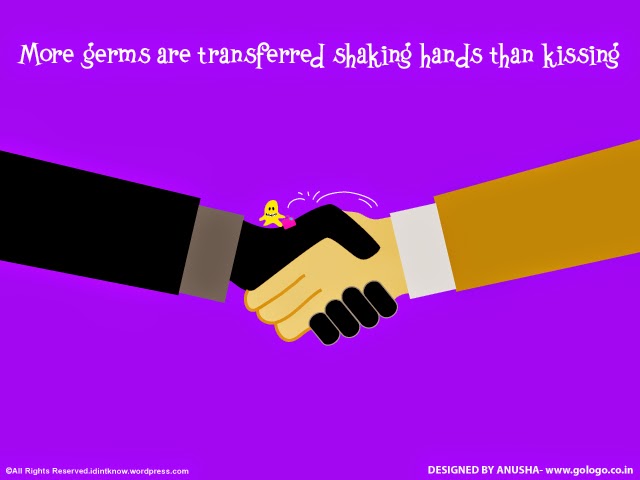 This morning’s Columbus Dispatch had this to say:


NEW YORK — Ditching handshakes in favor of more informal fist bumps could help cut down on the spread of bacteria and illnesses, according to a study released yesterday.


The study in the American Journal of Infection Control found that fist bumps, where two people briefly press the top of their closed fists together, transferred about 90 percent fewer bacteria than handshakes.


“People rarely think about the health implications of shaking hands,” Dave Whitworth, a biologist at Aberystwyth University in the United Kingdom who co-authored the study, said in a statement.


“If the general public could be encouraged to fist bump, there is genuine potential to reduce the spread of infectious diseases,” he said.


The study used participants who wore gloves that had been thoroughly coated in a film of nonpathogenic E. coli bacteria. They then variously shook hands, high-fived and fist-bumped fellow participants in sterile gloves, and the amount of transferred bacteria was examined.


High-five slaps transferred about half the amount of bacteria as shaking hands. 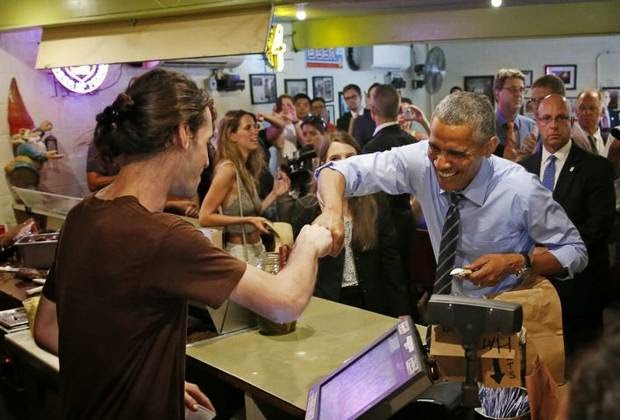 
Let me be clear: I kiss my husband a good deal and enjoy it a lot. 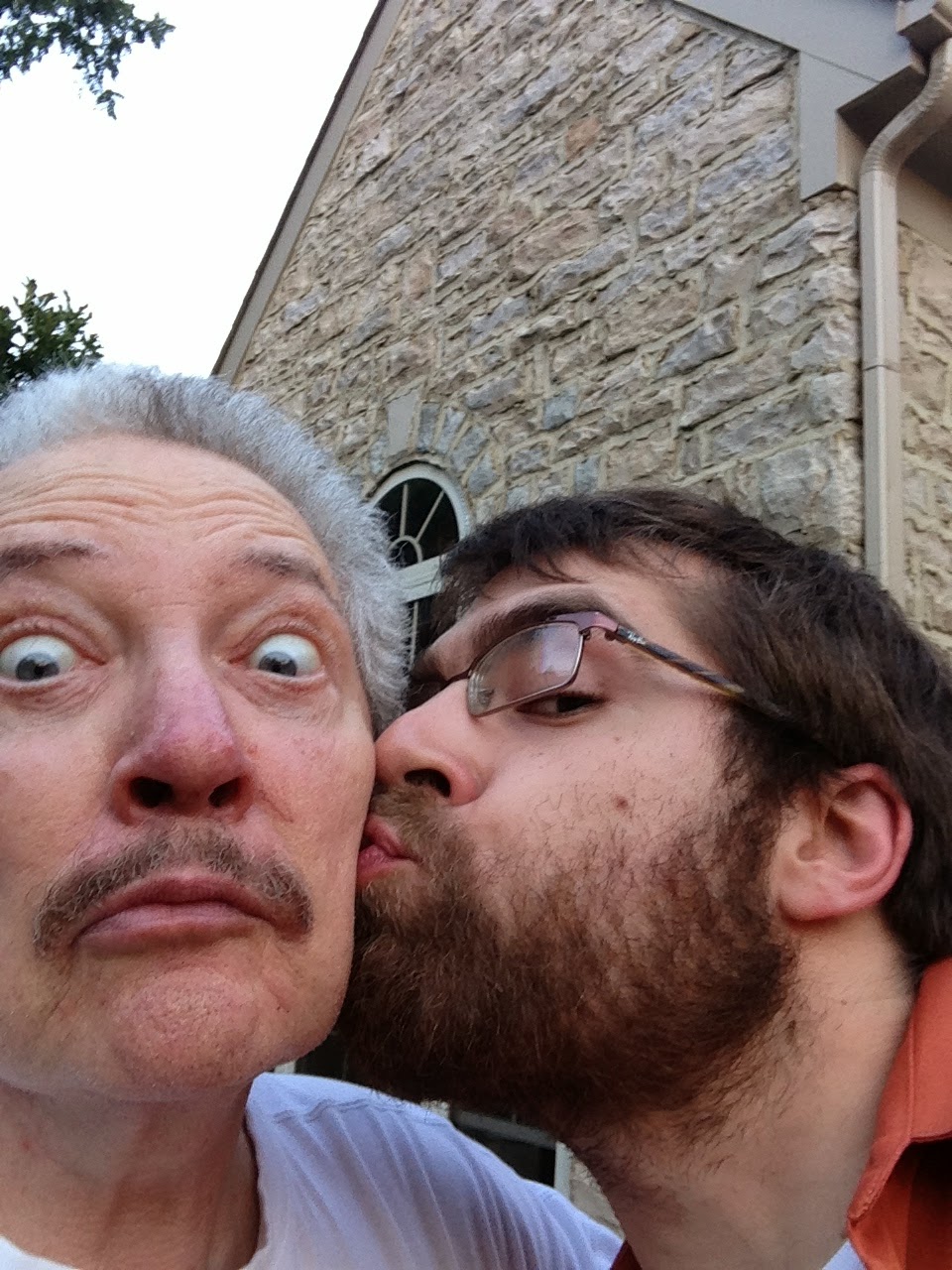 But I never kiss anyone else in social situations, not even relatives or close friends.  Kissing can easily spread meningitis, herpes (which, unlike friendship, never goes away), hepatitis B, 100 different respiratory cold and flu viruses, cytomegalovirus (CMV, which for people with weakened immune systems can remain in the body for life), gingivitis, and mononucleosis (commonly called “the kissing disease”).


A peck on the cheek or forehead is fine in social situations—a nice substitute for a buss on the lips. 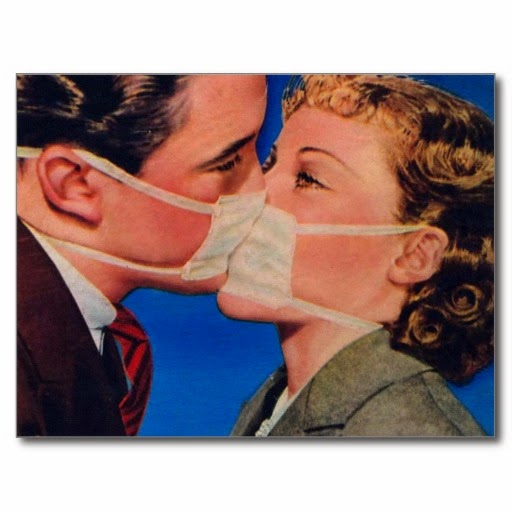 
For reasons having nothing to do with health, I’m loath to share food, even food I’ve not yet touched.  I’m very territorial about my dinner plate and resist suggestions that we should split up our meals with others at the table.  To hell with that!  In such situations I have caveman instincts: I killed it and it’s mine so touch my food and die! 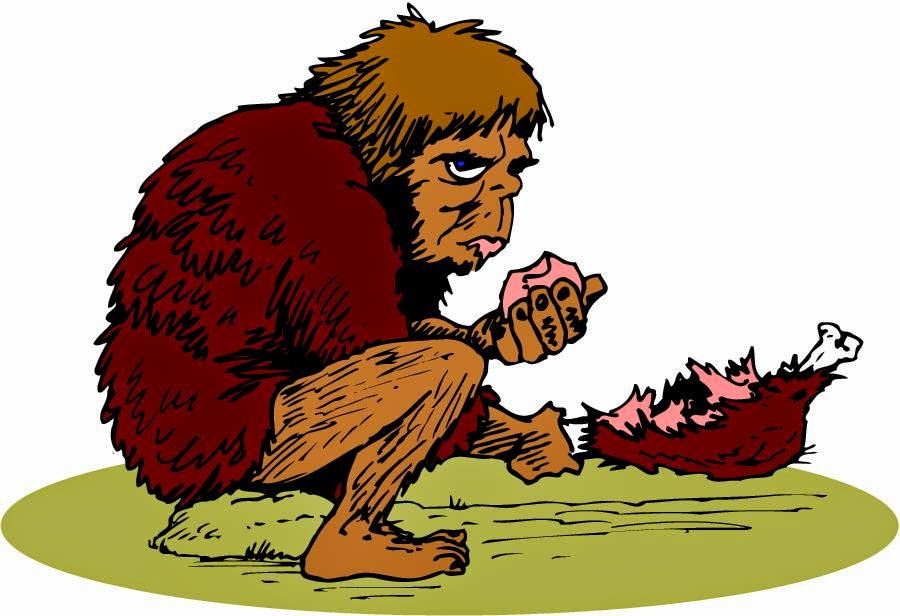 Asian or Middle Eastern restaurants often seem to bring out in others this urge to share (“Oh, waitress, just put all the meals on a turntable in the middle and we’ll all help ourselves!”).  Awkwardly I dodge such ritualistic food swaps with pitiful excuses (“I have such allergies!”—a palpable lie . . . in reality I have none). 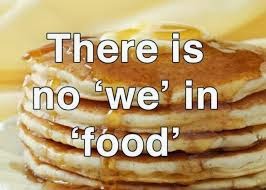 
Well now I’ve fessed up and gotten these flaws out there in public.  So when you and I go out to dine we’ll fistbump when we first meet, smile instead of kissing, and happily stick to eating our own food.

You’ll find that other than these minor flaws I’m quite perfect. 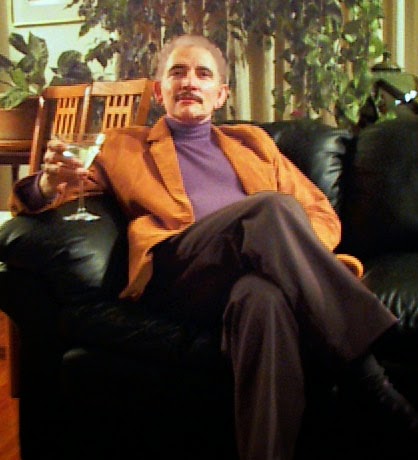