Is It Legal To Discriminate Against Gay People?

The State of Arizona has recently endured an embarrassing episode where the legislature passed an amendment to the state’s Religious Freedom Restoration Act allowing business owners to deny service to gay and lesbian customers so long as proprietors were acting solely on their religious beliefs.  This caused such a national outcry and threats of boycotting Arizona (moving the Superbowl from there next year!!!) that even legislators who’d voted for the bill were startled by what might happen and urged Governor Jan Brewer to veto it, which she promptly did.  The dustup over this caused the withdrawal of similar bills in other states, including Ohio where I live.  Whew!


So consider this question.  If you’re a baker in a town in Arizona and your religious beliefs cause you to abhor homosexuals, and then a gay couple asks you to bake them a wedding cake and you refuse, does this obvious discrimination now expose you to a lawsuit?


No.  It doesn’t.  Residents of Arizona (except Phoenix, which has a municipal ordinance protecting gays from discrimination in employment, housing, and public accommodations) are perfectly free to be as homophobic as they like in refusing to hire or retain gay employees, rent them rooms or sell them houses, and deal with them in public businesses like a bakery.  There is neither an Arizona statute nor federal law that gives gay people any protection at all in these matters.


What?  If that’s the case, why did the Arizona legislature feel it was necessary to pass the homophobic bill in the first place?  Apparently the legislators were frightened by lawsuits in other states (Oregon, Colorado) where bakers (and retailers in similar situations) were successfully sued by gays who were turned away at the bakery door.  And it’s true that the Arizona statute would have voided the part of the Phoenix ordinance dealing with discrimination as to public accommodation.  Both Oregon and Colorado do have state laws protecting gays from this sort of discrimination, hence the successful lawsuits there. 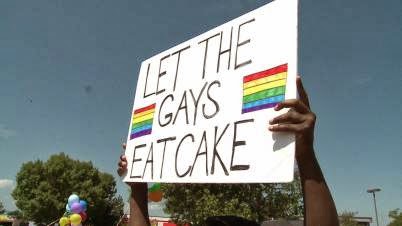 But, really, isn’t there some federal law being violated by discrimination against gays?  No, and so far Barack Obama has refused to issue an executive order in hiring matters to protect gay federal employees.  For years Congress has made attempts to pass the Employment Non-Discrimination Act [“ENDA”] which would add anti-gay discrimination in hiring (but not housing or public accommodations) to the Civil Rights Laws.  It has always failed to clear prior Congresses, but the current Senate did manage to vote for the bill (with admirable bi-partisan support, including Republican Senators like John McCain).  Alas, the bill stands no change of passage in the Republican-controlled House of Representative. 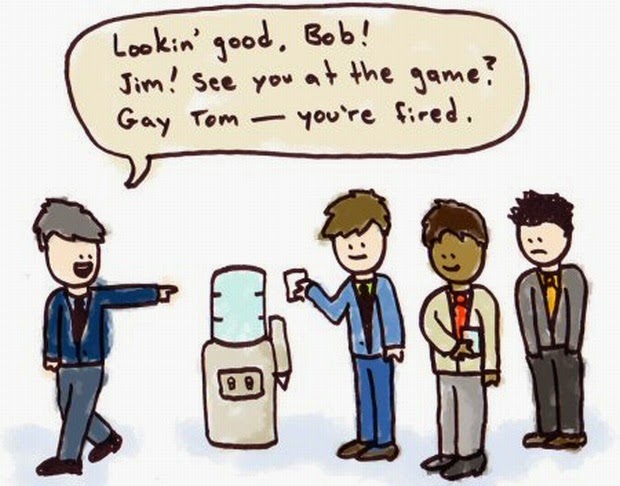 Senator Ted Cruz (R. Texas) has recently introduced a bill in the Senate which would allow states to refuse to recognize marriages validly entered into by gay couples in other states (it is co-sponsored by Senator Mike Lee (R. Utah)).  The bill has no chance of even being voted on in the Democratically-controlled Senate, and, in any event, would be vetoed by President Obama.  But Cruz says that his “heart weeps” over the progress that gays are making, and his anti-gay activities make him the darling of the Tea Party just as the 2016 Presidential campaign begins to awaken.

Twenty states and the District of Columbia have enacted laws prohibiting discrimination against gay people (some of which also protect transgendered individuals), and many municipalities have ordinances doing the same.  Below is a chart on point that the ACBL has created; for a clickable-version see //www.aclu.org/maps/non-discrimination-laws-state-state-information-map. 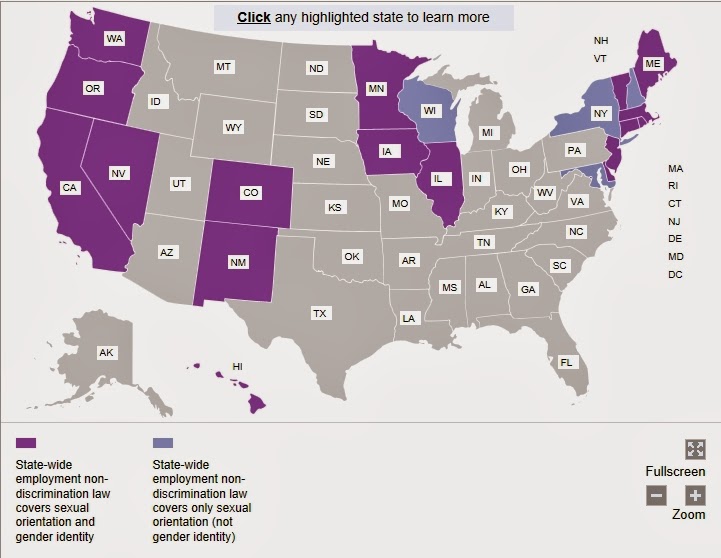 Finally let me note that, as I’ve said before, I’m very sure that gay marriage itself will be completely legal in all states by 2016 when the United States Supreme Court takes the happy step of using the 14th Amendment to grant equal protection to gays who love each other and decide to claim the legal status that marriage bestows in so many ways. 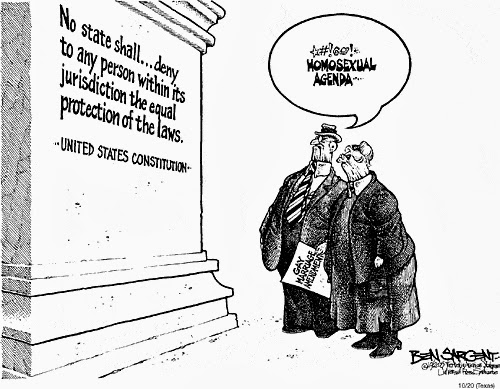