If Humans Are Descended From Apes, Why Are There Still Apes? 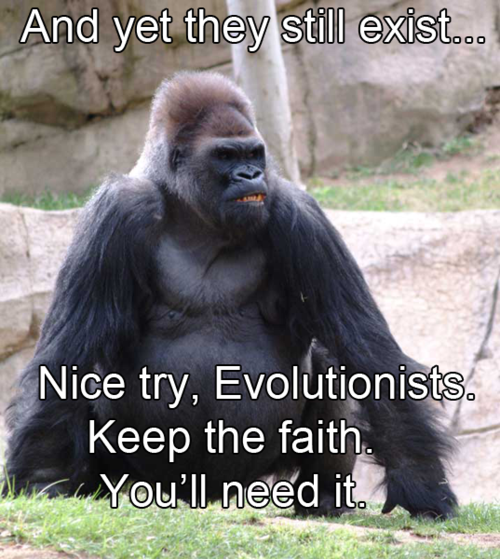 Recently two close friends of mine, whose intelligence I respect, when the subject of evolution came up casually in conversation repeated the comment that's the title of this post: “If humans are descended from apes, why are there still apes?”  Frankly, I was appalled.  The slightest investigation of evolution answers this question.  It’s as if they had said to me, “We can tell that the sun goes around the earth because we can see it move through the sky.”


Humans are not descended from modern apes.  Instead on the tree of life both humans and modern apes share a common ancestor from whom the two species then split off.  We are most genetically similar to chimpanzees, so our common ancestor likely was shared with them, and finding the “Chimp Human Last Common Ancestor” has been one of the goals of evolutionary scientists.  Current thinking is that the split occurred around 6 million years ago, though there are arguments for both a longer and a shorter time.  The CHLCA is likely to be Sahelanthropus tchadensis (or a very similar species—there are various candidates), and here is a reconstructed picture of that handsome critter: 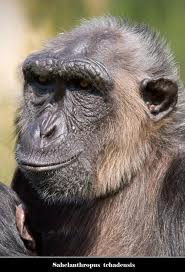 Moving on from Sahelanthropus tchadensi our ancestors evolved into Australopithecus afarensis, around 4 million years ago, and that creature is shown here:

Evolution of our species continued and eventually we split off from Homo sapiens neanderthalensis around 500,000 years ago:


to become modern humans under the designation of Homo sapiens: 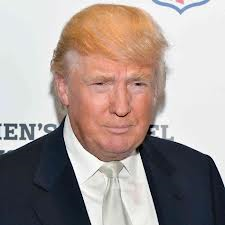 As I’ve said before in this blog, the slightest objective investigation of evolution shows that it's not only true, but not even subject to scientific question.  In my prior posts (see below) I’ve explained why it’s clear that evolution is the only explanation of life that’s consistent with the incontrovertible facts.


Famed biologist J.B.S. Haldane was once asked what would convince him that evolution was not true and he replied that the discovery of a fossiled rabbit in Precambrian rocks would do it.   Rabbits had not evolved prior to the Cambrian period of rock formation, so their presence in older rocks would throw all of evolution out of sync.  Of course rabbits appearing at the proper moment are only one example of what the rock/fossil record must show.  What is telling is that the scientific evidence is perfect: all fossils are found in the rocks in the exact order that evolution predicts.  Isn’t that evidence of the highest kind that evolution is rock solid (pun intended) right? 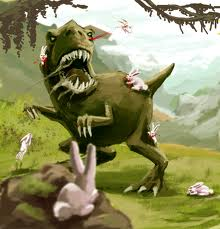 Not believing in evolution in the 21st century is an embarrassing confession of ignorance.  It’s the same as not understanding that the earth is billions of years old or agreeing with conspiracy theorists who think that the moon landing was a hoax.  Basic understanding of how the world works requires that some knowledge of evolution be part of your resume. 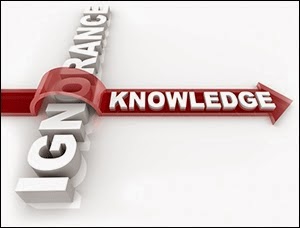 Finally, note that a belief in evolution says nothing about God.  To a prior post of mine a commentator remarked that my championship of evolution meant I was saying God doesn’t exist.  I am certainly not saying that, and never have.  I don't know that God doesn't exist---you can't prove a negative, and no one can “know” a negative assertion.  Many people who believe in evolution also believe in God, and a large number of religions find no contradiction between God and Darwinism.  I'm an atheist, but that word only means I don't believe in God (a provable fact: I don't believe in God).  But that's not the same as saying that I know God doesn't exist.  I also don't know that fairies or unicorns don't exist.  But we have to live our lives based on as much provable knowledge as possible, and not cloud our thinking with what we wish were true. 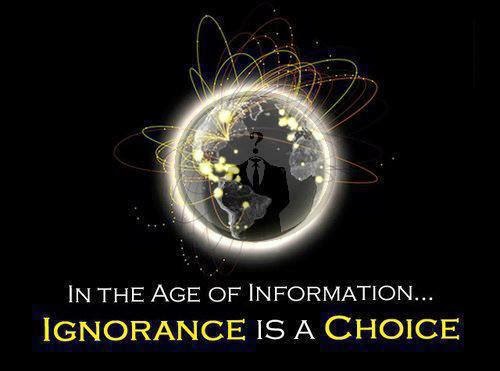