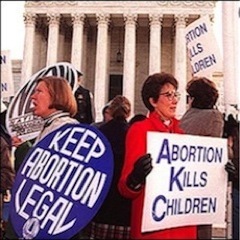 Well, not yet, but the Court is close to producing that headline.  One more vote is all it’ll take and the Court could simply say that abortion is not a federal matter, leaving its regulation or prohibition up to the individual states.  The Republicans are completely for that (see the party platform) and the Tea Party is in a frenzy at the delightful possibility.


All that’s needed is for Mitt Romney to win the coming presidential election.


In deciding who to vote for it’s common for voters to forget that the president has enormous influence over the future direction of the country merely by the exclusive power to nominate federal judges.  These judges, once appointed, serve for life and thus on carry the president’s policies long after the president leaves office and is busy building his library.


The current United States Supreme Court is divided into four liberals, four conservatives, and then there’s Justice Anthony Kennedy right in the middle, which (as I’ve often noted on this blog) makes him the most powerful judge in the entire world.  On his vote almost all controversial issues which divide the country teeter.

But Justice Kennedy would lose this awesome power if one of the other Justices retired and he/she was not replaced by someone of the same liberal/conservative base.  Four of the Justices are in their 70s: one conservative (Scalia), two liberals (Ginsburg and Breyer), and Kennedy himself.  All are in pretty good health except Ruth Bader Ginsburg, who is highly likely to resign from the Court in the coming year.  That would give the next president the power to appoint a new Justice.  If Obama is reelected he’d appoint someone similar to Justice Ginsburg and nothing would change, but if Romney becomes president he will of course appoint a conservative, and the liberals would be reduced to a three person minority.


In that case Roe v. Wade would be in significant danger of being overturned.  Yes, it’s an existing precedent, but in the past when the Court has dramatically changed its mind (from allowing “separate but equal” status for blacks in 1896 to declaring segregation unconstitutional in 1954, or in 2003 when in an opinion by Justice Kennedy the Court overruled a 1986 case that had allowed homosexual sex to be punished as a felony) the Court has simply declared that its earlier misjudgment was “wrong when decided.”  Roe was based on a understanding of fetal development that subsequent scientific conslusions show to be suspect.  An artificial three month rule is hard to defend.  “Life begins at conception,” pro-lifers contend (which is wrong—life clearly begins even earlier since both sperm and egg are alive before they meet).  If Roe is to be defended it must be on the basis of a woman’s right to control her own decisions about when to have children, and that argument hasn’t been given much weight by typical conservatives (and certainly not those who support Mitt Romney).  In its last decision on point (in 2003) the Supreme Court upheld Congress’s Partial-Birth Abortion Ban statute, with Kennedy himself writing the majority opinion.  Delighted, many states passed “trigger laws” that would automatically reinstate criminal penalties for abortions if the Court were to suddenly overrule Roe v. Wade in its entirety. 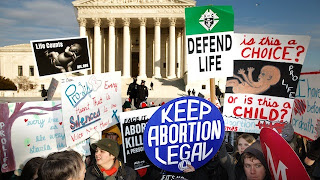 If you’re reading this and you think abortion should be illegal and therefore applaud overturning Roe v. Wade, does your comfort zone also include some other things likely to happen if the conservatives obtain complete control of the Court?  Look at this partial list of possibilities:


1.  Big Business and Big Banks will prevail in all disputes coming up for the next decade, so, by golly, it’ll be a great time to be rich!


3.  No constitutional protection for gays, who will remain second class citizens (no marriage, no adoptions, no property rights, no job protection, no visitation rights, etc.).  However, even if the new Court mysteriously decided that the U. S. Constitution requires that gays be treated like everyone else and allowed to marry, Mitt Romney has already signed the National Organization for Marriage’s pledge to support a constitutional amendment taking this civil right away from homos, even though it would be the first time discrimination had ever been added to the Constitution.


4.  Christians will be able to do as they like (meaning at least that God will return to the classroom as intelligent design finally achieves equal standing with that scientific heresy called evolution), but other religions (particularly Muslims) or the non-religious will be constitutionally suspect. 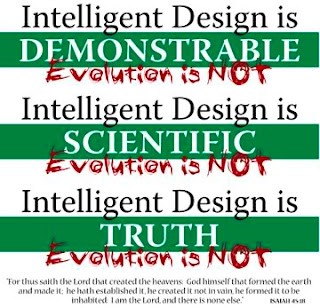