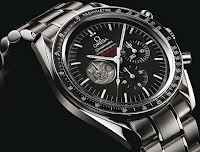 In 1802, English theologian and philosopher William Paley speculated that if he were to find a watch laying on the ground (as opposed to, say, a stone) he would know that it wasn't a natural object and therefore would conclude it must have been made by a watchmaker.  Extrapolating from this idea he concluded that all the complex plants and animals in the world likewise required an intelligent designer to achieve their intricate forms.  Forty years later Charles Darwin published his first book demonstrating that evolution produces these complexities in the various species without the need for a designer.  Nevertheless, Paley's famous watch argument is at the very basis of what is currently called "intelligent design."  This movement argues, as Paley did over two hundred years ago, that an intelligent hand must be behind the wonderful universe we see all around us—that it couldn't have just created itself.

I've posted before about evolution and intelligent design (see Related Posts below at "Is Evolution True?"), and I don't want to rehash all that I previously said.  But the "watch on ground" argument sounds persuasive enough that it's brought up regularly even though it is clearly an invalid attack on evolution.  This post is about why it's a specious argument, and why, indeed, it even supports the concept of evolution.

In a wonderful recent article in Free Inquiry magazine, Alexander Nussbaum goes into considerable detail explaining the complexities of a watch and why finding one on the ground would indeed indicate it was made by an intelligent designer, unlike naturally-evolved life forms.  His article can be accessed at: http://www.secularhumanism.org/index.php?section=fi&page=nussbaum_32_3 . [See also his three very interesting Comments to this blog post, all appended below.] A watch has all sorts of bells and whistles on it that indicate a great deal of thought has gone into its creation.  Many watches can stand immersion in water to considerable depths, even though only a tiny percentage of its users will get it wet at all.  Unlike life forms, a watch has no extraneous parts that are vestiges of functions it once had—for example a digital watch does not have an analog dial even though the watch's ancestors all had such a dial.  The watch's intelligent designer dropped the clock face and replaced it with digital numbers as an obvious manufacturing step.  But, as Nussbaum points out, human beings are filled with faulty parts that are explainable only as remnants of their historical evolution.  Our spines (originally designed for creatures that did not stand upright) were not created to last 80 or more years, even though modern humans themselves often last that long, the consequence of which is back trouble starting in middle-age and getting worse as decades pass.  No intelligent designer would make the human spine so prone to this sort of decay.  The human body is filled with remnants of organs ("vestigial structures") we no longer need: arteries for nonexistent "gills" and even that ticking-time-bomb: the appendix (which Darwin himself used as a primary example of human evolution). 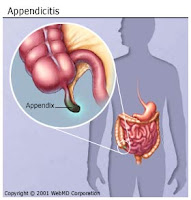 In Richard Dawkins's terrific step-by-step explanation as to why evolution is scientifically established beyond question (except to closed minds unwilling to look at the evidence objectively because it might threaten religious beliefs), THE GREATEST SHOW ON EARTH—THE EVIDENCE FOR EVOLUTION (2009), the author gives us the example of "unintelligent design" in the creation of a giraffe's neck.  In the giraffe the laryngeal nerve starts high up on the neck and then proceeds down into the giraffe's chest before going back up to within centimeters of where it began, finally reaching the larynx (its original destination).  In an adult this can mean a journey of over 15 feet, but because the giraffe's neck evolved slowly as it lengthened, the journey, once short, became ridiculously long.  An intelligent designer would have made the nerve travel a short distance, producing a better giraffe, but evolution is not smart, only steady and incrementally protective of function. 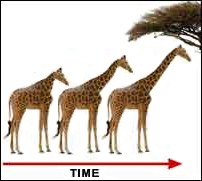 There are no parts in the human body that compare to all the extras found in a watch.  Instead the human body's evolution produces a product that functions but would not be "designed" as badly as evolution has made it.  An intelligent designer would doubtless not have made such a bungle of the resulting product, and a human body with the elegance and extra features of a modern watch would be spectacular.  With my aging and aching knees, I yearn for knees designed to last as many years as I plan to last.  Doubtless, millions more years of evolution might produce such knees, but, alas, I can't wait that long. 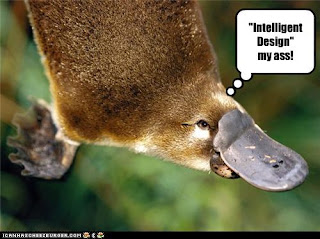