How To Stop Saying "You Know"


After a four year layoff from teaching, I was back in the classroom at Ohio State this spring semester.  We teach law through a Socratic dialogue, so I spent a good deal of time in question and answer exchanges with the students.  In a way I'd never noticed before my students had become infected by the verbal diarrhea of saying "you know" every other sentence (and sometimes more than once in the same sentence!).  At one point I couldn't stop myself from starting class with a few comments about this disturbing trend.  "You want to impress people—other lawyers, new acquaintances, judges, your boss—with how articulate you are," I lectured, "but if, you know, you are constantly, you know, betraying your inability to, you know, control your sentences, you're going to look bad, you know?"


This plague is everywhere from the President of the United States clowning around on Late Night With Jimmy Fallon last week, to nationally-known law professors we recently brought to Ohio State making major presentations at a Sports Law event, to close friends of mine who drive me nuts by peppering their speech with this mindless repetition.  Apparently this is an international epidemic, with the equivalent of "you know" infecting languages other than English.  I've ranted about this difficulty in a prior post (see below), and, apparently, most people think I'm loony for caring about it at all.  I'm particularly appalled when I hear myself say the hated words, which happens on very, very rare occasions, when to my horror I notice I have an early symptom of the spreading infection.


Suppose, however, that you're embarrassed (as you should be) by this bad speech habit and want to stop.  This post is about how to accomplish that.


First of all, you'll need a confederate.  Choose someone you converse with a lot, and who's willing to help you become aware of every time you say the words "you know" (you can't hear it yourself).  Get him/her to promise to quickly reply "I know" every time you say "you know"—and, simple as that sounds, it's no more complicated than that.  Of course, it will be irritating to you to have your discourse interrupted like this, but that's the point!  You need to become aware of how often you've become a mindless copier of the bad speech patterns of others, and you'll begin to listen to yourself as you talk.  After numerous conversations with your "I know" friend, you'll be wary of the need to fill any pause in your thoughts with a banal repetition of "you know."


If you think this is nonsense, try this experiment: listen to how often you and your friends and people on TV or in casual conversations—stupidly, mindlessly—clutter their conversations with "you know."  Is it okay simply because everyone is doing it?  Running with the herd, dumb as the rest?  Do you want people you're trying to impress thinking of you as "stupid and mindless"?


Changing right-brain habits like this one is always a hard task, but who said you only get to do easy things in life?  If you're tired of being a slave to the phrase "you know," then strip it from your vocabulary except when it's legitimately part of your thought (as in "You know what I mean?" or "You know my sister, Mary Beth, don't you?" or "You know a lot for someone so young").


When you're finally cured, buy your "I know" buddy lunch and celebrate the elimination of this oral curse.  Be pleased with yourself.  Congratulations!


And then pay it forward by helping to convert someone as smitten with this disease as you once were yourself.  Hell, let's build a 12-step program of "I Know Buddies" and get the whole planet back to sounding smart. 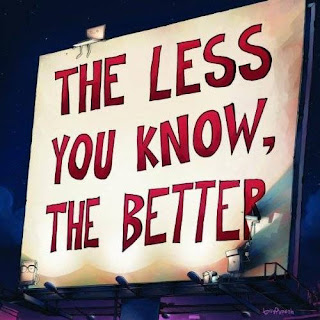