Needed: Readers of the Final Draft of My Novel "Corbin Milk" 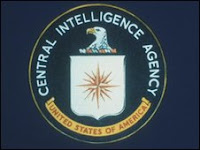 Since my retirement in 2004, as readers of this blog may know, I've gone back to writing novels.  My first published novel, "Imaginary Friend" (available on both Amazon and Kindle) has been selling well since I put an ad for it in the December issue of Free Inquiry magazine.  That periodical is produced by the Council for Secular Humanism, and has a subscription base of 17,000; the ad for my atheist thriller will run for six issues, through next year.
My second novel, "Corbin Milk" is still a work in progress.  I'm very close to saying that the current draft is the final one, but I'm still uneasy about the ending.  Some days I think the ending is perfect and on others I'm not so sure.  I guess it needs a few more eyes and suggestions, so I'm asking readers of this blog if any of them would be willing to download the novel, print it out, and read it.  I'd much appreciate hearing whatever feedback they have (paying particular attention to that pesky ending).  I'm also wondering what the cover should look like.

The novel concerns the adventures of a gay CIA agent, a handsome and very smart bodybuilder named Corbin Milk, for whom the CIA finds the most interesting uses. I got the idea for writing the novel while reading an article in The Advocate, the news magazine of the gay community. The article concerned an anonymous Army captain who was riding slowly through the streets of Bagdad on a tank during the liberation of that city when he locked eyes with a handsome Iraqi man standing on the street. Though it could have gotten them both in major trouble with their respective communities, the two men had a great times thereafter on a number of occasions. Surely, I thought, the CIA would see possibilities in the fact that gay sex is very far off the radar in a heterosexual world. In that world men and women are constantly aware of sexual tensions between two straight people, no matter what the setting—even in church, for example. But that world is more or less blind to similar gay encounters.
Various snippets of "Corbin Milk" have appeared in this blog (see "Related Posts" below).  "The Thunderbolt" describes how Corbin met George Yancy, the love of his life, at a party in D.C., "How To Change Gay People Into Straight People," detailes George's attempts to become a heterosexual, and "Choose To Be Gay, Choose To Be Straight" reprints a segment of the novel about how the five year-old Corbin Milk discovered he was gay.


The novel, which has some gay sex scenes (written without much detail and with a possible straight readership in mind), started out as a thriller, and does, indeed, have numerous thrilling episodes, but to my surprise it's really a love story about two people struck dumb with their attraction to one another.  This is particularly inconvenient for Corbin, since a serious romance interferes with and threatens to destroy his very successful CIA career.  I should also mention that there's quite a bit of humor in this complicated tale. 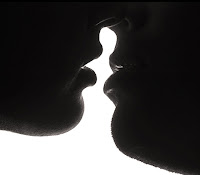 If you're willing to help me out, send me an email (dglswhaley@aol.com) with a "Corbin Milk" Subject Line, and I'll send the novel back to you as an attachment.  I don't see myself trying to publish the book much sooner than the coming summer, so there's no great hurry in sending your thoughts and suggestions to me.
I extend my grateful thanks in advance to any of you willing to read and comment on this work in progress.  I love the story and I'd like to make it better.
----------------------------------------
Related Posts: