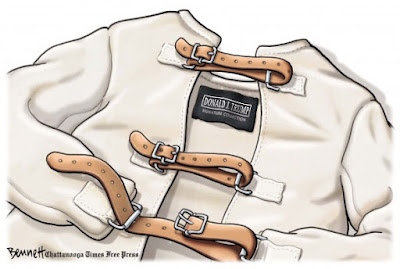 When the very conservative Senator Barry Goldwater ran for president against Lyndon Johnson in 1964, a time when liberalism was ascendant in this country, Fact Magazine published an article entitled “The Unconscious of a Conservative: A Special Issue on the Mind of Barry Goldwater.”  In it over two thousand psychiatrists responded to a poll and 1,200 of them said that the Senator was mentally unfit for office.  Goldwater sued for libel and was eventually awarded $75,000 in punitive damages.

This ugly incident led the American Psychiatric Association to adopt §7.3 to its Code of Ethics stating:

On occasion psychiatrists are asked for an opinion about an individual who is in the light of public attention or who has disclosed information about himself/herself through public media. In such circumstances, a psychiatrist may share with the public his or her expertise about psychiatric issues in general. However, it is unethical for a psychiatrist to offer a professional opinion unless he or she has conducted an examination and has been granted proper authorization for such a statement. 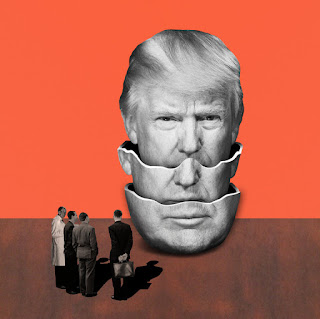 Silence from the country’s mental health organizations has been due to a self-imposed dictum about evaluating public figures (the American Psychiatric Association’s 1973 Goldwater Rule). But this silence has resulted in a failure to lend our expertise to worried journalists and members of Congress at this critical time. We fear that too much is at stake to be silent any longer.

Mr. Trump’s speech and actions demonstrate an inability to tolerate views different from his own, leading to rage reactions. His words and behavior suggest a profound inability to empathize. Individuals with these traits distort reality to suit their psychological state, attacking facts and those who convey them (journalists, scientists).

In a powerful leader, these attacks are likely to increase, as his personal myth of greatness appears to be confirmed. We believe that the grave emotional instability indicated by Mr. Trump’s speech and actions makes him incapable of serving safely as president.

[Dr. Dodes is a retired assistant clinical professor of psychiatry at Harvard Medical School. Dr. Schachter is a former chairman of the Committee on Research Proposals, International Psychoanalytic Association.  The letter was also signed by 33 other psychiatrists, psychologists, and social workers.] 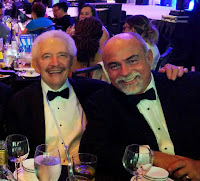 Two weeks ago my husband David Vargo and I attended a 800 person black-tie event and I ended up talking to a psychiatrist who was seated at the same dinner table.  I mentioned the Goldwater Rule to him and asked for his private opinion as to Trump’s mental condition.  Having had a drink or two, the good doctor didn’t hesitate.  “Oh, he’s crazy!” was the immediate response.  He then listed many of the same traits mentioned above, and said it was all obviously true.  I was shocked (pleased?  scared?).  Hmm.


Trump's narcissism trumps even that of Kim Jong Un.  His private residences are filled with his own portraits, and it was recently revealed that he had a phony Time Magazine cover created years ago which he framed and mounted on the wall at Mar-a-Lago: 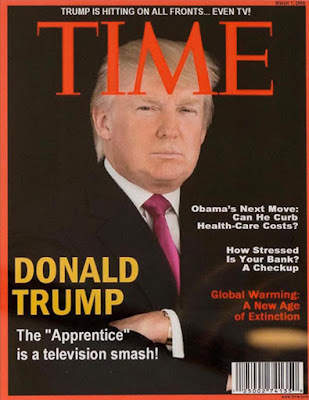 There have been serious blowbacks from all these psychiatric opinions.  For the most impressive of these see “Stop Saying Donald Trump Is Mentally Ill” by Steven Reisner, a psychoanalyst and founding member of the Coalition for an Ethical Psychology and adviser on ethics and psychology for Physicians for Human Rights; http://www.slate.com/articles/health_and_science/medical_examiner/2017/03/donald_trump_isn_t_mentally_ill_he_s_evil.html.  Reisner points out that these experts are not giving their definition of “mentally ill,” a notably difficult issue, and cites respected studies coming to the uncomfortable conclusion that 25 percent of Americans can be considered to have a mental illness in any given year, and 50 percent can be diagnosed with a mental illness at some low point in their lives, adding that “that nearly 50 percent of presidents in American history met the criteria for a psychiatric disorder, and 27 percent exhibited the disorder while in office.”  He notes that mental illness is hard to define, and that eccentricity is not an illness at all.  He adds this:

Trump is evidently not suffering and he cannot be said to be impaired. We may not like his leadership style, but his personality seems mainly to have been an asset for him in the worlds of real estate and politics. And he seems constitutionally incapable of self-doubt or other kinds of personal distress, and perhaps even derives pleasure from his aggression and impulsivity. As Allen Francis, the psychiatrist who wrote the criteria for narcissistic personality disorder in the American Psychiatric Association’s Diagnostic and Statistical Manual of Mental Disorders, the DSM, put it, “He may be a world-class narcissist, but this doesn’t make him mentally ill, because he does not suffer from the distress and impairment required to diagnose a mental disorder.”

He finishes by concluding that “When therapists call Trump crazy what they are really saying is that Trump lives in a reality that they don’t like and don’t understand.” 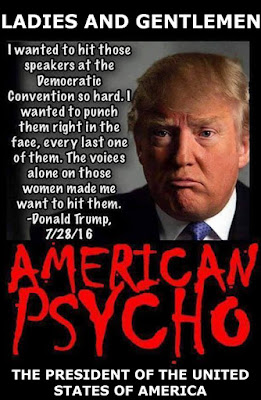 Currently bonkers or not—and here’s what bothers most of us—it seems highly likely that Trump’s behavior will become more erratic and bizarre as the months (years?) go by.  I’ve speculated before that every night Trump gently places the nuclear football in his lap and toys with the buttons just to see how they work, and I’ve quoted former associates of his who flatly maintain that our president has the attention span of a kindergartener and regularly explodes into the temper tantrums of a two year old.  As I was writing this Trump went over the top with an attack on two CNN personalities, using vulgar language most unfitting for the leader of the free world, and when everyone, including major Republicans, said he was behaving childishly, our president made a major effort to show them he wouldn’t back down by creating a video in which he strangled a CNN-labeled human. 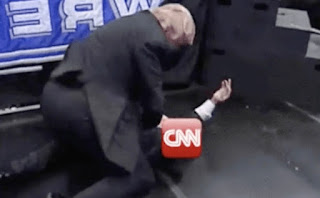 What do we do when one day he comes striding into the Oval Office naked?  Or grabs the pussy of a female international leader right on TV?  Then even his most ardent supporters will know that it’s time to give him the pink slip and escort him to a quiet, heavily padded place.  But how do we do that?

To our rescue comes the 25th Amendment of our Constitution, of which section 4 is the most relevant part:

Section 1.  In case of the removal of the President from office or of his death or resignation, the Vice President shall become President.

Section 2.  Whenever there is a vacancy in the office of the Vice President, the President shall nominate a Vice President who shall take office upon confirmation by a majority vote of both Houses of Congress.

Section 4’s removal provision has never been used and it’s unclear how it would play out in the real world of today.  Vice President Michael Pence would have to take the initiative here, and while he’s a major supporter of Trump if his boss has clearly lost the ability to keep  both oars in the water then our country is in major danger and even supportive Mike would likely act.  It doesn’t hurt (from his point of view) that he would become president if the section 4 procedure works.

Ah, you might say, then we’d have the horror of President Michael Pence!  Yes we would, but as I’ve said before (see Related Posts below) Pence is many bad things but he’s not bat shit crazy as I believe Trump is.  With Trump I fear that the chance of nuclear bombs going off is more or less a given at some point during his tenure in office.  Sure that’s a worry with any president, but given the choice between President Trump and President Pence I’ll take the latter in a heartbeat and then count on defeating him in the next election. 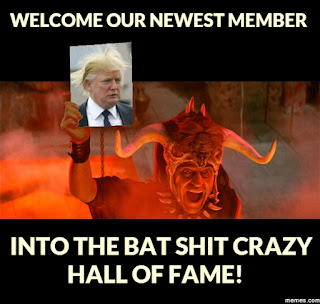 “Careful What You Wish For: Making Trump an Illegitimate President,” January 20, 2017; http://douglaswhaley.blogspot.com/2017/01/careful-what-you-wish-for-making-trump.html