The candidacy of Donald Trump began on June 16, 2015, almost a year and a half ago, and it finished this week with his election to the Presidency of the United States.  When it started on that June day, with The Donald attacking Mexicans as “rapists” and promising to build his now-famous wall along the entire southern border, no one in the world would have taken the bet that he would become the 45th President of our country.  Everything that has happened since now seems like a nightmare to responsible people, both Democrats and Republicans, who are very certain that he is completely unprepared for the job. 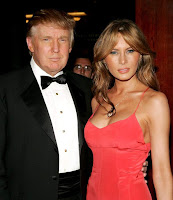 Donald Trump liked running for the office, but no one who knows his history thinks he will actually enjoy being president.  Sure the ceremonial things will be fun for him and his gorgeous wife, but the daily grind of thinking about complicated matters that don’t interest him will drive him nuts.  Those who know him well, such as Tony Schwartz, who wrote “The Art of the Deal” for him, tell us that Trump has the attention span of a kindergartener.  What will happen when he must master complicated scenarios that bore him?

There’s a rumor that at one point in the campaign Trump offered Ohio Governor John Kasich the Vice Presidency with the understanding that Kasich could run the government while Trump just presided over the fun parts.  Kasich turned him down (and didn’t vote for Trump either), but—hey—perhaps Mike Pence will now jump into that administrative role.  Certainly it’s hard to imagine Trump facing days of tedious work plowing through the minutia of, say, cyber treaties, if he could pass the job to someone else.

When Trump must face big decisions I suspect (and would love to be wrong) that he won’t do the homework necessary to make smart choices.  If his past is our guide he’ll simply go with his instincts.  Witness his disastrous foray into running casinos in Atlantic City.  Those in the business will tell you that casino operation is an art with many complications, but Trump just winged it, and all of his casinos promptly self destructed into debt, ruin, and bankruptcy.  With his latest corporate bankruptcy in Canada recently he now has had seven of them on his resume.

Trump’s tactic for handling any problem will just be to go with this gut reaction.  That will lead to consequences none of us want to think about.  Tony Schwartz, the author of Trump’s “Art of the Deal” had this to say about the man in a New Yorker article [http://www.newyorker.com/magazine/2016/07/25/donald-trumps-ghostwriter-tells-all?src=longreads]:  “I genuinely believe that if Trump wins and gets the nuclear codes there is an excellent possibility it will lead to the end of civilization.”

One also wonders if Trump will give up running his businesses as he’s supposed to.  The rules require him to turn his business affairs over to a blind trust, but apparently he’s going to ignore that and just let his kids run things—nothing “blind” about that.  Want to bet that there will be headlines about him being caught making business decisions—decisions that create conflicts of interest with U.S. policy?  As all the sources mentioned below in my prior posts on the man reveal, Donald has always ignored rules getting in the way of his doing whatever he’s wanted to do.  He’s gotten away with this so far, but with three different civil trials underway concerning his personal liability for committing fraud when running Trump University (and pocketing five million dollars from the trusting admirers he fleeced), and the continuing allegations of sexual abuse made by multiple women, ugly headlines containing our new president’s name will be all over the place.

How much damage can Donald Trump do in terms of accomplishing the outlandish goals he announced during the campaign?  Well much of that agenda (abolishing Obamacare, changing the tax laws, etc.) requires Congress to act and that isn’t going to happen.  Yes the Republicans now control both the House and Senate, but the Senate has the filibuster rule which means that nothing controversial can pass without a vote of 60 Senators.  There are only 52 Republican Senators in the new Senate, so Democrats can block any new legislation they disagree with.  Trump can change any of Obama’s executive orders at will (such as climate control agreements or some policies for enforcing immigration), and, yes, that could do much harm. 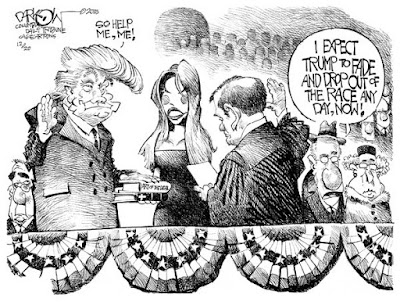 If Trump appoints more than one new Justice to the Supreme Court it could create a conservative majority on the Court (Trump would need to appoint two Justices to change things since the first would merely fill Scalia’s seat, already a conservative one).  It would be very difficult, however, to get a very conservative Justice confirmed at all, since the Democrats could block him/her by using the filibuster.  Thus Trump can appoint reasonable Justices with a conservative bent, but not the sort of “take no prisoners” right wing nuts his far right base would loudly cheer.

I will soon write a blog post to calm down the LGBT community.  Wild rumors are spreading that gay rights are over and involuntary conversion therapies for queers will start soon.  None of that is true and for the foreseeable future nothing bad will happen at the governmental level.  However, since the election Trump supporters will feel freer to unleash ugly threats and actions that in the past they mostly only daydreamed about.  Gays, as well as women, blacks, Latinos, Muslims, and others vilified during the election, do need to be worried about a new outpouring of hatred that Trump’s election has unleashed among the citizenry. 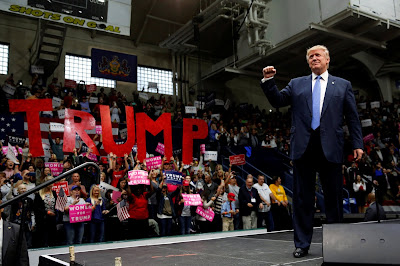 A couple of concluding thoughts:

1.  Poor Hillary Clinton!  She certainly thought she was going to win this one, and, indeed, all the experts did too.  The shock of losing her last chance at the presidency, and doing so in a campaign that recklessly smeared her with calumny, pasting her into the history books as a pathetic figure in spite of her splendid record, makes her remaining days on the planet ones that will be filled with “if only” thoughts and regrets.  Her concession speech was very gracious, but you can bet she’s having trouble sleeping at night. 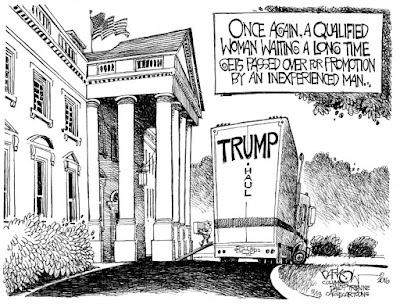 3.  The whole election was a nightmare, the worst most of us will ever experience.  If it seemed to go on and on interminably, that’s because it was in fact an extra long election period.  The rule is that the election is held on the first Tuesday after the first Monday in November.  Normally that means we vote during the first week of November.  But this year October 31st was a Monday, so the first Monday in November was the 7th, delaying the election to the 8th day of the month—the latest it could possibly have occurred.  After this ordeal had already dragged on for what seemed years, this one week extension was like a bad joke.  When I made this observation on Facebook someone pointed out that the election period was even longer: we had an extra hour to endure due to the daylight saving time switch which fell during the extra week.

Well, it’s all over now.  Let’s see what the hell happens next.  As my mother used to say, “Hold your thumbs and hope for the best.” 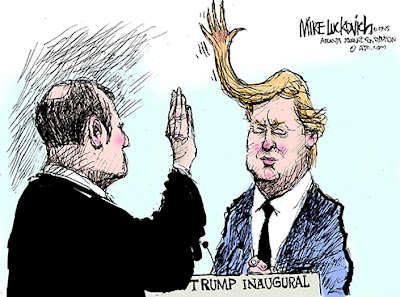