Picking Your Battles: The Meaning of Words

Because I care about getting things right, and because I'm a teacher (also qualifying for some uglier labels such as "pedant," "curmudgeon," and "control freak"), I can't stop myself from writing this post, knowing all the while that it's probably an exercise in futility. I frequently tell my son, nephews, and students that you have to "pick your battles." Wasting energy on debates not worth having is stupid. I only wish I would always follow my own advice.

This post is about the mispronunciation or misuse of a number of words that are pet peeves of mine. But they are not all equal. Some of these words are so engrained in society that their mispronunciation is now the norm. This means that the English language, as it always has, is changing, and I just haven't caught up. Those battles are not worth fighting, but even though the war is over, I thought I'd mention them all the same. There are others listed below where I'm still standing guard, sword in hand, fighting off the mistakes with desperate slashes.


A. The Battle Is Lost and I Surrender 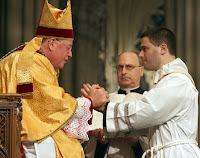 "Celibate": Catholic priests take both a vow of chastity and another of celibacy. The two words can't therefore mean the same thing, though people constantly confuse them and say "celibacy" as if it meant sexual abstinence ("chastity"). It doesn't. The word "celibacy" derives from the Latin caelebs, meaning "unmarried." However this misunderstanding is so common (and the word "chaste" is itself dying out), that I quit. If you're abstaining from sex, call yourself celibate if you like, and I certainly hope you enjoy yourself, but you're technically right only if you happen to be unmarried.

"Decimate": The word derives from the Latin: decimatio; decem = "ten," and originally meant to reduce a force by one tenth. Why have such a strange mathematical word? It came from a Roman army punishment in which a group of soldiers who did something wrong were told that instead of slaughtering them all, only one tenth of their number would suffer that fate as an example to the rest. Hence the "decimation" of the troops. Nowadays "decimate" is almost never used in this fashion, but has morphed into meaning any great reduction in number ("the town's population was decimated").

"Dry" Martini: People now use the word "dry" when ordering a martini to indicate it should have very little vermouth added to the gin/vodka. That is not its original meaning, which referred to the choice between "sweet" or unsweetened ("dry") vermouth. I've long ago given up mentioning this, but I do have something more to add about the proper amount of vermouth in martinis. Many martini "experts" are proud of how little vermouth they allow in their drinks. One told me that the ideal method is to pour in the gin and then quietly whisper the word "vermouth" over the glass. Nonsense! That drink isn't a martini—it's iced gin! A martini should have some vermouth, and among epicures there are wide variances from 50/50 to the classic 4 parts gin to 1 part vermouth. I use that formula when concocting the "Whaley Martini," which people tend to enjoy. When asked what's the new ingredient, I shake my head solemnly and reply it's a secret, but the real answer is "vermouth." 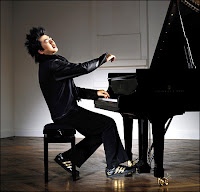 "Forte": This is an instance where I weep for a lost pronunciation. If you're saying the word as two syllables ("for-tay") you'd better mean "loud," as in a musical passage ("the pianist played the opening notes 'for-tay'"). The use of "forte" to mean someone's special ability or talent ("he had a forte for imitating others") is properly pronounced as one syllable, rhyming with "court." However, this mistake is so pervasive that the battle is over, and my white flag is waving sadly in the air. If you say "forte" as one syllable when referring to ability, people will simply think you don't understand how to pronounce the word correctly and will sneeringly look down upon you. (Evil person that I can be, I sometimes pronounce it correctly in my classroom just to see if anyone will have the temerity to come up later and challenge me.)


B. The Battle Goes On

"Cognoscenti":  Here is the dictionary definition of the word:
co•gno•scen•ti [kon-yuh-shen-tee]
–plural noun: persons who have superior knowledge and understanding of a particular field, especially in the fine arts, literature, and world of fashion.

The problem is how to pronounce the strange spelling, and it's a bear of a task to get right. In the chosen family I've developed here in Columbus, Lorri Latek (who has been my non-biological sister for over 30 years) and I struggled to master it, knowing that it's an embarrassing word to mispronounce (given that it means someone who has superior knowledge). As the years went by we kept finding new little things about the word until we finally succeeded. The two key sticking points that most people miss are (a) "cog" is never the first syllable—instead think of the liquor named "cognac" and you'll be on the right path, and (b) the "scen" is pronounced as if it were "sh," hence "shen." Practice until you can say it correctly without stumbling and then—at the risk being thought a snob—you'll be a paid-up member of the cognoscenti.

"I Couldn't Care Less":  This means just what it says: "I don't care at all."  Compare: "I could care less," which means you care some, since you could care less.  Is that really what the speaker usually means? 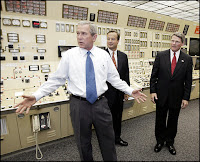 "Nuclear": George W. Bush was the chief offender here, saying "nucular" and causing people the world over to worry about his having the nuclear button near him at all moments during his Presidency.

"Often": To most people it's a surprise to learn that the "t" in "often" is supposed to be silent. In recent years you hear it pronounced more ofTen than not, but that not its proper pronunciation. In Gilbert and Sullivan's famous 1879 operetta "The Pirates of Penzance," the Major General learns that his many daughters have just been captured by the pirates, and the following dialogue occurs (with the Major General using his knowledge that, of course, these pirates never attack orphans, being orphans themselves). Note that if "often" were pronounced with the "t" intact the whole scene wouldn't make sense, but pronouncing it in the regulation way produces all the humor:

GEN. And now that I’ve introduced myself, I should like to have some idea of what’s going on.

SAMUEL. Permit me, I’ll explain in two words: we propose to marry your daughters.

GEN. Oh, but you mustn’t do that! May I ask – this is a picturesque uniform, but I’m not familiar with it. What are you?

PIRATE KING. We are all single gentlemen.

GEN. Yes, I gathered that – Anything else?

KING. No, nothing else.

EDITH. Papa, don’t believe them; they are pirates – the famous Pirates of Penzance!

GEN. The Pirates of Penzance! I have often heard of them. But wait a bit. I object to pirates as sons-in-law.

KING. We object to Major-Generals as fathers-in-law. But we waive that point. We do not press it. We look over it.

GEN. (aside) Hah! an idea! (aloud) And do you mean to say that you would deliberately rob me of these, the sole remaining props of my old age, and leave me to go through the remainder of my life unfriended, unprotected, and alone?

GEN. Tell me, have you ever known what it is to be an orphan?

PIRATES. (disgusted) Oh, dash it all!

KING. Here we are again!

GEN. I ask you, have you ever known what it is to be an orphan?

GEN. Yes, orphan. Have you ever known what it is to be one?

GEN. I don’t think we quite understand one another. I ask you, have you ever known what it is to be an orphan, and you say “orphan”. As I understand you, you are merely repeating the word “orphan” to show that you understand me.

GEN. Pardon me, you did indeed.

KING. I only repeated it once.

GEN. True, but you repeated it.

KING. But not often.

GEN. Stop! I think I see where we are getting confused. When you said “orphan”, did you mean “orphan” – a person who has lost his parents, or “often”, frequently?

KING. Ah! I beg pardon – I see what you mean – frequently.

KING. No, only once.

GEN. (irritated) Exactly – you said “often”, frequently, only once.


"Zoology": If you're applying for college and tell the admitting officer you plan to study "ZOO-ology" you'll have trouble getting in. The first syllable of the word is pronounced with a hard "o": "zō-ology." There's no "zoo" in zoology in spite of the spelling. 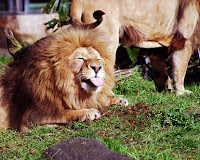