The Carolers: A Comic Christmas Song 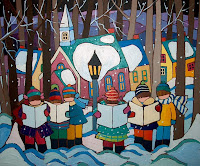 If I worked in retail and had to endure the same Xmas songs being played constantly as background music I'm sure at some point I'd just lose it. About the 4,000th time through, say "The Little Drummer Boy," my sanity would snap, and I'd go down on all fours, biting customers on the ankles and snarling like a mad dog until captured and institutionalized. One can only take so many rum pum pum pums.
Through the years I've collected Christmas songs that are not the usual fare. These come from many sources, including Broadway shows, which are a surprisingly prolific source for new holidays music. I'm particularly fond of comic Christmas songs such as "I Want a Hippopotamus For Christmas" (I have several versions, including one sung by The Three Stooges!) or "I Saw Mommy Kissing Santa Claus" (which, when first released in 1952, was condemned as immoral). But only a few of my favorites are funny, and many are quite lovely. Years ago I put them on a looped recording and played them during the holidays in lieu of the usual fare. I assumed visitors would be pleased to hear this new Christmas music, but my then-partner Jerry's mother complained that she missed the traditional songs! That hurt.

To add to the festive mood of late December, I once wrote a comic Christmas song of my own, "The Carolers," and included it on my album, "Strange Songs" (see the post of that title, September 29, 2010, explaining the madness). You really need the music to appreciate "The Carolers" completely, but I thought it might amuse you to get some idea of the piece. We recorded it in 1977, with Gregory Stobbs singing the lead vocal, Tim Ihle at the piano, and "The Strange Songs Choir" (all law students or law professors of the day) performing their hearts out, while William Cooper, another law student, handled the sound effects (which were extensive). I myself sang the voice of the monster at the end.

[A loud and happy group of carolers, both men and women, sing a series of "fa, la, la"s. Then the soloist takes over.] 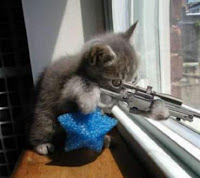 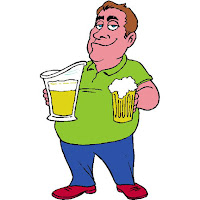 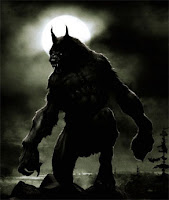 My nephew Adam, when around eight years old, became fascinated by "The Carolers."  He played it for a number of his friends, thus traumatizing an entire neighborhood.

Should you care to hear the Strange Songs album version of this choral masterpiece, you can listen to it free at http://douglaswhaley.bandcamp.com/track/the-carolers.