Telephone Trees and Other Horrors of the 21st Century 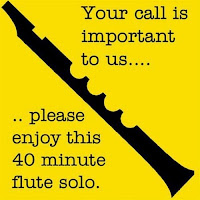 I will turn 75 this September so, readers, let me take you back to a world from the last century where things worked like this:

1.  When you called the phone number of a business or governmental agency a real person answered your call and promptly directed you to the appropriate area of the entity.  This real person spoke English in a clear fashion and could be reasoned with if there was a problem.  I know this is hard to believe, but try.

2.  Life did not revolve around a little machine that you were required to carry with you at all times lest you miss important messages (emails, texts, popup warnings) or be stranded without entertainment.  If you were going to be detained and wanted something to amuse yourself you carried a physical book.  I know this sounds crazy.

3.  You were not exposed to unwanted advertisements in every direction you turned and particularly not when trying to do something important like seeking help in an emergency or troubling situation.  It would have been considered rude to begin a contact with a prospective customer by forcing him/her to first view and then delete an ad.  Businesses doing so would have been shunned into bankruptcy. 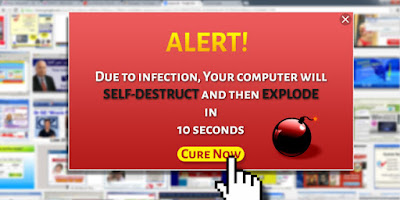 But what I miss most about these “good old days” was that the entities with whom you had dealings were very good (on the whole—there were, of course, exceptions) with listening to your problem and suggesting a solution.  Nowadays when you face a problem, say a difficulty caused by your television cable company, there are a number of gloomy steps you can anticipate before you ever get to the final person who might be able to help you.  You can bet you’ll spend something close to an hour before there's any chance of a resolution. 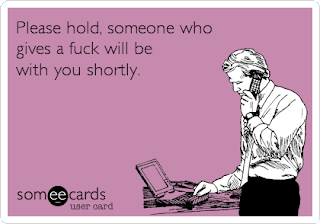 Consider my dilemma of last Saturday.

As a certified Chicago Cubs fan since 1968 (see Related Posts below for the evidence) I have been thrilled since the Cubs finally won the World Series (after a drought lasting since 1908).  My enthusiasm led me this year to signing up (at a cost of over $170) with Spectrum for access to the Major League Baseball channels that broadcast most games on a daily basis.  Every day I hunt up and record the Cubs game and DVR it so that I can watch it at my leisure later in that day or the next, skipping commercials and rain delays and replays and conferences on the mound, etc.  It takes me about two hours to watch a game, and faster if the Cubs get far ahead or behind.

Every so often the game I have chosen fails to record, but this is rare, or was until this past weekend when for two days in a row scheduled recordings failed to materialize. 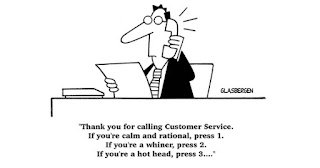 With considerable dread (since I have had these dismal telephone battles with Spectrum in the past) I put in a call to Spectrum and encountered the usual telephone tree, starting with a cheery recorded female voice asking me to answer a series of questions (“Is this call in connection with the account listed for the phone number you have used to call us today?”).  I endured various mechanical queries until I was given choices for the next step, and I chose “Cable Box,” hoping it would be right.  Reaching the next branch on the tree I was told there would be a wait but that they would call me back if I wanted them to, so I chose that option and hung up.  Ten minutes later a real person in the voice of a woman who sounded like it had been a long day for her asked me to describe my problem.

I launched into an explanation of all of the above, adding that I was paying extra for this service and it was annoying to have it fail me, and then asking how it could be fixed.

“You’ve reached the wrong department,” was her laconic response.  “Let me transfer you to the television branch.”  Trying not to snarl I replied, “Please,” and waited through about two minutes of flute solo until a young man with a confident voice asked how he could help me.  I took a deep breath and recreated my story once again, with the same plea about wasted money, and then waited for his expertise.  “Sounds like you should have rebooted,” he commented dryly.  This annoyed me.  I have in the past rebooted the cable system when told to do so, but didn’t know it was expected of me for any and all problems.  The man smugly replied, “Oh, you should reboot every two weeks to keep the system running properly.”  I felt anger rising in me.  “And how would I have known this?” I asked.  He ignored by question and merely repeated, “It’s just what you should be doing.  Of course we could send out a man to look over the problem in a day or two, but if you’ll just reboot regularly that should solve the problem.”  Suppressing words I first learned in my Navy days and tamping down the urge to demand that some of my wasted money be refunded, I muttered that I would try it and clicked off. 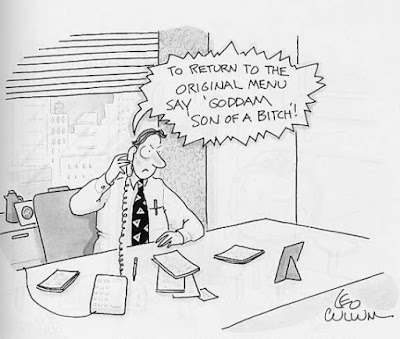 I did reboot and since then have successfully recorded one game, but I’m still pissed.  Now I must train myself to reboot every two weeks to solve problems that Spectrum itself creates, and (like most consumers in 2018 I'm resigned to accept that it was all my fault) I will probably adapt to this regimen.  I abandoned up any attempt to press Spectrum for a refund of some of my money.  The amount is too small and even though I could make them do it (I’m a Professor of Law and a nationally known expert on consumer legal rights) it would take more effort than it's worth.  Pursuing this with the smug young man I'd been talking to would have led me further into the Spectrum telephone maze before I got to their legal department and explained how easy it would be for me to file a complaint in the Small Claims Court and the joy it would give me to put a garnishment on Spectrum’s bank account if the company didn’t promptly pay up.  I have done such things in the past when sufficiently angered, but recovering, say, $4.84 wouldn’t be a wise expenditure of my time, however pleasurable it would be to annoy Spectrum in this way.  You have to pick your battles, so I surrendered on this one.

But consider what sheep we’ve all become in 2018.  The corporations with whom we must deal (and governmental agencies, etc.) really don’t care if their consumer complaint systems are efficient from the consumer’s point of view.  Their major concern is to set up a system convenient (and cheap as possible) for the company.  The electronic voices get no pay and don’t drain corporate coffers in the way human operators would.  And once most people realize that there is no simple solution that will help, many of them will just live with the agony rather than spend an inappropriate amount of time scaling that telephonic tree, wasting a productive part of the day.  Apparently there’s no profit in making things easy for your customers once you’ve hooked them. 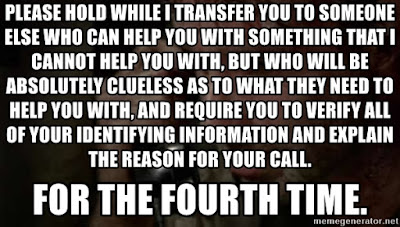 So, damn it, I’m a sheep because I can’t be anything else if I want to watch those Cub games. 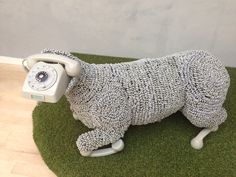 “My Battle with Sony To Get a Refund on a DVD Player”;
http://douglaswhaley.blogspot.com/2015/07/my-battle-with-sony-to-get-refund-on.html