Six Years Ago Today They Cut My Heart From My Chest 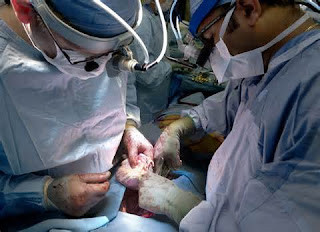 Yes, they did, and I assume they threw it away.  That Monday was, just like today, the Monday before Thanksgiving, the November 23rd of 2009.  I was dying of an enlarged heart, and had had atrial fibullation for over a decade, sometimes wondering if the irregularity of my heartbeat would cause me to collapse in front of my law school class. I was of course hoping not, but, you have to admit, it would be a hell of an exit.  However on that Monday I was still up and breathing after ten months on the transplant list, and happily sitting at my computer at 10:30 in the morning when the phone rang.  The pleasant female voice on the other end calmly said, “Mr. Whaley, we have a heart for you.”

Now, readers, that was the most startling sentence I’ve ever heard in my life, and my old heart started thumping in my chest as if it weren’t going to wait for the transplant, but escape immediately, say through the throat.  The doctors had said that I wasn’t likely to get a new heart (if at all) until 2010, some months away.  That seemed far off.  It was one thing to think “next year” and another to realize that TODAY—stay with me here—they were going to cut open my chest!!!!  They were going to cut out my heart!!!!  AND they were going to insert the heart of a stranger!!!!

By midnight I had a new heart and eight days later I was home.  Modern medicine works miracles so casually sometimes. 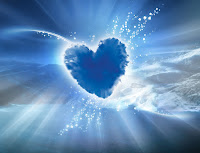 I have written about this incredible day before [see About “That Heart Transplant,” January 24, 2010; http://douglaswhaley.blogspot.com/2010/01/about-that-heart-transplant.html], so I won’t go into the details as I did then.  There are other tales in Recent Posts below that add much to the story.  Suffice it to say that in spite of setbacks [see “Mama Cat Saves My Life,” October 23, 2011; http://douglaswhaley.blogspot.com/2011/10/mama-cat-saves-my-life.html], six years later I’m in great physical shape and so very pleased to be alive as I awake each morning.

As Thanksgiving approaches I have much to be thankful about and many people to thank.  First, let me acknowledge the tremendous medical team (doctors, nurses, staff) who have so kindly and professionally brought this miracle to life, then smile at my wonderful family and friends who have done so much to make this journey both pleasant and exciting, and finally bow my head to my heart donor, Andrew (a mere 27 at the his tragic death the Sunday before transplants were made of five of his organs plus much skin tissue) and his family for whom what was my happiness was their nightmare.  In the photo below Andrew—quite the cook I’m told by his mother—was cleaning up after the feast he’d prepared for Thanksgiving in 2008 (his last Thanksgiving).  I’m not normally sentimental, but cannot look at this photo without instantly tearing up.  Even more amazing is the fact that in his teenage years Andrew had been in plays in Columbus and I’ve been on the stage with numerous actors who knew and remembered him fondly (and who were devastated to hear of his early death—they stare at my chest with a wondrous expression). 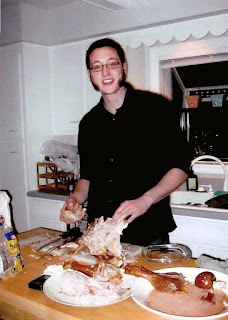 The biggest change in my life since 2009 has been my marriage on November 9, 2013, to David Allen Vargo, the wonderful Floridian I met in January of that year when I went to Fort Lauderdale snowbirding.  He’s a true joy, day after day, and we’ve created a very happy life together.  Our original plan was to return to Columbus, which he’d never seen, sell my condo here, and then move back to Fort Lauderdale, but things took a strange turn when he fell in love with Columbus, Ohio, four seasons, the condo, my friends, and our three cats.  In the end we took the condo off the market just as we received a terrific offer, and decided to stay put (to the considerable dismay of his many friends in Florida). 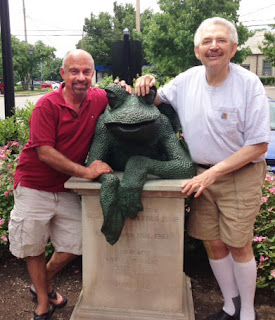 David and I share many interests, primary among them being a love of theater.  He has, off and on through his life, been a professional actor/director, and in Columbus he’s appeared in numerous plays, lately attracting the attention of professional companies.  He makes his living as a graphic designer (having done that for over 15 years in Florida), working from home and lately returning to school [Columbus State] to absorb new programs and possibilities of the 21st century.  Each year we plan a trip to New York City to see shows and visit old friends, and are scheduled to do that this coming March during Spring Break (I will be teaching a course in Sales Law at Ohio State, and happily our spring breaks are identical).

The best thing about 2015 was the Supreme Court’s decision in Obergefell v.Hodges, which took our New York marriage from being a legally tricky issue to just ordinary (yawn) marriage.  On the day the decision was handed down, by a great coincidence, the wonderful Craig Covey, one of the key players in the creation of Stonewall Columbus, our gay rights organization founded in 1981, happened to be driving to Columbus from his home in Detroit to spend the weekend with David and me, and his participation in the Buckeye Gay Marriage merriment was a special treat.  He and I were young gay warriors long ago. 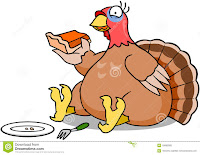 So on Thanksgiving this year David and I will climb in the car and drive to Indianapolis to spend the day and night at the home of my ex-wife Charleyne Fitzgerald and her husband.  There will be 14 people there, though, alas, our son and daughter-in-law elected not to fly in from Seattle.  David and I are bringing the pies, and a good time (and doubtless several extra pounds) will be acquired by all.

I wish everyone reading this post a terrific Thanksgiving.  May you have as much to be thankful for as I do. 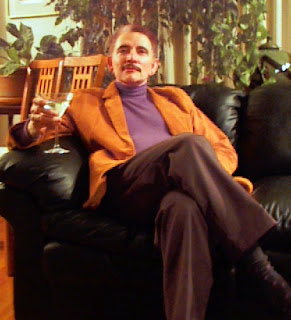 “On Being Lucky: The Second Anniversary of My Heart Transplant,” November 23, 2011; http://douglaswhaley.blogspot.com/2011/11/on-being-lucky-second-anniversary-of-my.html