An Atheist at a Believer’s Funeral

My longtime bridge partner, the wonderful James Griffith, died on January 2nd after major problem with his lungs. He was 77, about to turn 78 this month. I loved this terrific man (and his darling wife Sherry), and will miss him a lot. I will continue to see Sherry as we keep rooting the Ohio State basketball team on to victory as the three of us did in the past.

The funeral service was held in the Methodist church where Jim and Sherry have long been cherished parishioners. Jim was a believer, but he knew I was an atheist and that never bothered him. It was a subject about which he could joke ("I sure hope I’m right and you’re wrong.") He read my atheist thriller novel "Imaginary Friend," and professed to like it, being particularly startled by the ending.

The church setting was beautiful, hymns were sung, and there was a moving sermon by the minister, who clearly knew Jim well, and spoke with humor and compassion about this much-loved person.

For an atheist attendance at a religious ceremony is always somewhat awkward. At a funeral particularly is atheism an unwanted guest. Consider the very comforting Biblical verse the minister read. 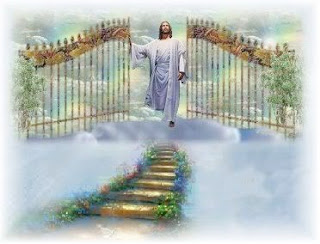 Since everyone knows an atheist doesn’t believe this, it’s a good time to keep quiet and look noncommittal. During the hymns that is also the right attitude, but what’s one to do when the minister asks everyone to join in a public prayer (printed in the program), with frequent crowd responses of "We give Thee thanks, O God" expected after intonations such as "For the dear friends and kindred of our homes whose faces we see know more, but whose love is with us forever, . . . and for members of our household of faith who worship Thee now is heaven"? I remained silent rather than be a hypocrite, but found myself hoping no one would notice my nonparticipation. No one did, or at least no one commented upon it to me.

What would I say, I asked myself, if someone questioned my failure to make the suggested praise to their god? I decided that when a family and group of friends is grieving in a house of worship where I have voluntarily entered, it’s their religion that rightly sets the tone, and it would be wrong to mention atheism in any way. Doing so would impliedly announce, "You’re all wrong. Dead is dead." That would be a most unpopular and stupid response, and focus the event away from the true purpose of the gathering. Instead I settled on a statement I was, happily, not required to use: "My religious views are private and I would prefer not to discuss them." If pushed ("Aren’t you an atheist?") I would repeat it and change the subject ("This is a beautiful church, do you know how old it is?").

Along with another of his friends and both of his surviving children, I was called upon to say a few words about Jim, so I told some humorous stories about our adventures at the bridge table before concluding with:


But even atheists must admit that a belief in an afterlife is of great comfort for the bereaved survivors on the death of someone dear to them. The quote from John 14, above, with its assurance that Jim is still "living" is some sense, makes it much easier to go on without his continued physical participation, and to "talk" to him as if he were still listening.

I don’t, of course, think that believing in some supernatural and fantastical place, without evidence of any kind, is the sort of decision I could ever make, but its appeal in this setting is obvious. My take on death has been explained at length in other posts [see particularly "When Atheists Die" in Related Posts below]. I won’t repeat that, but here’s the link:

James Griffith lived a life anyone would have been proud of, and he leaves behind him a loving family and a large number of true friends. The pain of his departure is hard, but it’s also part of the life cycle for all inhabitants of the planet. I will miss him very much. 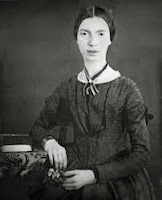 Jim’s son Tom set a nice tone for the ceremony when he read a poem by Emily Dickinson, and I think I’ll close this post with her moving words. 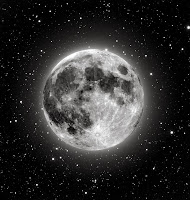