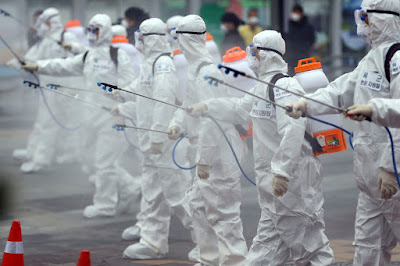 In the first three months of 2020 the presidential race narrowed down to President Donald Trump and former Vice President Joseph Biden, and polls seemed pretty close as March began.  But then, of course, the coronavirus erupted overseas and quickly spread across the globe and that changed everything, including the race.

As the world locked down and people were confined to their homes while civilization collapsed around them, things began to look pretty bleak on many levels: health, economics, access to services, basic survival, and so much more.  Death tolls rose dramatically and the victims were often the elderly and/or those with pre-existing health problems.  I myself was particularly worried since I turned 77 in 2020 and, having had a heart transplant eleven years ago, took daily medication to lower my immune system so it wouldn’t reject that heart.

Predictably Trump, handling the virus crisis in his usual bumbling fashion (going from “it’s a hoax” to “I always said it was a pandemic” in the blink of an eye) began accessing the situation to see how he could profit from the catastrophe all around him.

As early predictions proved wrong and it became clear that the infection would not run its course until well into 2021, Trump announced that the November election should be postponed indefinitely until normality returned, probably in a year or two. 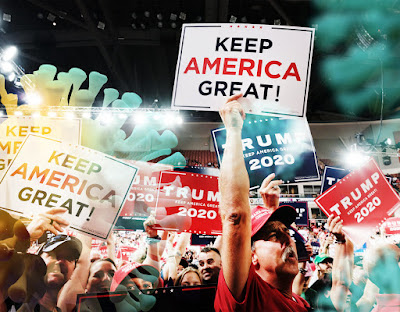 This caused a major uproar—greater than anything Trump had faced before (including his impeachment earlier in the year)!  The Democrats were furious!  There is no authority in the Constitution to alter the time of the election or to postpone it because of some problem.  “It’s implied in the powers of the presidency,” Trump and his experts replied, as Trump issued an executive order declaring that the election would not proceed until further notice.  Lots of people, including some Republicans, compared this to a coup—the destruction of the democracy itself in favor of a dictatorship!  The Donald pooh-poohed these accusations, saying he was just a place maker for the winner of the eventual election which would be held when possible at some unknown date in the future.  In spite of the virus riots broke out, and the virus spread more rapidly, but Trump ramped up his own crowds to a frenzy in favor of the plan, and, of course, as Commander in Chief he put the military to work controlling the uproar and stifling dissent. 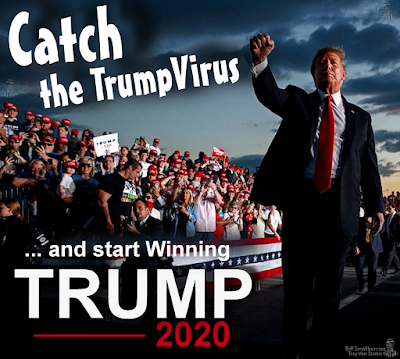 It looked like he would have his way too, but then strange things began to happen.

Donald Trump, once he was forced to believe in the virus, had appointed Mike Pence, his VP, to run the administration’s response team, and they both held many meetings and press conferences to determine and explain the various measures being taken to combat the plague.  But unlike other countries doing the same thing, who spaced their leaders out six feet apart in governmental gatherings, Trump, Pence, and cohorts all clumped together around the podium.  Inevitably this meant that the virus, getting hold of first one and then another, spread rapidly throughout the Trump administration.  Both Donald Trump and Mike Pence came down with it, and, sadly, both succumbed to the disease, Trump dying first in early October, and Pence two days later (thus having the shortest presidency in the history of the United States).

By the terms of succession House Speaker Nancy Pelosi was then sworn in as the 47th President of the United States.  She immediately declared that the election would be held as usual, with provisions made for voting electronically.

Things looked good for Joseph Biden at this point, but, alas, he too contracted the virus and died just a week before the election. 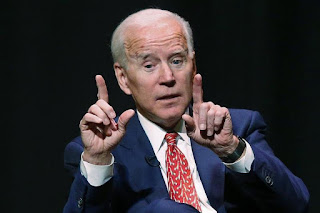 You may all remember how both parties scrambled to select candidates at this late stage, and in the resulting mess the Democrats had to decide between Biden’s VP choice, Elizabeth Warren, and Nancy Pelosi herself.  Warren prevailed and, with only two days to go, became the Democratic nominee for president.  The Republicans hastily named Ohio Governor Mike DeWine (because DeWine had handled Ohio’s response to the virus so admirably), and there was no time for accurate polling before the actual election on Tuesday, November 3rd. 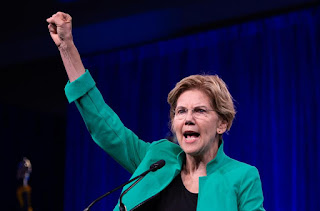 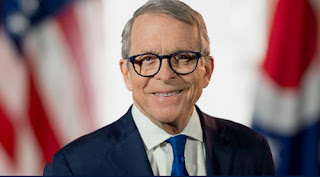 Well, you all know how the election turned out.  But no one would have predicted that result in March of 2020, right?  And the swearing ceremony for the new president on Tuesday, January 19, 2021, when the virus was still a major health threat to the nation, was conducted inside the White House, televised, in front of a very small gathering of officials and family.  They all stood six feet apart of course, and Chief Justice Roberts swore the president in via Skype. 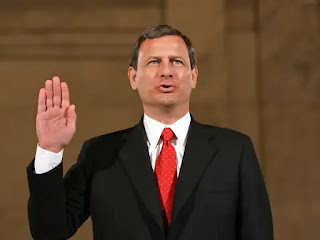 Now I’m sure that we all, whatever our political party, wish the president a successful term of office and hope that this virus subsides and allows us to get back to normalcy once more.

At the very least the Trump era is over!  [And also there is a popular proposed amendment to the United States Constitution currently working its way through Congress: from now on no one will be allowed to be sworn in as president who will be above age 70 as his/her term of office begins.] 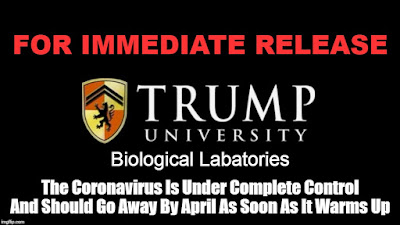